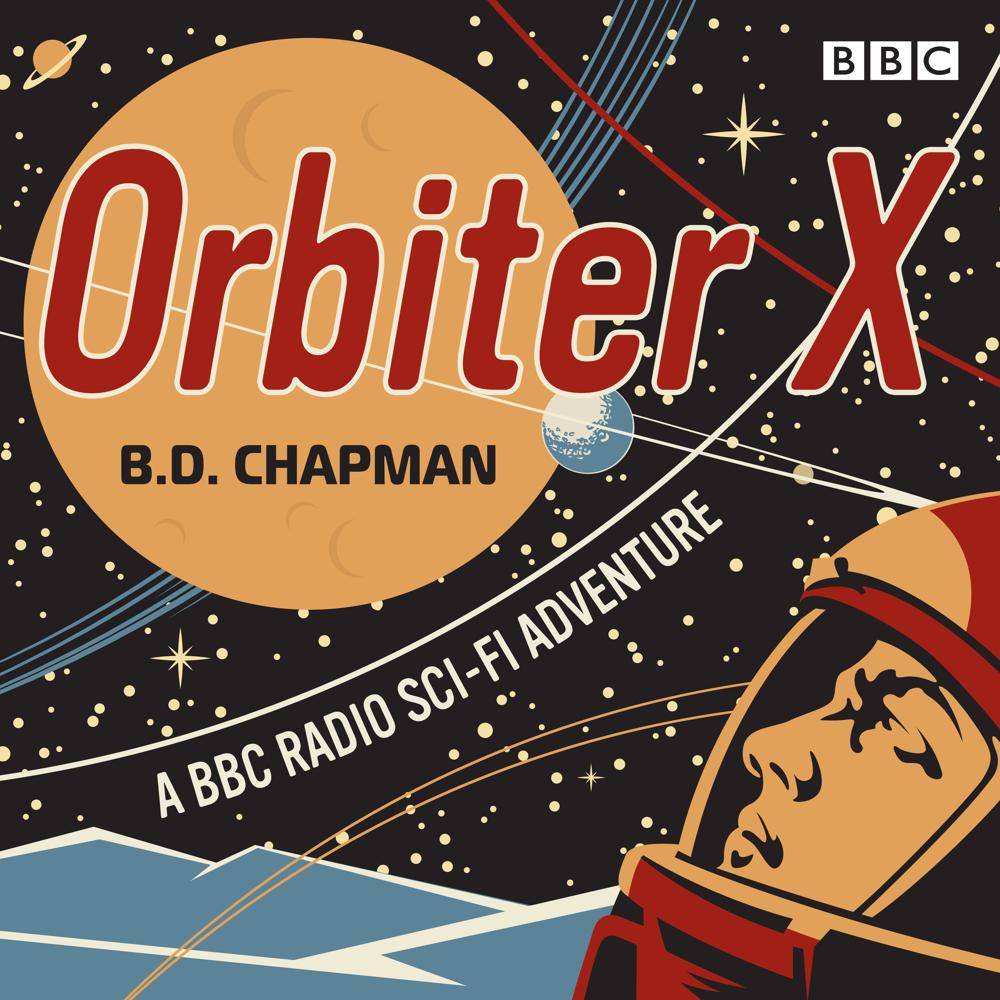 A sensational sci-fi serial from the birth of space exploration

First broadcast in 1959, a fortnight after the Soviet Luna 2 space probe crash-landed on the Moon, Orbiter X thrilled radio audiences with its gripping and topical story of plucky British astronauts and their bold plan to conquer space. The original recordings were presumed lost, but fortunately a set of discs made for overseas broadcast survived to be found and remastered by Radio 4 Extra in 2016. Included here are all 14 episodes of the rediscovered serial.

The road to the stars begins with the prefabricated components of a space station being rocketed into orbit. Shaped like a giant wheel and codenamed 'Orbiter X', the platform will boast synthetic gravity, produced by the rotation around the central hub, and is designed to circle the Earth in a rapid polar orbit. Equipped with a laboratory, observatory and living accommodation for the crew, it will enable mankind to explore the solar system and perhaps even set foot on the Moon...

But before construction can begin, the first assembly ship, Orbiter 1, loses contact with mission control following an apparent collision. A second craft, Orbiter 2, piloted by Captain Bob Britton, is sent out to rescue the first crew, but finds Orbiter 1 deserted and the ship's log missing. Orbiter 2 has been led into a trap - and before they can escape, Britton and his team find themselves under attack...