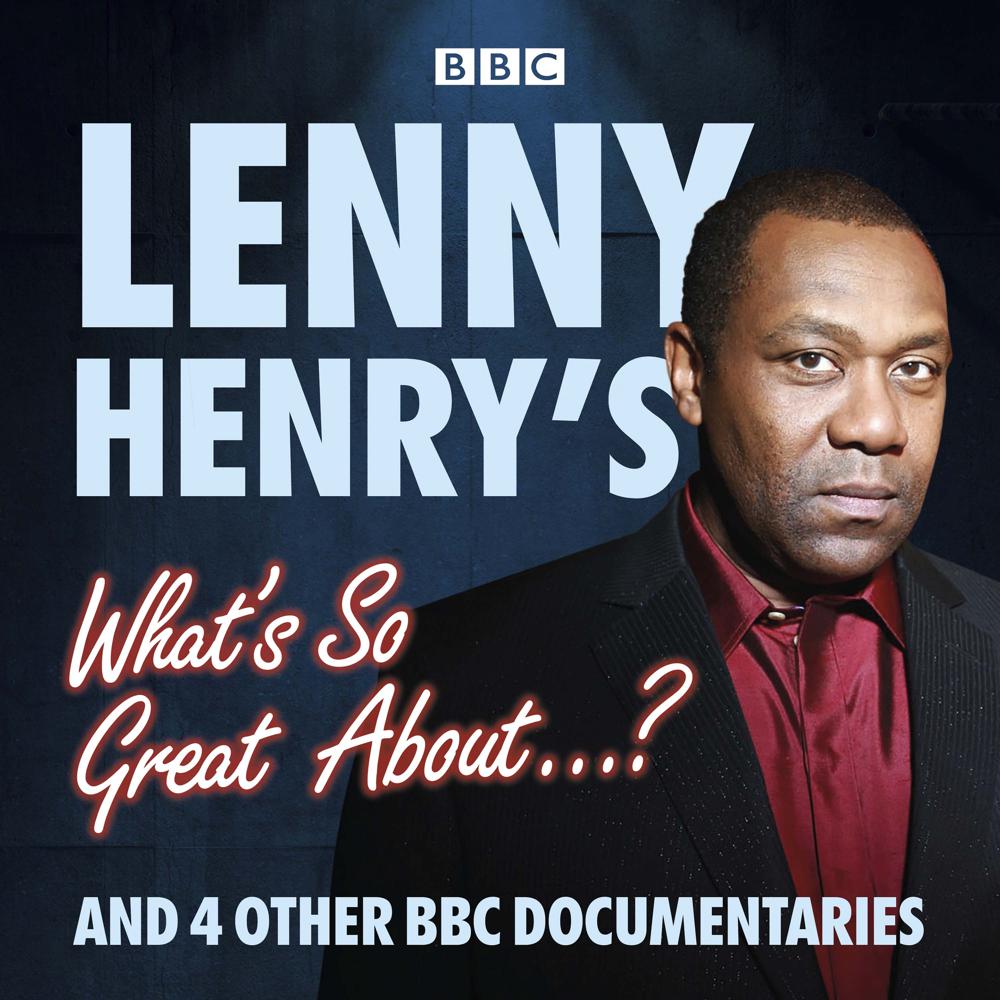 A collection of BBC radio shows presented by comedian and actor Lenny Henry.

Stand-up comedian, actor, writer, singer, TV presenter: Lenny Henry is a multi-talented Renaissance man with a wide range of interests. But there are a few things (and people) he just doesn't get, despite their iconic status - and in What's So Great About...?, he explores them to find out what makes them so appealing. He questions the mystique surrounding Method Acting; discusses the benefits of Life Coaches with Phill Jupitus; hears about the joy of Maths from Carol Vorderman and asks Simon McBurney and Fiona Shaw to persuade him of the genius of Samuel Beckett. He also investigates the art of Jackson Pollock, meets stars from the world of Snooker to discover the lure of the cue and chats about Chaucer with Terry Jones.

Lenny was once sceptical about Shakespeare too, but he's now a passionate convert. In Lenny Henry Plays Othello, we follow him as he embarks on his first straight stage role and first Shakespearean role, playing one of theatre's most tragic characters. From voice coaching to first night nerves, we eavesdrop on his journey from comedian to tragedian.

In August Shines, inspired by his theatrical success in August Wilson's Fences, Lenny travels to Pittsburgh to tell the story of the Pulitzer Prize-winning African-American playwright. The city was also home to the bad-boy pop artist whose work Lenny explores in Andy Warhol: Time Regained. Visiting the Warhol Museum, he learns about the 'Time Capsules' - an artwork consisting of 300,000 eclectic objects assembled across the last 13 years of Warhol's life - and joins the audience for the unboxing of the mysterious Capsule 528...

Finally, in the compelling 10-part series Raising the Bar: 100 Years of Black British Theatre and Screen, Lenny traces the long, painful road that black Britons have travelled on stage and screen, from the overt racial discrimination of the 19th Century, via the veiled slurs that persisted throughout the 20th, to today's more equal society. Talking to playwrights such as Kwame Kwei-Armah, and actors and directors including Carmen Munroe, Yvonne Brewster and Steve McQueen, he tells the story of black drama and the influential artists who have shaped it over the past century, and looks to the future to examine the prospects for young black British talent.