How To Invent A Country
Misha Glenny 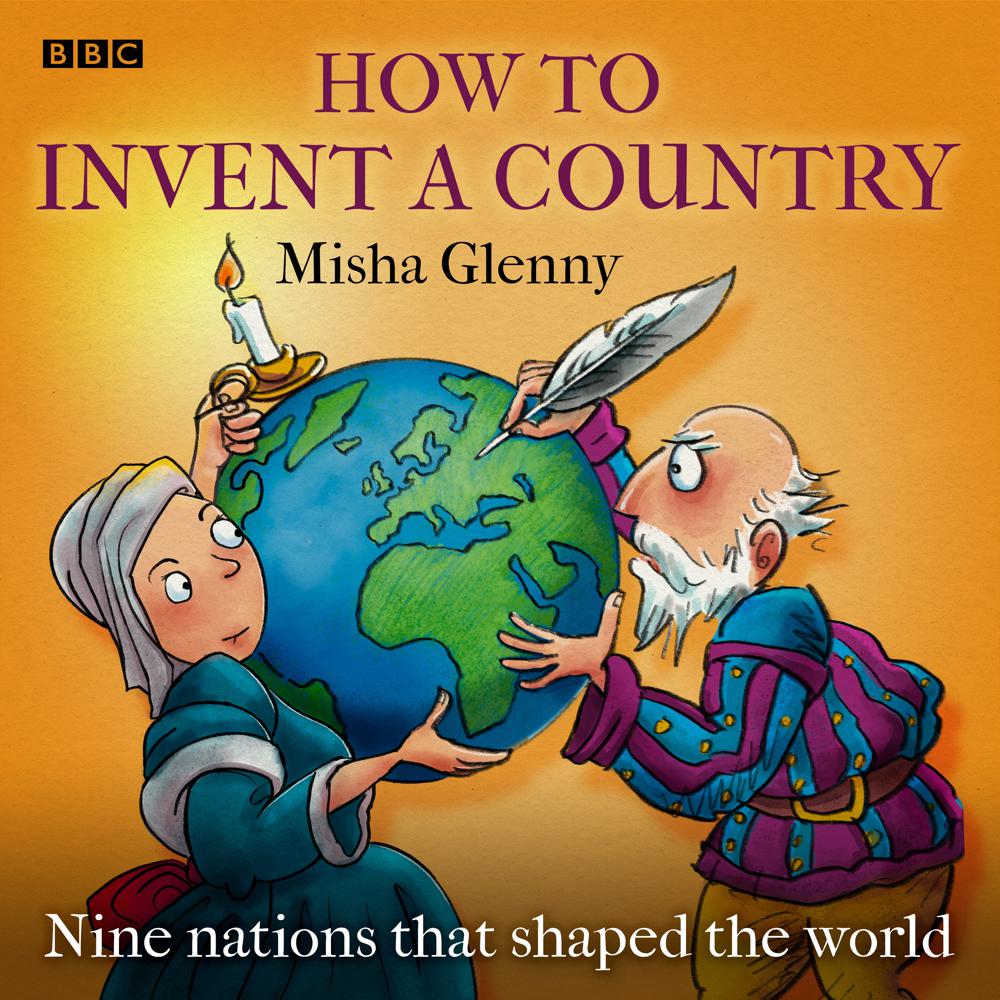 'Glenny does the sort of history I wish I had been taught at school'
Jemima Lewis, The Telegraph

Former BBC Central European correspondent Misha Glenny investigates the borders, stories and people of nine countries worldwide, and asks how they acquired the shape and character they have today. Aided by a wealth of expert contributors, he discovers the geographical quirks, Game Of Thrones-style battles and history-changing personalities that have defined each nation - busting some persistent myths and stereotypes along the way.

In Germany, Glenny blows away the fog of Nazism to reveal the country's high culture and often feeble past, taking us from the Thirty Years' War to the rise of Prussia and the emergence of a unified nation. Spain chronicles the rise and fall of an empire - from 1492 to 1898, from Columbus to El Desastre - and explores the fractured state of the nation, both in history and now. In Italy, Glenny tells a tale of fragmentation, occupation, unification (and the birth of the Mafia), and expansionist dreams that led to mass Italian bloodshed in the First World War. Brazil sees him stripping away the happy imagery of carnival and beach volleyball to expose a dark colonial history, as he charts the country's transformation from giant factory farm for Europeans to modern BRIC economy.

France considers Joan of Arc's part in resisting the English invasion, analyses the French Revolution through Robespierre, and looks at the other Napoleon: Napoleon III, whose defeat ultimately led to two world wars. In The USA, Glenny examines the creation of the most powerful nation in the world, from the Founding Fathers to frontier wars and the melting pot of immigration. In The Netherlands, Glenny explains how the country is much more than just Holland, probes how a few boggy Netherlandish provinces became one of the military and trading heavyweights of the world, and wonders why Belgium exists. And in Britain, he presents the story of England, Scotland, Northern Ireland and Wales, from Offa's Dyke to Hadrian's Wall via London, Derry and Edinburgh. He delves into England's dominance of the United Kingdom, discusses the significance of our island status, and ponders British identity, asking what binds us - and what divides us. And in Ireland, Glenny learns about Catholics, Protestants and the early seeds of war.

This collection also includes three extra series on things that have shaped Europe as much as any nation: The Alps, which divide Europe and swallow up armies, Giuseppe Garibaldi, the legendary Italian general, and The Habsburgs, a family who ruled in Europe for 1,000 years.

Written and presented by Misha Glenny
Produced by Miles Warde