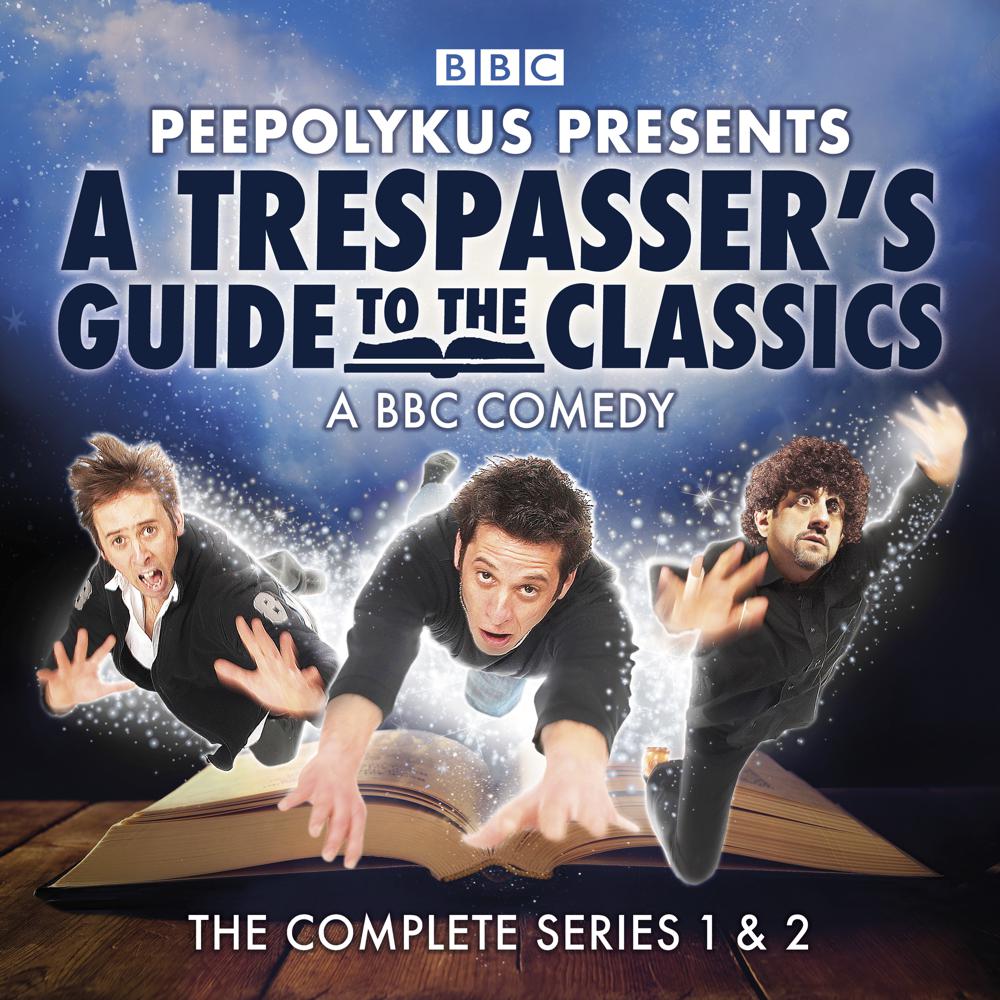 "In comedy terms, what Peepolykus can do is limitless " Variety

Peepolykus (pronounced 'people-like-us') have toured their irreverent brand of comic theatre in over 100 towns across four continents. Now they've taken to the airwaves, hijacking the great works of fiction to hilarious effect. Assuming the roles of minor characters in major works, they derail the plots through their own hapless buffoonery, and from Madame Bovary to Macbeth, familiar stories take an unexpected turn.

Two painter/decorators do irreparable damage to the portrait of a certain Mr Gray. An early plastic surgeon has her work cut out when she meets a Frenchman with the most wonderfully large nose. A pair of sailors, hiding out on a deserted island, are discovered by a long-forgotten castaway and his Spanish manservant. And a Whitby magician, preparing to compete with Harry Houdini, notices strange bite marks on the neck of a woman he has just met...

Anarchic, ridiculous and uproariously funny, A Trespasser's Guide to the Classics is written and performed by John Nicholson, Richard Katz and Javier Marzan.