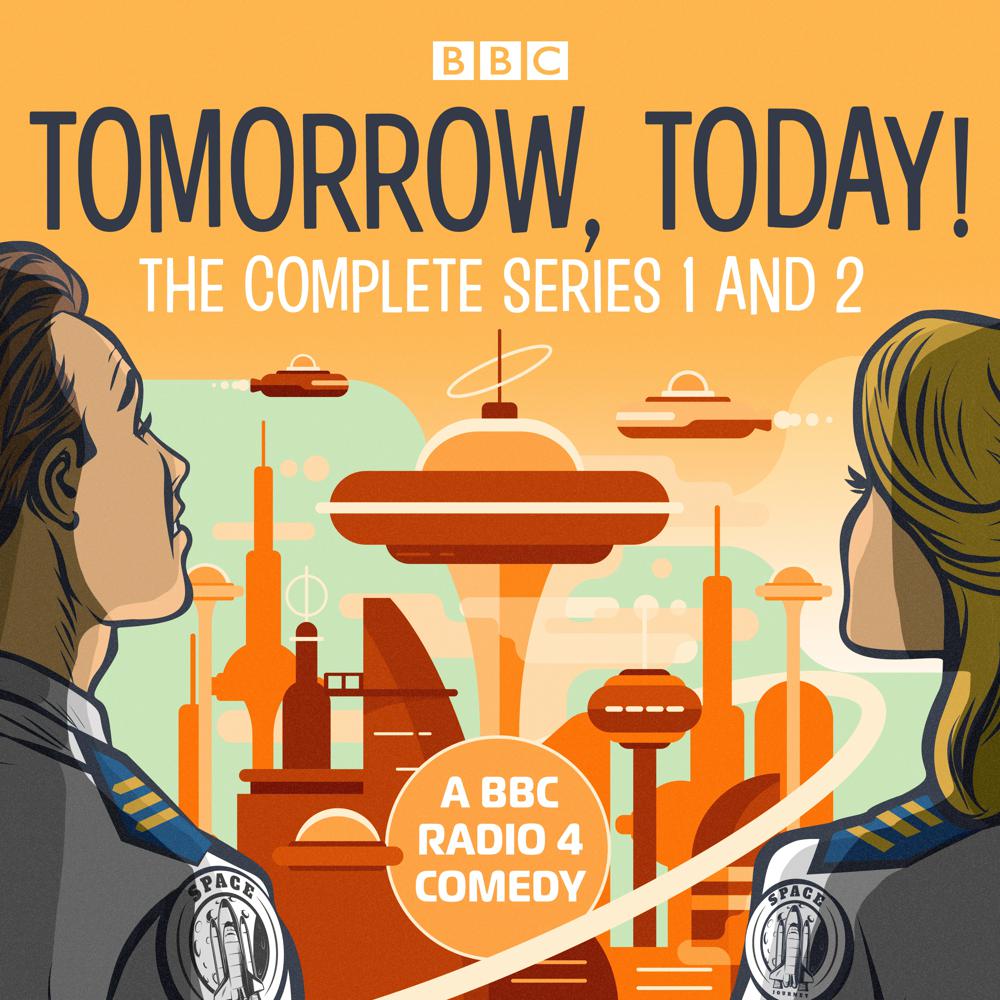 1961. Radio producer Hugo is proud of his new science fiction show. Admittedly, the dialogue is somewhat creaky, the two lead actors despise each other, and the sound effects were knocked up in the engineer's kitchen - but it has rocket-ships, hover-cars, robots and Martians. It's the world of the future, where anything can happen: and often does...

There's just one problem: nobody's listening. The future's about to be a thing of the past - until government intervention saves the series from cancellation. With the Russians forging ahead with space travel, BBC bigwigs are persuaded that Tomorrow, Today! could serve as a useful anti-Soviet propaganda tool.

Rescued from the scrapheap, the show is free to head fearlessly for the stars - including a renowned Shakespearean thespian cast in the role of an android. But reviews are poor, the Home Office won't stop interfering, and as 1962 dawns, things are looking dark. Two suspicious deaths lead to rumours of a curse, Hugo is tempted away to TV, and with Harold Macmillan set to guest star, the programme is infiltrated by a spy. As the Cuban missile crisis escalates and the Cold War hots up, the whole show relocates to Wales - but will that prove any safer?