Boxer and Doberman: The Complete Series 1 and 2
Alastair Jessiman 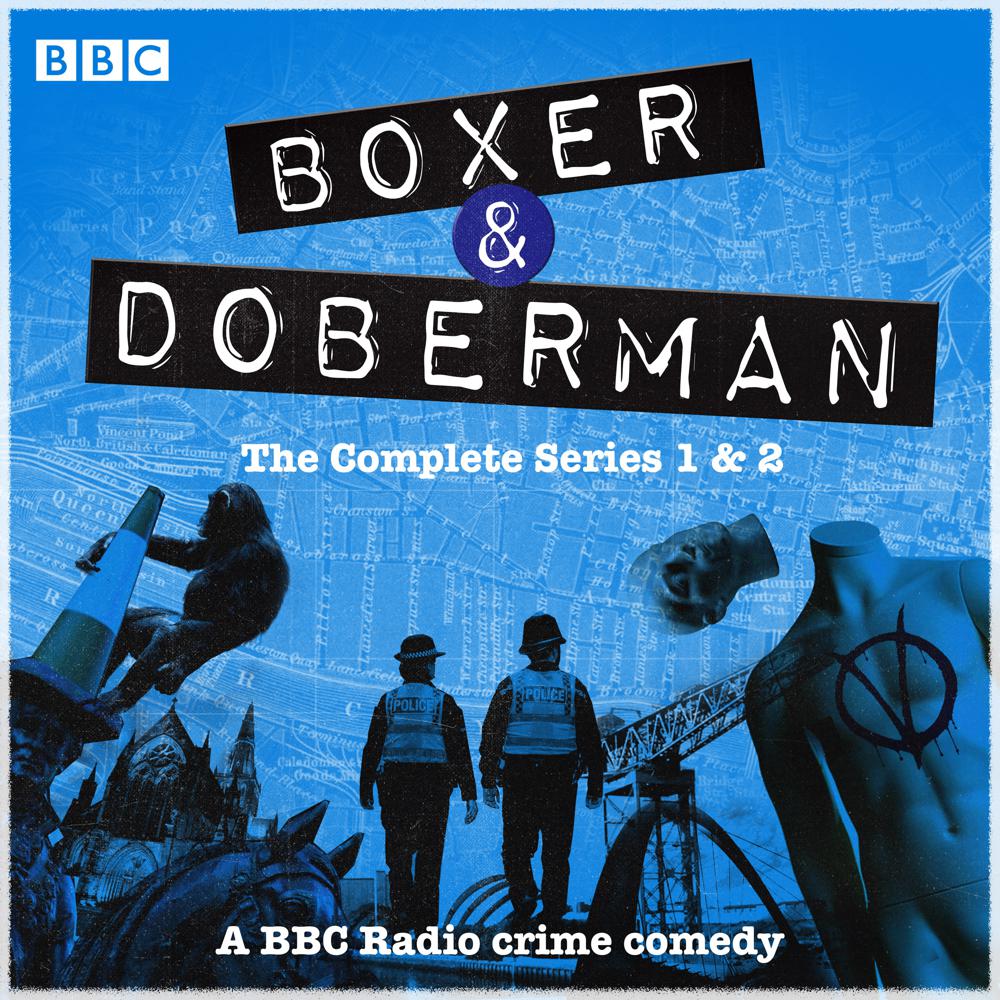 All six episodes of the gloriously gritty comedy crime drama

Taggart meets A Touch of Cloth in this parody police procedural featuring DI Bob Boxer and his sidekick DC Shona Doberman. They're an unlikely couple of cops - he's grizzled, old-school and wears a cardigan; she's young, instinctive and wields a Blackberry. But together they tackle cases so tough, they'd make Frost flinch and Rebus run away...

In Headless in Glasgow, a serial killer is targeting academics - can the duo track down the multiple murderer? The Killings in Kirkibrae sees them probing a link between some gruesome murders in Glasgow and some nasty deaths in an idyllic Highlands village. In The Big Cheese, Boxer falls into the clutches of a sadistic old enemy who exploits one of his deepest childhood terrors. Could a good cop really go bad? And in The Seat of Evil, Boxer and Doberman delve into a celebrity killing spree, as the plot thickens like fog on the Clyde.

Murder is Child's Play finds two rival crime bosses competing for a coveted children's book award. With Glasgow campaigning to win 'European City of Kindness', can our detective duo prevent gang warfare? Finally, in The Black Widow, when Boxer and Doberman are called to investigate the brutal slaying of a popular Scottish actor, they become entangled (as you do) in a web of intrigue - one that gets even stickier when Boxer falls for the victim's seductive widow...

Written by Alastair Jessiman, this sparkling send-up of the dour detective genre stars Finlay Welsh as Bob Boxer and Anita Vettesse as Shona Doberman, with James Bryce as DCI Paton.

The Killings in Kirkibrae
With Sheila Donald, Carol Ann Crawford and Crawford Logan

The Seat of Evil
With Steven McNicoll, Crawford Logan and Monica Gibb