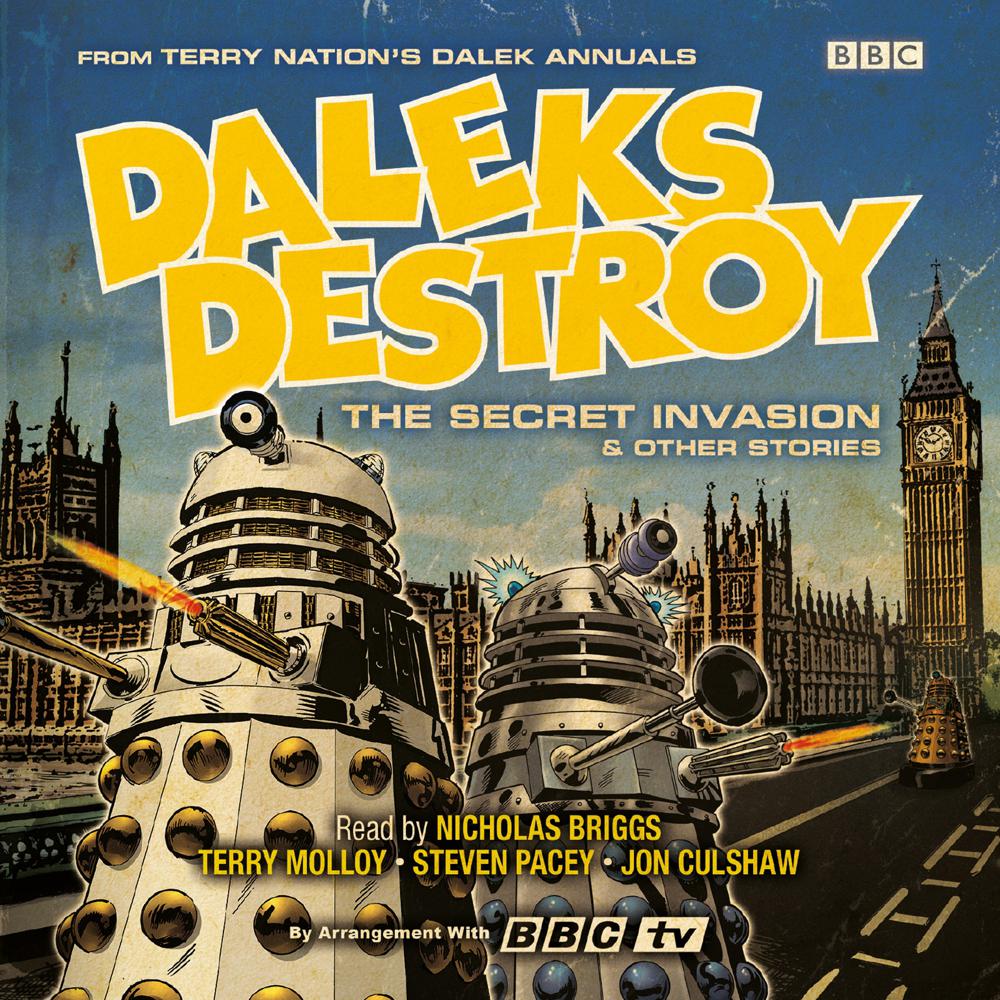 Attention: the war against the Daleks continues apace in this new collection of vintage stories from the pen of their creator, Terry Nation.

Our successful defence of the galaxy depends on all Anti-Dalek Force agents staying informed of the latest events, in outer space and on a variety of alien planets. That information can be found here!

Intrepid ADF agents Nicholas Briggs, Terry Molloy, Steven Pacey and Jon Culshaw relate a series of terrifying adventures - The Castaway, The Solution, The Secret Invasion and The Seeds of Destruction - and issue special briefings including Dalek Terminology, Dalography of Skaro, Recent Findings on the Moon and The Dalek War Machines. All material is authenticated from Terry Nation's Dalek Annuals and other books.

Whether in present day London or on further-flung shores, the battle with the Daleks is all around us. Listen now or be exterminated!