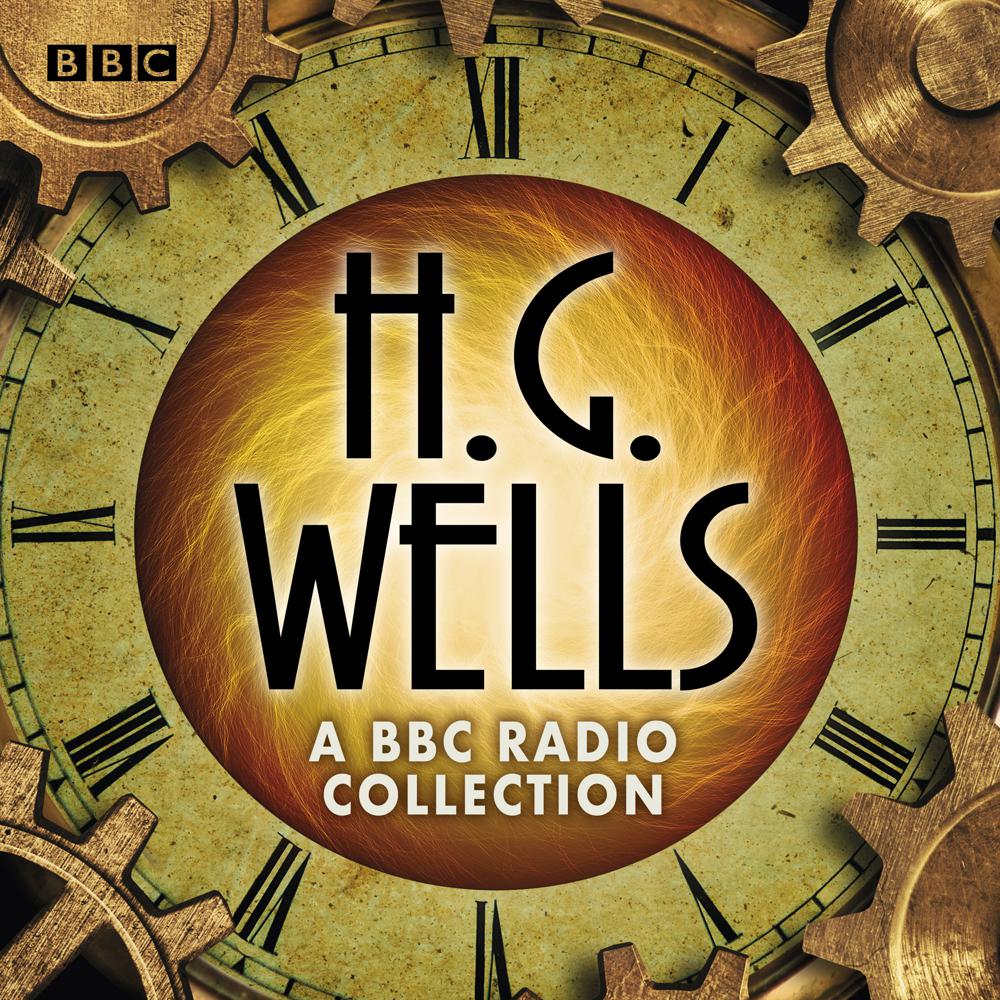 BBC radio productions of H. G. Wells' finest fiction - plus hear H G Wells in his own words in a selection of original radio broadcasts from the 1930s and 40s

H. G. Wells is one of the founding fathers of science fiction, renowned for his futuristic tales in which he predicted space travel, lasers, the atomic bomb and wireless communication. But in addition to his 'scientific romances', he also wrote numerous ghost stories, domestic comedies and Utopian novels espousing his ideals of socialism and feminism.

This collection features a selection of his best works from across these genres. Here are dramatisations of his sci-fi and fantasy classics, The Time Machine, The Wonderful Visit, The Island of Dr Moreau, The War of the Worlds and The First Men in the Moon, with stellar casts including Robert Glenister, Bernard Cribbins, Garard Green, Blake Ritson and Hywel Bennett, as well as a reading by Stephen Murray of The Invisible Man.

Wells' comic novels of lower middle-class life are represented by Love and Mr Lewisham (read by Paul Daneman), and adaptations of Kipps, Tono-Bungay and The History of Mr Polly, starring Mark Straker, Neil Dudgeon and Christopher Guinee. Also included is a dramatisation of his 'New Woman' novel Ann Veronica, with Amy Hoggartas the eponymous heroine and Bill Nighy as the Narrator.

One of Wells' most famous supernatural short stories, The Inexperienced Ghost, is dramatised with a full cast including Donald Houston and Christopher Guard, and four further short tales - In the Abyss, The Sea Raiders, A Dream of Armageddon and The New Accelerator - are read by Timothy Keightley and Robert Bathurst.

In the fascinating documentary H G Wells: The Invisible Author, Brian Morton asks whether the focus on Wells' science fiction has overshadowed his other authorial achievements. And we hear Wells in his own words as he discusses topics as diverse as world politics, the history of the printing press, the possibilities of technology and the shape of things to come...

Lastly, Martyn Wade's original drama The Wells Way brings H. G. Wells and George Gissing together at crisis points in their lives, as each tries to be more like the other. Julian Rhind-Tutt stars as Wells, with Joseph Millson as Gissing.

Contents:
The Time Machine
The Wonderful Visit
The Island of Dr Moreau
The Invisible Man
The War of the Worlds
Love and Mr Lewisham
The First Men in the Moon
Kipps
Tono-Bungay
Ann Veronica
The History of Mr Polly
In the Abyss
The Sea Raiders
A Dream of Armageddon
The New Accelerator
The Inexperienced Ghost
H G Wells: The Invisible Author
Radio speeches by H G Wells
The Wells Way by Martin Wade

With thanks to Keith Wickham