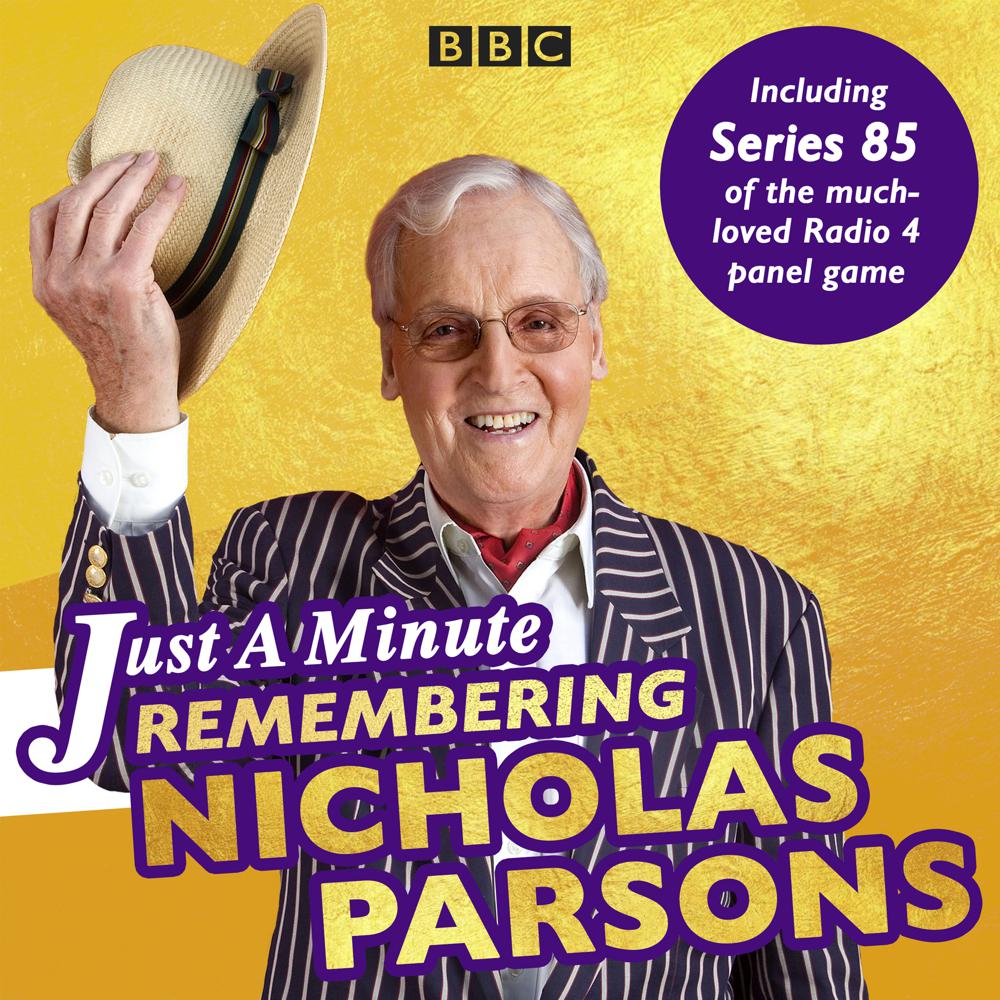 Nicholas Parsons was the host of the Just a Minute for nearly 52 years - from its first broadcast on 22 December 1967 until his last show on 23 September 2019, aged 96. He was a comedy 'straight man', West End actor, radio personality, game show presenter, chat show host, quiz master supreme, and larger than life stage superstar. Here we celebrate his life and work with a series of programmes compered by Paul Merton, plus Series 85 of Just a Minute - his final series.

In Nicholas Parsons: A Man of Many Parts, Paul Jackson tries to pin down the essence of Nicholas Parsons with the help of Paul Merton, Jean Diamond, John Antrobus, Laura Beaumont, Gyles Brandreth, Jill Sinclair and Adrian Edmondson.

Also included here is Nicholas Parsons' appearance as a castaway on Desert Island Discs. He reflects on his career spanning more than 60 years, despite not being an obvious star in the making.

Lastly, this collection includes the complete Series 85 of Just Minute, the panel game that rewards those who can talk the hind leg off a donkey. This is the final ever series hosted by Nicholas Parsons, with panellists including Paul Merton, Stephen Fry, Graham Norton, Jenny Eclair, Sheila Hancock, Phil Wang, Tony Hawks, Pam Ayres, Jan Ravens and Zoe Lyons.