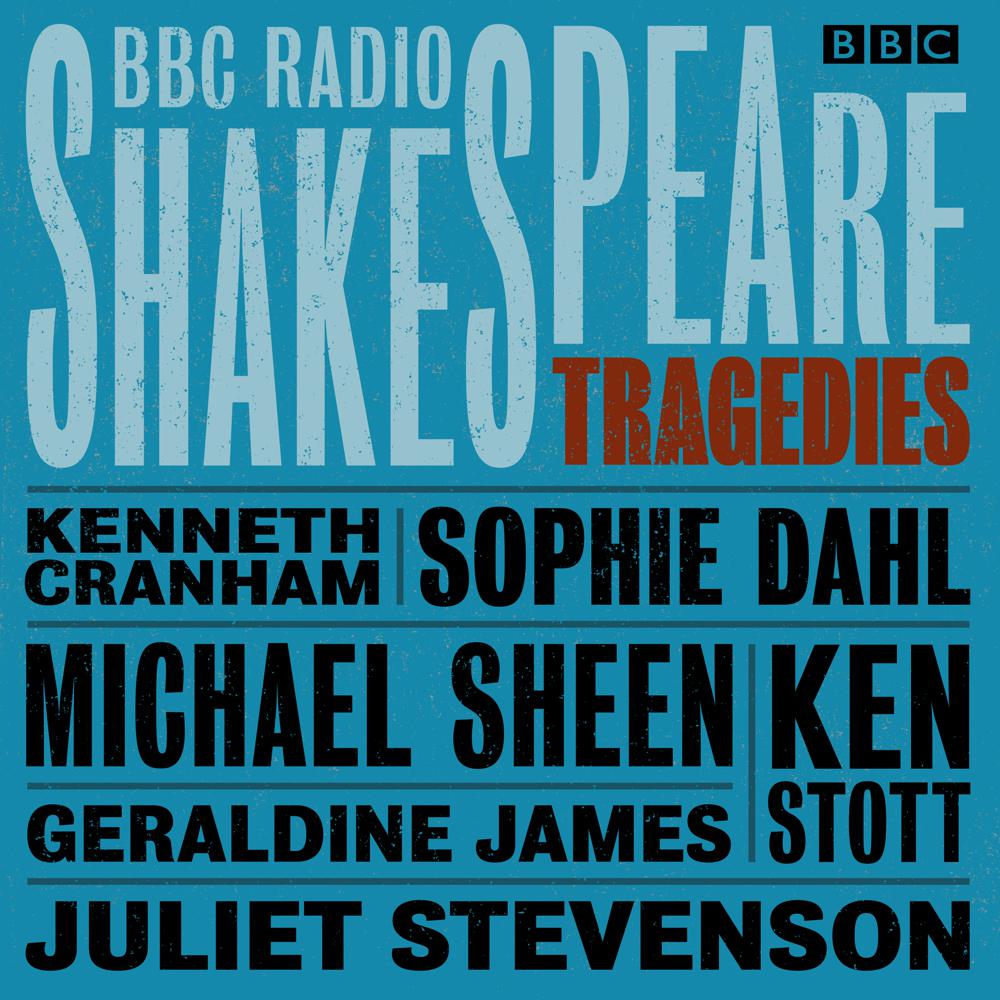 Treachery, betrayal and fatal power struggles are among the themes of these six iconic productions of Shakespeare's timeless tragedies. Featuring all-star casts, they are introduced by Sir Richard Eyre.

Hamlet
Shakespeare's powerfully poetic tragedy of murder, madness and revenge stars Michael Sheen as the Prince of Denmark, with Kenneth Cranham as Claudius and Juliet Stevenson as Gertrude.

Macbeth
In this notorious 'Scottish play', a lust for power and the prophecy of three witches transform a brave nobleman into a traitor and murderous tyrant. Ken Stott stars as Macbeth and Phyllis Logan as Lady Macbeth.

King Lear
The tragic consequences of evil triumphing over truth, and of the vanity of old age, are set in motion when Lear banishes his favourite daughter, Cordelia, from court. Starring Corin Redgrave as King Lear, with David Troughton, Geraldine James and Robert Glenister.

Othello
Evil cunning perverts a once noble mind, as heroic general Othello is destroyed by both his own jealousy and the machinations of the devious Iago. Ray Fearon stars as Othello, with James Frain as Iago.

Romeo and Juliet
An updated version of Shakespeare's tragedy of feuding families and doomed love, set in modern Verona and starring Douglas Henshall as Romeo and Sophie Dahl as Juliet.

Cymbeline
When Cymbeline discovers his daughter Imogen's secret marriage to Posthumus, he banishes her husband. But Posthumus's boasts of his wife's chastity provoke lachimo to attempt her seduction. Bill Wallis stars as Cymbeline.