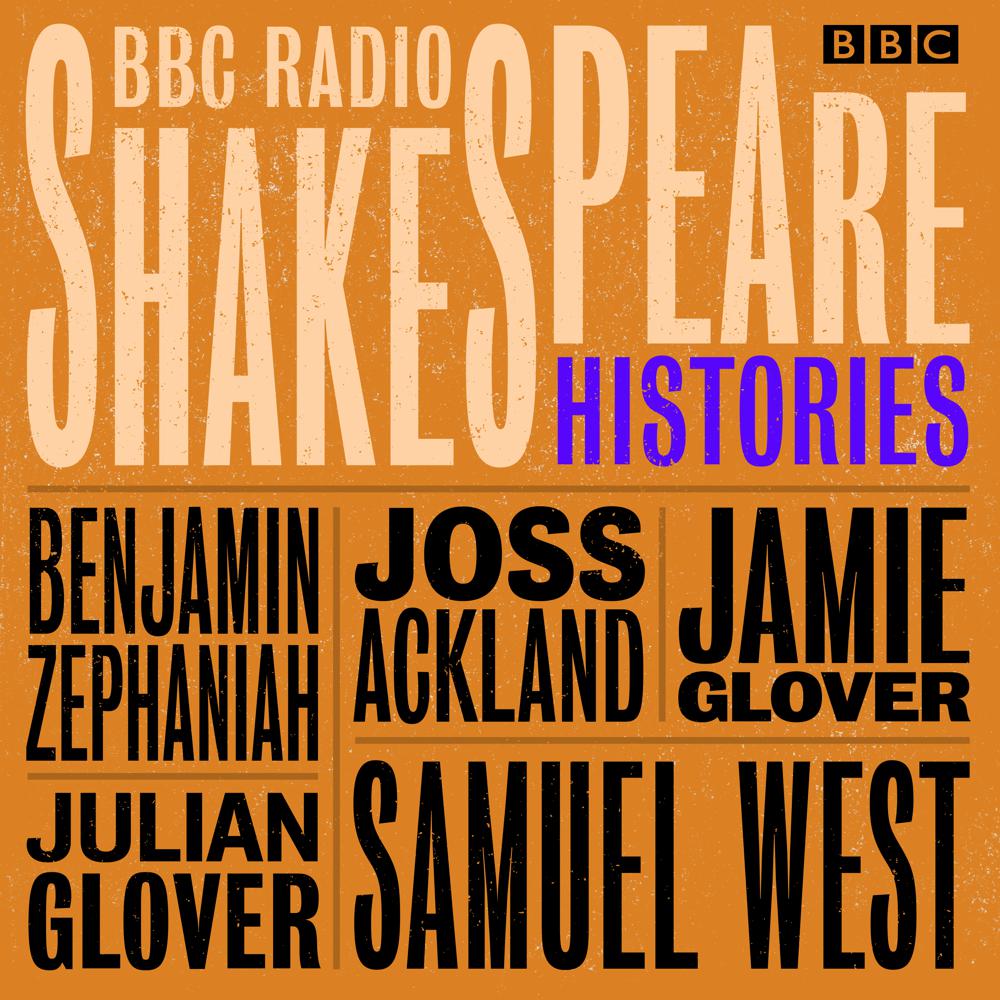 Henry IV, Part One
Young Prince Hal struggles with his responsibilities as heir to the throne, preferring the company of the dissolute Falstaff. But when England is threatened with rebellion, will he do his duty? Father and son Julian Glover and Jamie Glover star as King Henry and Prince Hal, with Timothy West as Falstaff.

Henry IV, Part Two
The realm is still in danger, and the King is dying. It is time for Prince Hal to fulfil his royal destiny - but what will become of his old friend, Falstaff? Starring Julian Glover, Jamie Glover and Timothy West.

Richard II
This lyrically tragic history encompasses themes of nobility and kingship, as King Richard is brought to his own destruction - but was he justly punished for his excesses, or a misunderstood victim? Samuel West stars as Richard II, with Joss Ackland as John of Gaunt and Damian Lewis as Bolingbroke.

Pericles
Featuring world music and a multicultural cast, this timeless tale with a contemporary twist features tyrants, incest, murder, young love, and a great hero cruelly separated from his wife and daughter. Will he ever see them again? Benjamin Zephaniah stars as the narrator, Gower.