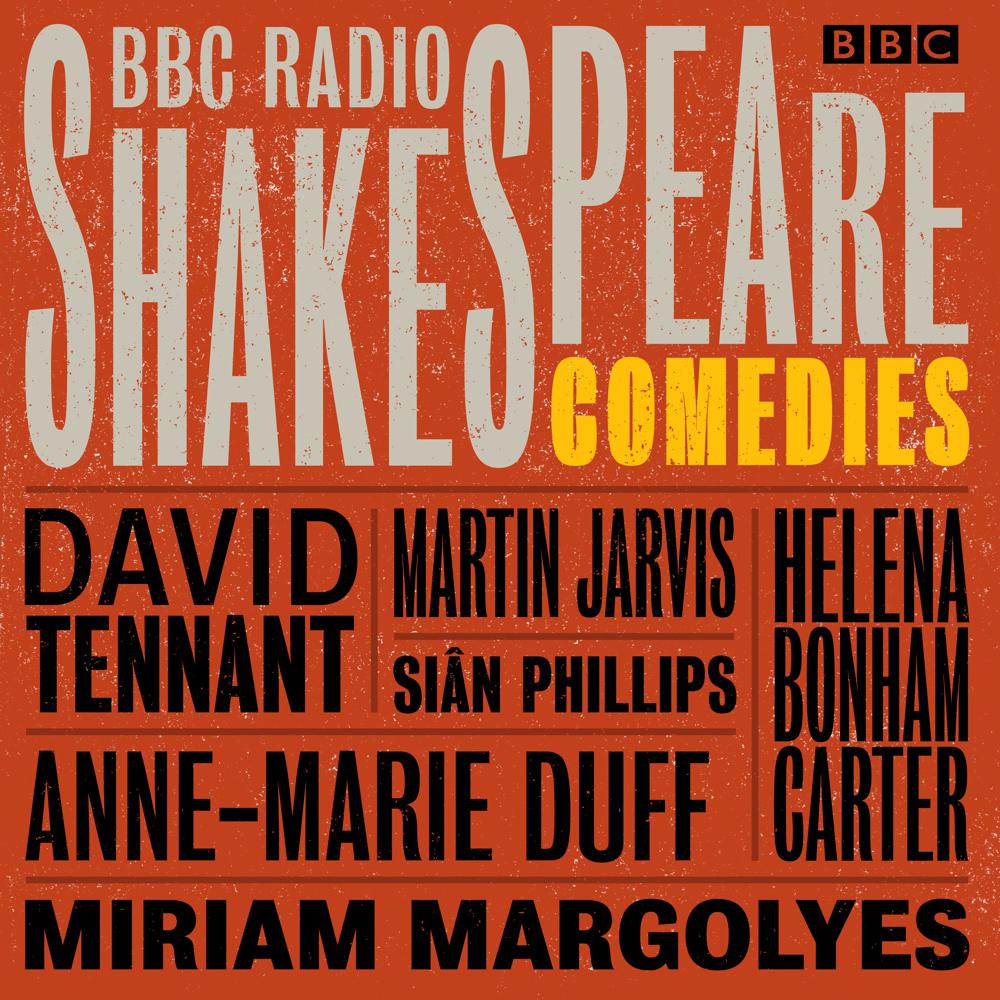 Much Ado About Nothing
Shakespeare's delightful comedy sparkles with the verbal sparring of our two reluctant lovers in a world where nothing is quite what it seems. David Tennant and Samantha Spiro star as Benedick and Beatrice.

As You Like It
The Forest of Arden resonates with declarations of love in this joyous pastoral comedy, starring Helena Bonham Carter as Rosalind, David Morrissey as Orlando and Natasha Little as Celia.

A Midsummer Night's Dream
In this delightful comic fantasy, four young lovers and a troupe of actors have a bewitching encounter with Fairyland. Starring David Threlfall as Theseus/Oberon, Sylvestra Le Touzel as Titania/Hippolyta and Amanda Root as Hermia.

The Merchant of Venice
Shakespeare's thrilling courtroom drama explores the eternal themes of love and hate, mercy and justice. Starring Warren Mitchell as Shylock, with Martin Jarvis as Antonio, Juliet Aubrey as Portia and Samuel West as Bassanio.

Twelfth Night
On the night when all the world is turned on its head, girls become boys and women lust after women, in this most optimistic of Shakespeare's comedies. Michael Maloney stars as Orsino and Anne-Marie Duff as Viola.

The Tempest
A ship at sea and an enchanted island are the settings for this allegorical tale of betrayal, sorcery, revenge and reconciliation. Starring Philip Madoc as Prospero and Nina Wadia as Ariel.

The Taming of the Shrew
Farce, disguise, elaborate role-playing and acerbic exchanges of wit combine to make up an extraordinary love story that still sparks controversy 400 years after it was written. Gerard McSorley stars as Petruchio and Ruth Mitchell as Katherina.

All's Well That Ends Well
This intriguing play tells of the questionable course of action a young woman takes to win the hand of the man she loves. Emma Fielding stars as Helena, with Siân Phillips, Miriam Margolyes, Richard Griffiths and Simon Russell Beale.