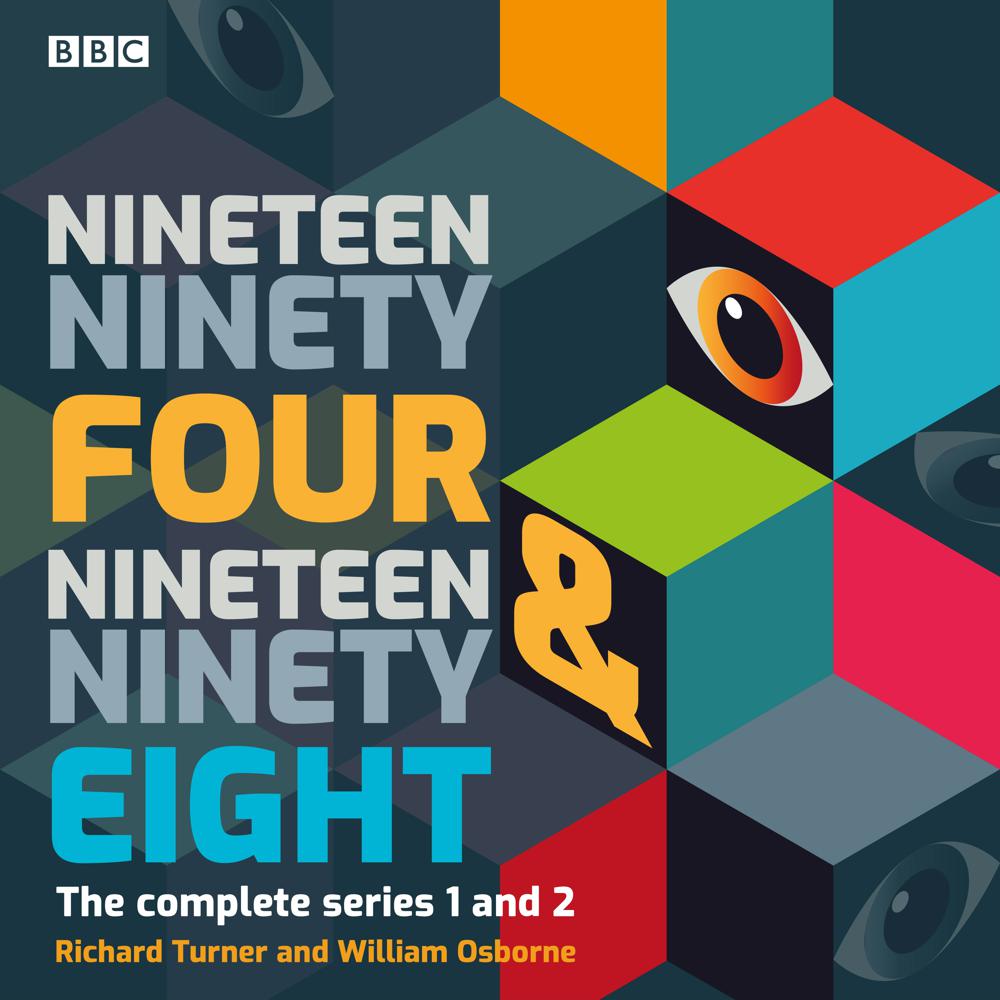 In this parody of George Orwell’s dystopian classic, everyman Edward Wilson finds his life taking a sinister turn when he becomes embroiled in mysterious government machinations.

Nineteen Ninety-Four sees our hero hired by the Ministry of the Environment. Probing a strange incident in Cumbria, he learns more about Sellingfield – a new town watched over by the guardians of consumerism. As his knack for blunt honesty gets him noticed (though not in a good way), he is put up for promotion (without really knowing why), and before long Edward is in charge of the Environment – but for how long?

Nineteen Ninety-Eight finds Edward trying to hang on to his girlfriend and dodging explosions. Forced to go on the run, he meets the Leopard, and soon his quest for truth becomes the Movement. But as Edwards’s allies are absorbed by Am Jap, he and Tabitha must finally face their foe, Colonel Brad. Is this the end of the line for the daring duo?