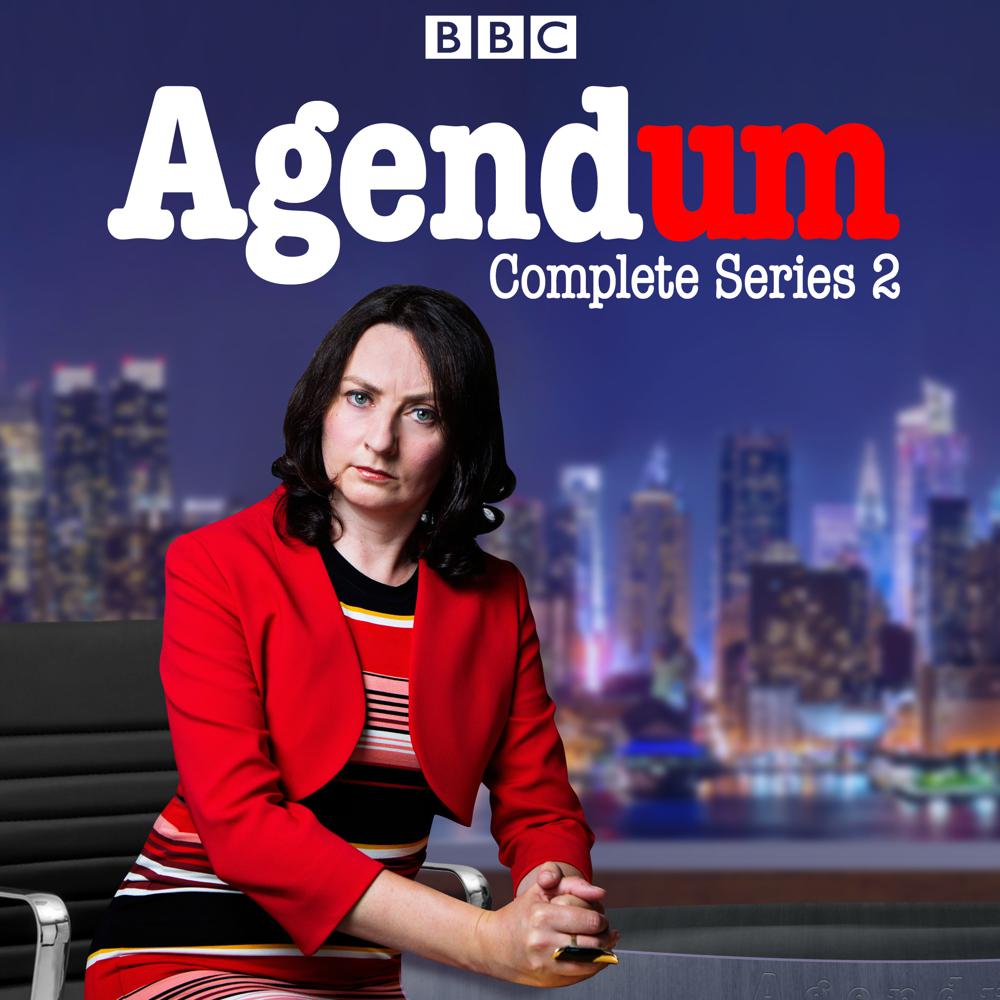 A current affairs parody & stupidly feasible visit to the 24-hour Hall Of Opinion Mirrors. Because there are two stories to every story.

In the first episode – “Stalemate” - a new trend in children’s parties and an international humanitarian disaster come under the Agendascope™. Plus - should Britain seek the expert advice of wheelwrights and hubmen?

In Episode 2, “Timebomb”, some exciting new old repeats on your TV, a new use for cardboard and shepherds pie quite literally sweeps the nation. Plus an extraordinary revelation about Kate Bush...

In the third episode, (“Meltdown"), we visit the English Channel, Liverpool and Waitrose and have an enjoyable chat about a new form of murder – all hosted by hostioneer Alexandra Palisades

And in the final episode- “Good Luck Everybody” - we save some succulents, stir the financial soup and discover whether Britain will be better off under a cheese and tomato sandwich

Created by Jason Hazeley and Joel Morris, the masterminds behind Philomena Cunk and the adult spoof Ladybird books, the show was piloted in September 2017 and sent off to Radio 4. 28 minutes later, it was commissioned for its first series, which started going out in August 2018. Instantly recommissioned, this is the complete second series