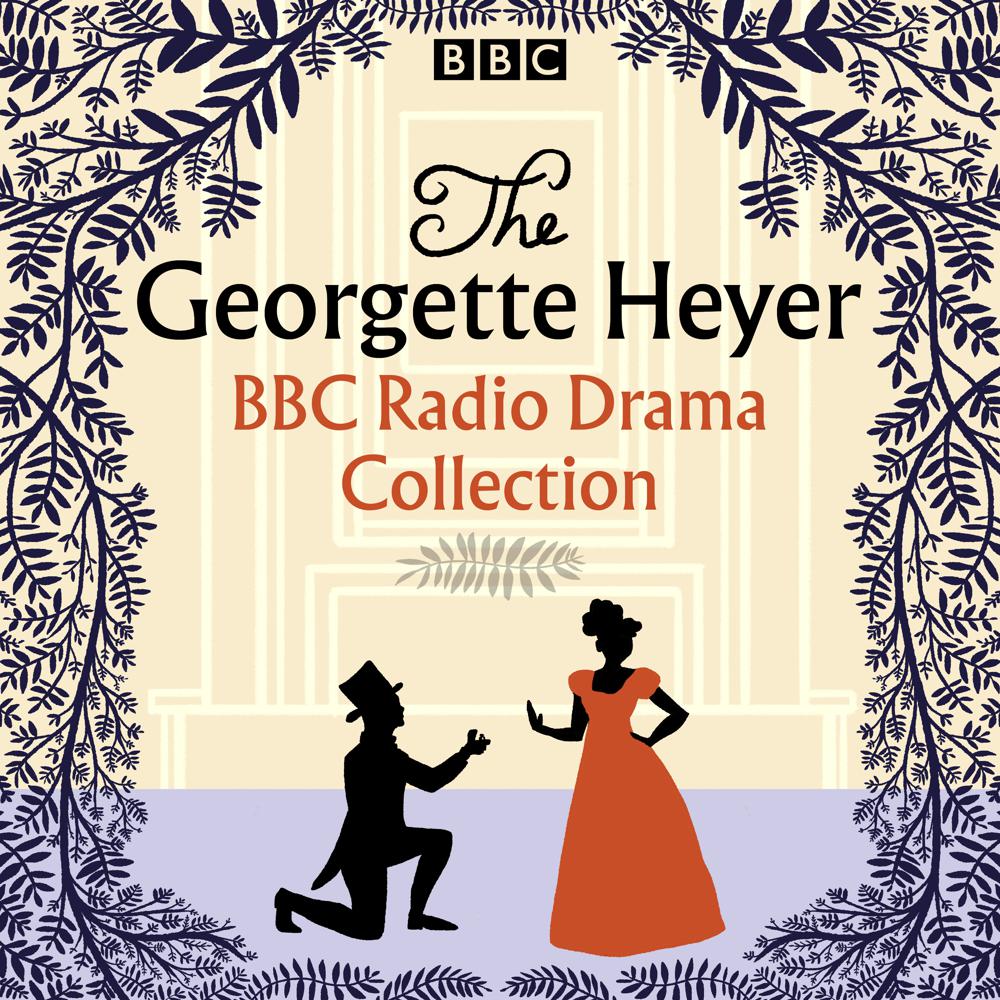 The acknowledged ‘queen of Regency romance’, bestselling author Georgette Heyer, also penned a dozen delightful mystery novels. Included here are dramatisations of four of her finest stories from both genres, full of her characteristic wit, charm and period detail.

Regency Buck
Pretty but shrewd Judith Taverner gallops in from the provinces and daringly defies the gaming, drinking and brawling world of Regency London to claim her rights, her fortune – and who knows, perhaps her happiness? Starring Elizabeth Proud as Judith Taverner and Simon Shepherd as Peregrine Taverner.

Friday’s Child
‘I’m going back to London! And I’m going to marry the first woman I see!’ is the cry of young Lord Sheringham when his proposal of marriage is rejected by Isabella, the Incomparable. True to his word, he takes the even younger Hero Wantage as his bride… Starring James Frain as Viscount Anthony Sheringham and Elli Garnett as Hero Wantage, with Simon Russell Beale as Jasper Tarleton.

Faro’s Daughter
Deborah Grantham’s position in a gaming house makes her utterly unsuitable as a wife for a nobleman, so Max Ravenscar determines to rescue his cousin from her clutches. But the bribe he offers does not go down well, and a battle of wits commences... Starring Sylvestre Le Touzel as Deborah Grantham and Nathaniel Parker as Max Ravenscar, with Anna Massey as Lady Bellingham.

Envious Casca
An English country Christmas in the 1930s, a Tudor manor house decked with holly, a family gathered for seasonal cheer – and a murder. Inspector Hemingway is on the case, but can he shake off amateur sleuths Toby and Jane French? Starring Peter Kelly as Inspector Hemingway, James Fleet as Toby and Helen Baxendale as Jane.