Something to Shout About: Series 1-3: A BBC Radio Comedy
Myles Rudge and Ronie Wolfe 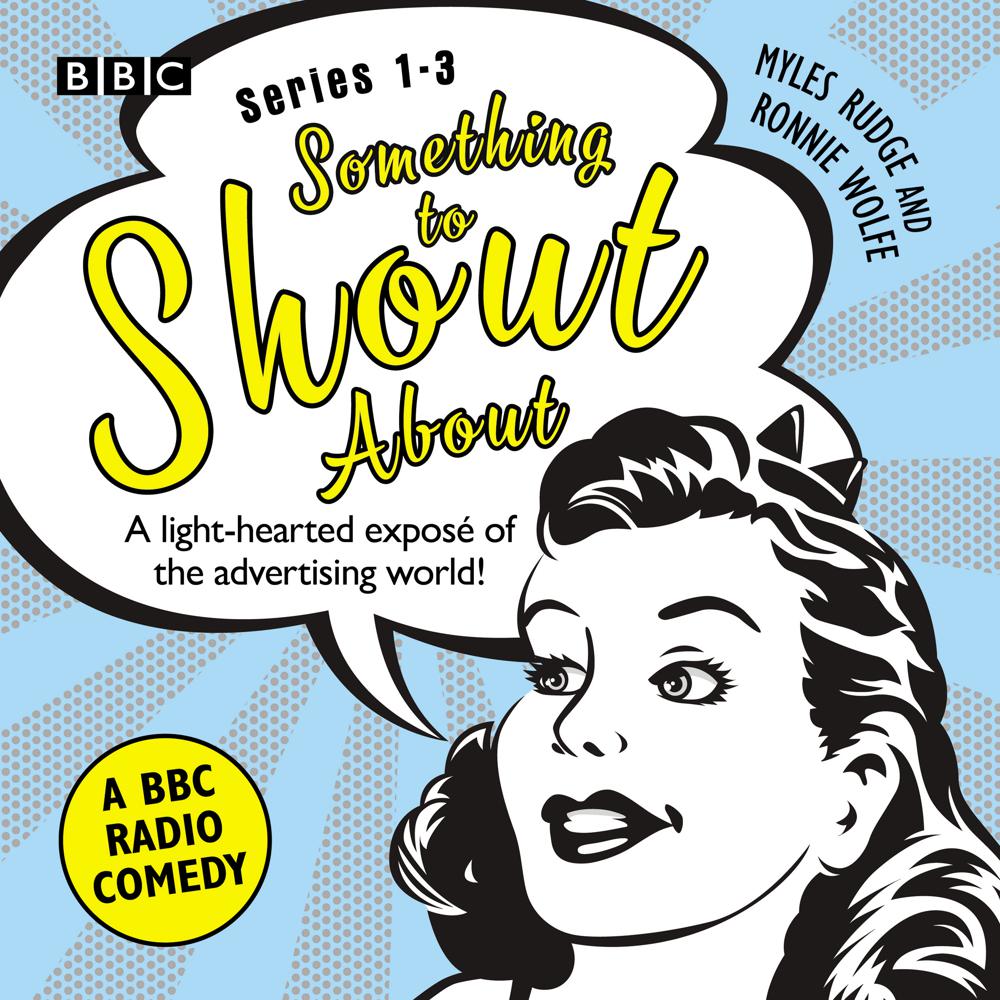 Set in a London ad agency called 'Apsley, Addis, Cohen, Barbican, Blythe, Giddy & Partners’, Something To Shout About ran over three series in 1960-61.

Michael Medwin stars as account executive Michael, with Fenella Fielding as his seductive secretary Janet, Joan Sims and Sheila Hancock as shorthand typists Mavis and Shirley, Eleanor Summerfield as no-frills executive Maggie and Nicholas Phipps as copywriter Adrian. This disparate team must stick together to succeed, as they battle to win new accounts and impress clients – and from wooing a US tycoon to putting a glamorous spin on a dreary seaside holiday camp, they always think big. Why else would they hire an elephant to promote bath salts?

In these three series, a new recruit unsettles the ad agency’s routine, there’s uproar in the agency when the women discover that the men get paid more, a Parisian photoshoot is ruined and has to be redone on a budget, and a team trip to the countryside to work on a shampoo commercial doesn’t go to plan...

Written by Myles Rudge and guest starring Warren Mitchell and Roy Dotrice in a variety of roles, this light-hearted look at the advertising world is a treat for lovers of classic radio comedy.

Due to the age of these vintage recordings, the sound quality may vary.

Produced by John Simmonds, Trafford Whitelock and Eric Miller
Music by The Jingle Belles and The Bernie Fenton Quartet, under the direction of Cliff Adams (Series 1)