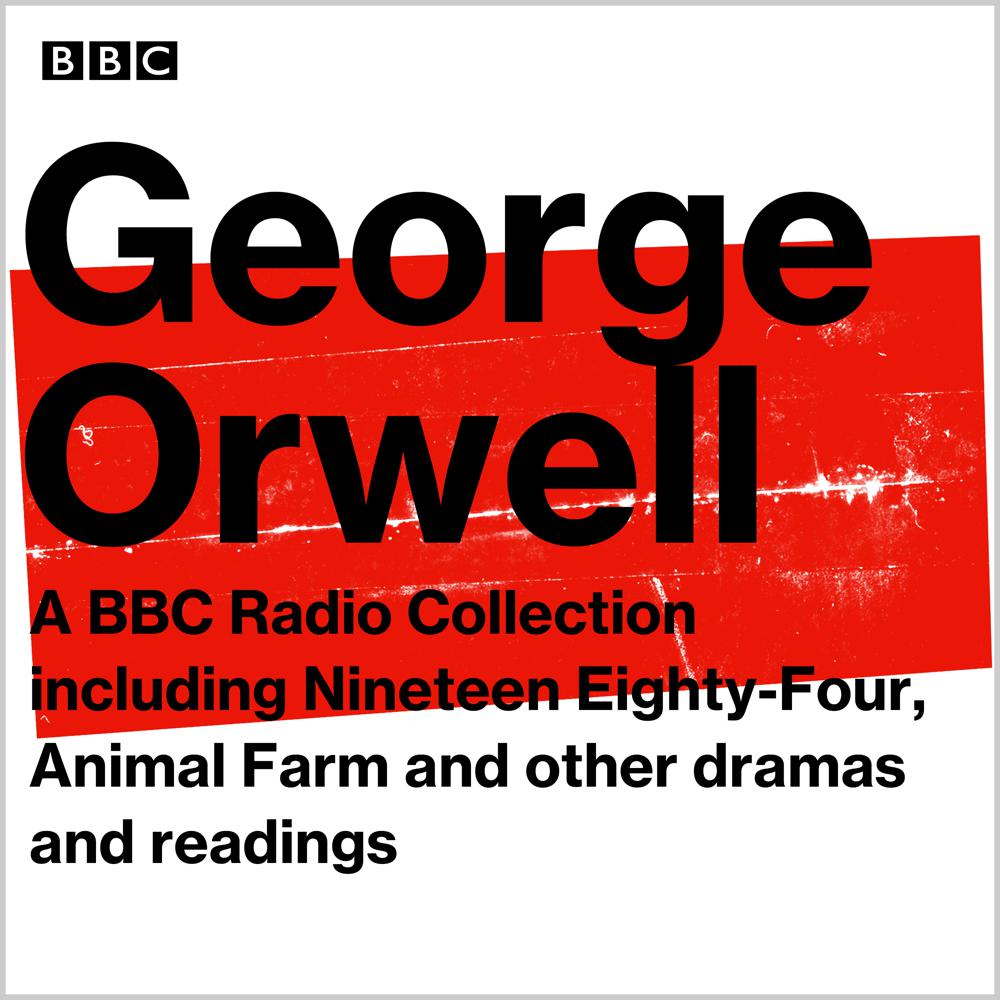 A radio anthology of George Orwell's finest novels, memoirs and essays, plus four biographical dramas and a bonus documentary, The Road to Nineteen Eighty-Four

Visionary author and journalist George Orwell was the man behind two of the best-loved and most influential novels of the 20th century, Nineteen Eighty-Four and Animal Farm. This collection celebrating his life and work features dramatisations of both these classic books, with stellar casts including Christopher Eccleston, Pippa Nixon, Tim Pigott-Smith, Tamsin Greig and Nicky Henson.

Also included is a drama based on his autobiographical account of the Spanish Civil War, Homage to Catalonia, starring Joseph Millson and Lyndsey Marshal. Four biographical radio plays by Mike Walker and Jonathan Holloway - Burma, Dreaming, Loving and Jura - explore further episodes in Orwell's fascinating life, showing the disconnection between the man who was Eric Blair and the writer who was George Orwell.

Timeless examples of his essays and journalism are showcased here, including 'A Hanging', 'Confessions of a Book Reviewer', 'My Country Right or Left', 'Pleasure Spots' and 'As I Please' (all read by Clive Merrison), while Joseph Millson narrates Down and Out in Paris and London, Orwell's vivid memoir of his time living among the poor in Europe's two great cities.

Finally, in The Road to Nineteen Eighty-Four, David Aaronovitch examines what led avowed socialist George Orwell to write a book beloved of the Right, revealing how the novel grew from a forgotten political world shaped by the atom bomb.

George Orwell worked for BBC Radio from August 1941 to November 1943, and even went on air himself. Sadly, none of the programmes in which he took part survive - in those days, radio was essentially a live medium, and broadcasts were not recorded for posterity. But Orwell's connection to the BBC remains a fascinating part of its wartime history.