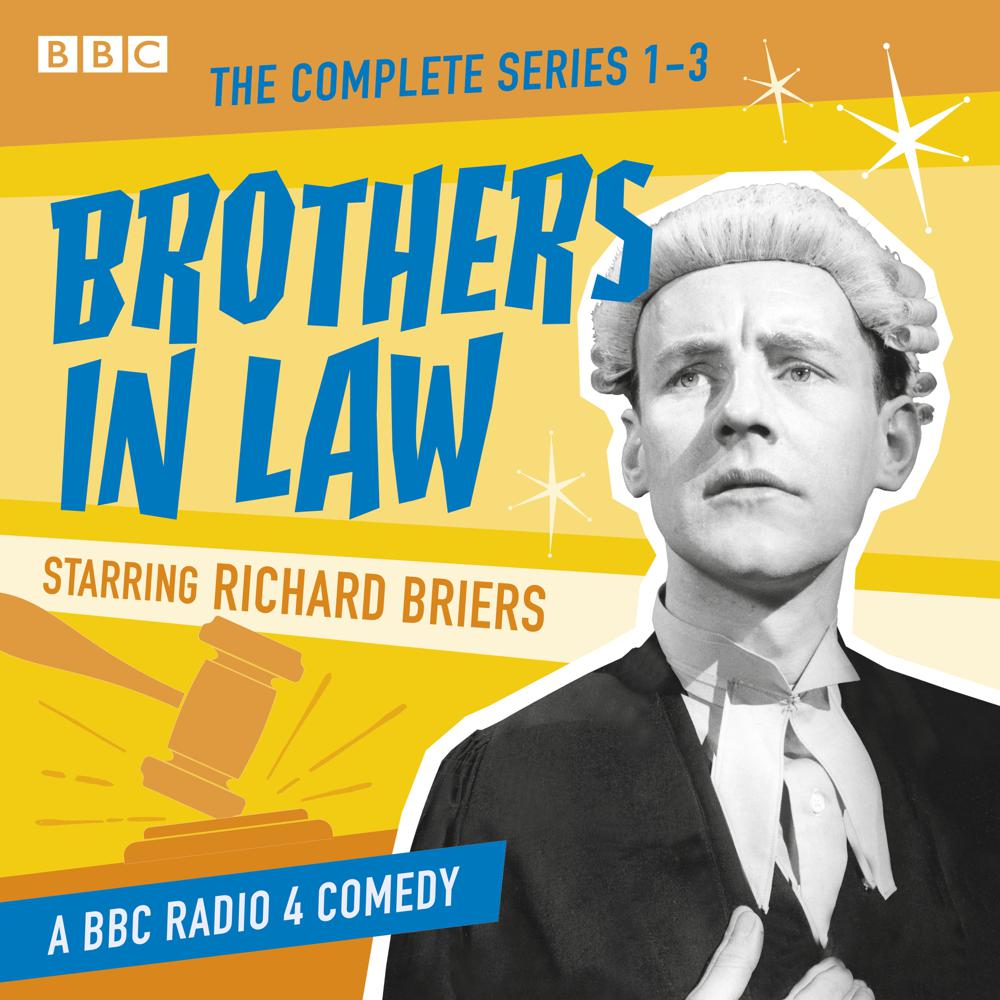 Inspired by Henry Cecil's 1955 comic novel of the same name, Brothers in Law first appeared on BBC One in 1962, providing Richard Briers with his first starring role on television as idealistic young barrister Roger Thursby. Adapted by Richard Waring from TV scripts by Frank Muir and Denis Norden, it took to the airwaves in 1970, running for three years until 1972.

As the series opens, the rookie lawyer is in his first year at chambers, and struggling to learn the ropes. He just wants to win a case - any case - but in these 39 episodes, he finds himself unwittingly aiding a habitual fraudster, confronting a fearsome judge, and annoying his girlfriend by defending a wife-beater. Whether he's getting into a jam parking his car, having a spot of bother with toggles and grommets, or facing double trouble in a bigamy case, the bungling barrister all too frequently finds himself courting disaster...

Newly restored and collected together for the first time, these three radio series are the only way to enjoy Roger Thursby's hilarious misadventures, as only one episode of the TV series remains in the BBC archive. With guest stars including John Le Mesurier, Jon Pertwee, Roy Kinnear, David Jason, Barbara Windsor and Joan Sims, this sparkling series is a must for all fans of vintage comedy.