In Their Element: How Chemistry Made the Modern World
BBC Radio 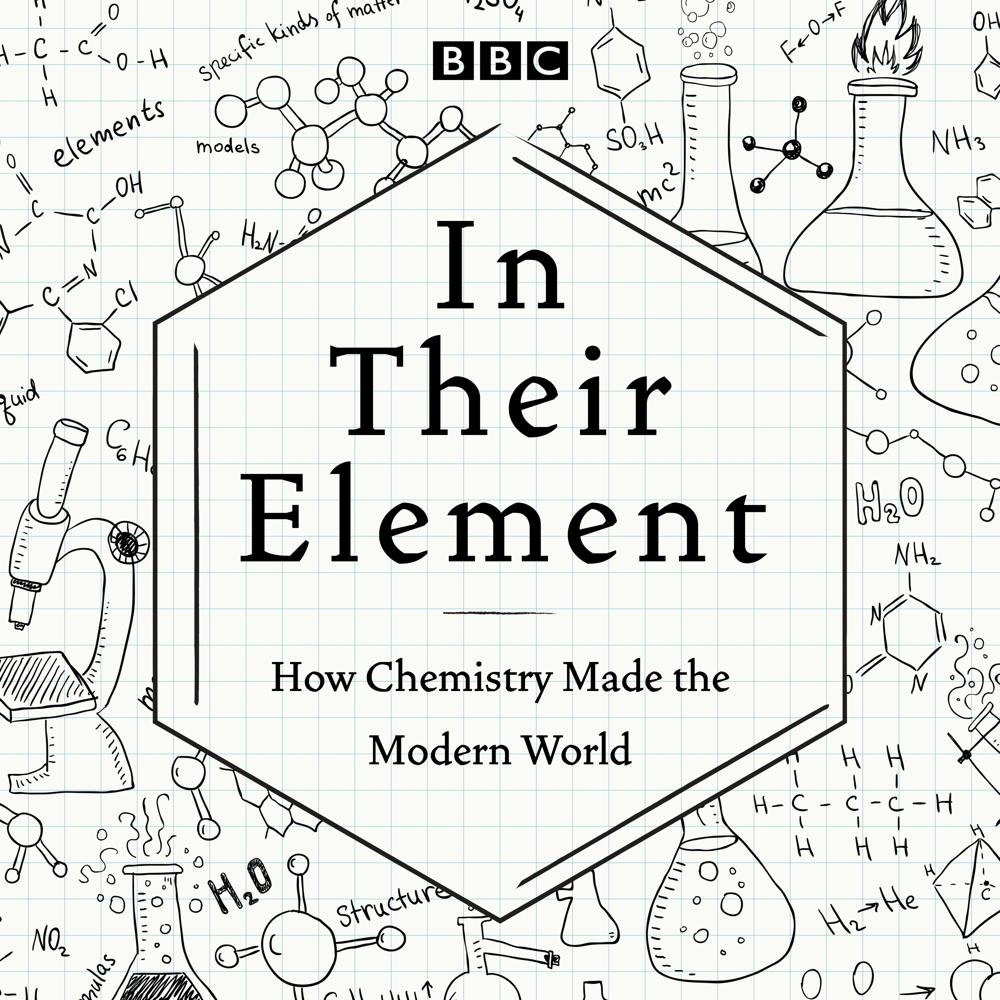 Join world-leading scientists as they delve into the incredible stories behind 16 elements, including the dark and controversial history of gold; how a solar eclipse in 1868 led to the discovery of the periodic table's most notorious escape artist, helium; the role of iron in the rise and fall of human civilisations; why you might find iodine in British milk, but not necessarily anywhere else in the world; and how a discovery in boiled urine led to the trade union movement and a chemical weapon.

Far from being confined to a laboratory, In Their Element weaves chemistry back into our everyday lives.
From the incredible power of lithium to our use and abuse of lead, to why carbon is the backbone of life, but silicone is the world's crucial building block. We learn why fluorine is called 'the tiger of chemistry', how sodium might be the key to a new generation of painkillers, that mercury is integral to hundreds of years of scientific discoveries, and the extraordinary story of how the health impact of phosphorus on a group of Irish girls changed politics forever.

In Their Element is a fascinating introduction to both the history of chemistry and a debate about the way we use raw materials in the modern world.