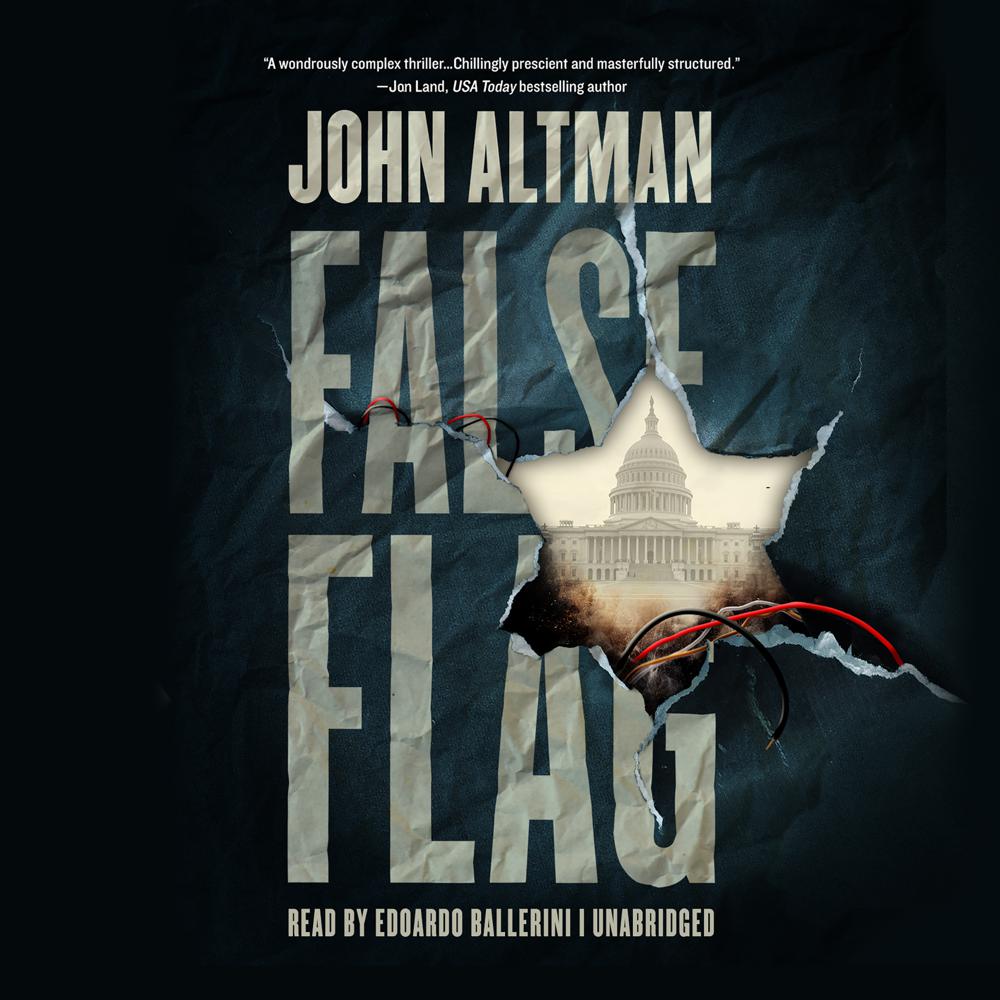 In False Flag, Israeli-born Dalia Artzi, a tactical genius and specialist at Princeton in the study of maneuver warfare, uncovers a fiendish plot by a small group of Israeli fanatics to commit a horrific crime against the United States government and pin the blame on Iran. At first, Dalia, a pacifist, is hesitant to get involved. But, strong in her Jewish faith, she believes that the goal of her religion is not to crush one’s enemies but to practice tikkun olam, to repair the world. Soon Dalia has little choice but to act quickly and do what she must to prevent the unspeakable.

Meanwhile, Jana, a beautiful but deadly Israeli operative taking orders from the conspiring fanatics, is determined to deftly fulfill the deadly mission entrusted to her. Once the plot has been carried out, Jana and the commanders of her mission believe that Israel’s enemies will meet with total destruction when the world’s most powerful nation retaliates. Jana is firm in her conviction that she is on the side of right and believes the ends will justify the means, however violent.

Centered on a fascinating and original Israeli heroine and antiheroine, False Flag probes some of the most important political and moral conflicts of our times. Altman examines extremism in its many incarnations and the complex pitfalls humans encounter when they try to do what is right, no matter the cost. In the process, he continues his tradition of creating ruthless female assassins, delivering his most terrifying creation yet. Riveting espionage, struggles of conscience, and edge-of-your-seat intrigue combine to make False Flag one of the most compelling and controversial thrillers of 2017.

“With complex characters possessed of hard edges, this intelligent and delectable story is sophisticated, razor-sharp, and definitely one for your keeper shelf.”

“A wondrously complex thriller…serving up a stellar plot perfectly suited for our roiled, conflicted times. John Altman ably enters the world of radical terrorism on American soil, as well as, and maybe even better than, Nelson DeMille and the late great Vince Flynn…[A] high-stakes thriller…chillingly prescient and masterfully structured.”

“Altman’s captivating thriller masterfully examines morality in a time of upheaval, joining the ranks of Vince Flynn and David Baldacci with his engrossing and contemplative spy thriller.”

“Edoardo Ballerini is, as always, a pleasure to listen to, even adroitly handling the minimal Hebrew.”

“A compelling thriller awash in the ambiguity of international politics, and it pairs nicely with Alex Berenson’s similar Twelve Days.”

“There’s plenty of action and intrigue to keep anyone who enjoys a good thriller turning the pages.”

“With all of its complexity, the book still adds up to a good old fashioned who-gets-there-first novel.”