Man of the World
Joe Conason 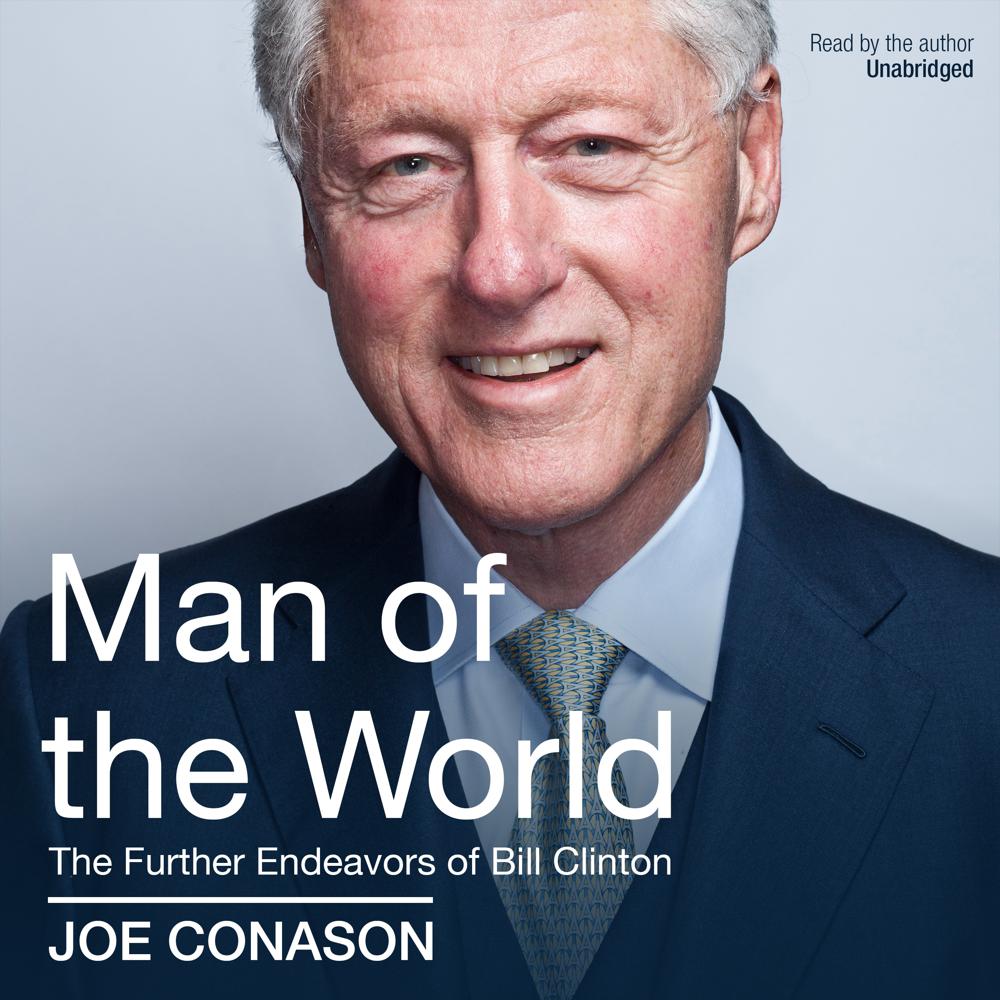 A veteran political journalist takes listeners inside the fascinating post-presidential exploits of Bill Clinton, which are as colorful, controversial, and significant as ever.

The extraordinary post-presidency of William Jefferson Clinton is unlike the second career of any other president. “Bill Clinton” is a global brand, ascending from the dark days of his White House departure to become perhaps the most popular name in the world. Joe Conason explains how that happened, examining Clinton’s achievements, his failures, and his motivations and why his outlook on the world continues to inspire and infuriate on a grand scale.

Having known Clinton for over twenty years, Conason interviewed him many times for this book and gained access to dozens of the former president’s colleagues, friends, aides, supporters, and family members, including Hillary and Chelsea. He has traveled with Clinton to Africa, Haiti, Israel, and across America for the Clinton Foundation.

Clinton has earned millions himself and raised billions for philanthropy, much of it from foreign sources, prompting questions about transparency and probity—even allegations of corruption—as Hillary entered the Democratic presidential primary. Conason examines the substance of those accusations and the financial backing from other countries and wealthy individuals and assesses the real achievements of the foundation.

As ever, Clinton’s private life draws conjecture, and he is often in the gossip columns along with fellow celebrities and statesmen. He is friendly with both of the former presidents Bush. He golfs with President Obama. But how might the first First Gentleman fare in a Hillary Clinton White House?

Conason knows the Clinton world as well as any reporter writing today. He is the coauthor of The Hunting of the President, a New York Times bestseller. Now he tells an irresistible adventure story about a man who is still seeking to do good in the world—starring the one and only Bill Clinton.