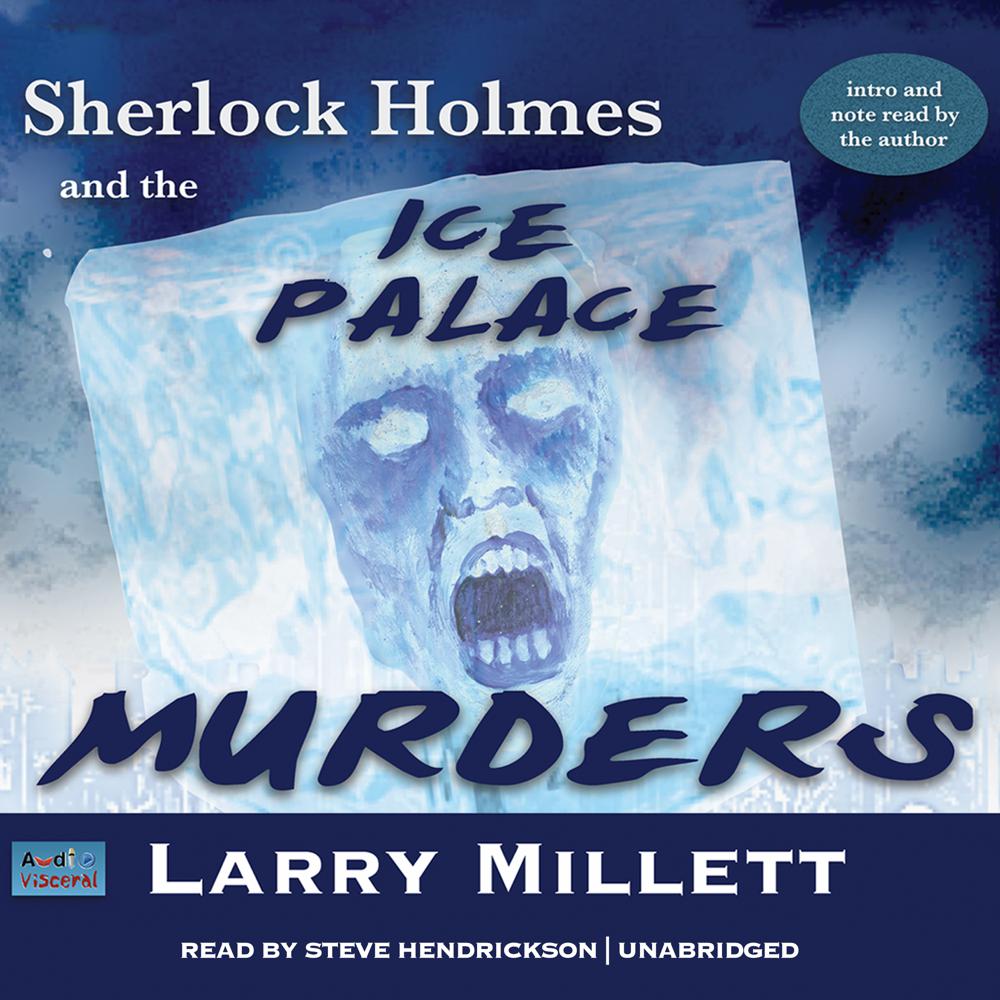 When one of Minnesota’s wealthiest scions goes missing, it’s up to Sherlock Holmes and Doctor Watson to track a cold-blooded killer.

The year is 1896, and the magnificent winter carnival is under way in St. Paul, Minnesota, when Holmes and Watson are summoned by the city’s most powerful man, railroad magnate James J. Hill. A wealthy young man has disappeared on the eve of his wedding—and his fiancée suspiciously discards her wedding dress. After a grisly discovery in the carnival’s ice palace leads to a flurry of clues, Holmes is on the case.

His pursuit of the murderer takes him through the highest echelons of St. Paul society and into cahoots with Shadwell Rafferty, a gregarious saloon owner and part-time private investigator. Soon Holmes, Watson, and Rafferty are embroiled in a perilous adventure that takes them from one frozen corner of the city to another and out onto the treacherous ice of the Mississippi River as they trail a cruel and ruthless killer.

“Narrator Steve Hendrickson deftly shifts from American to English and Irish accents as he portrays the characters, including a Holmes who is warmer than the original and a Watson who is wittier and more confident. Hendrickson vividly delivers the book’s descriptions of a Minnesota winter…Hendrickson’s best creation is crafty Irish barkeep Shadwell Rafferty, who helps Holmes and Watson understand the alien land they find themselves in. An unanticipated and deeply moving conclusion will move listeners to tears.”

“Millett’s Holmes is a fair replica of Conan Doyle’s original, but the real triumph here is Rafferty, who lights up each scene in which he appears, adding a distinctively American bounce to a solid, complex mystery distinguished by its vibrant portrayal of nineteenth-century St. Paul. Holmes fans may feel free to tip their deerstalkers.”

“Murder, blackmail, and revenge in the snow-covered city of St. Paul? Millett knows the history of the area and has done a good job of capturing the personalities of Holmes and Watson…A new Sherlockian pastiche is a treat.”

“A rattling good mystery with a well-hidden villain.”