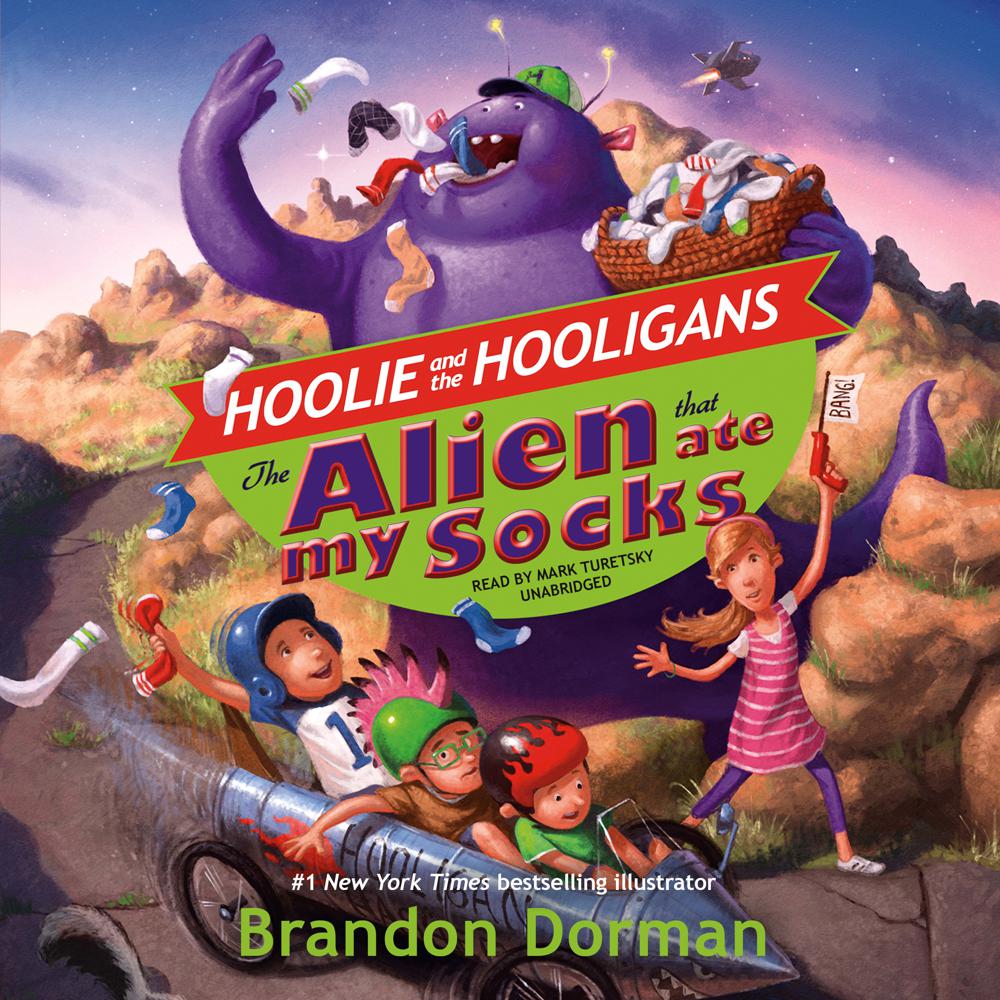 A new series written by the illustrator of the Fablehaven series, Brandon Dorman

Meet the Hooligan brothers, Henry, Hank, and Hector, who are fun-loving, go-cart-racing, up-for-anything boys, and they are expert pranksters! The school bully, Rock, picks on the boys, tries to outprank them, and especially tries to lay blame for his pranks on them. Enter a purple, blobby, friendly outer-space alien. He has come to Earth to earn badges for his extraterrestrial space-scout sash. The brothers name him Hoolie and quickly learn about his alien ways:

Hoolie gets smelly when he’s hungry, and that’s how the boys know it’s time to feed him.He eats clothes, especially socks. Mom and Dad don’t know what is going on originally, but soon they figure out why the family socks are disappearing from the Hooligan house.He has a compartment in his belly, like Mary Poppins’ carpetbag, that can somehow hold an endless supply of neat gizmos and gadgets.The boys can’t communicate with him at first and rig up an electronic device to help them read Hoolie’s mind.

The Hooligan boys keep Hoolie a secret until he saves a neighborhood girl from a burning building and the town befriends him. Then a team of mysterious strangers dressed in black who call themselves “Animal Control” arrive, but the Hooligan boys know this can’t be true.

The boys must resolve their problem with Rock, help Hoolie earn his merit badges on Earth, and help him find his way home before “Animal Control” captures him!