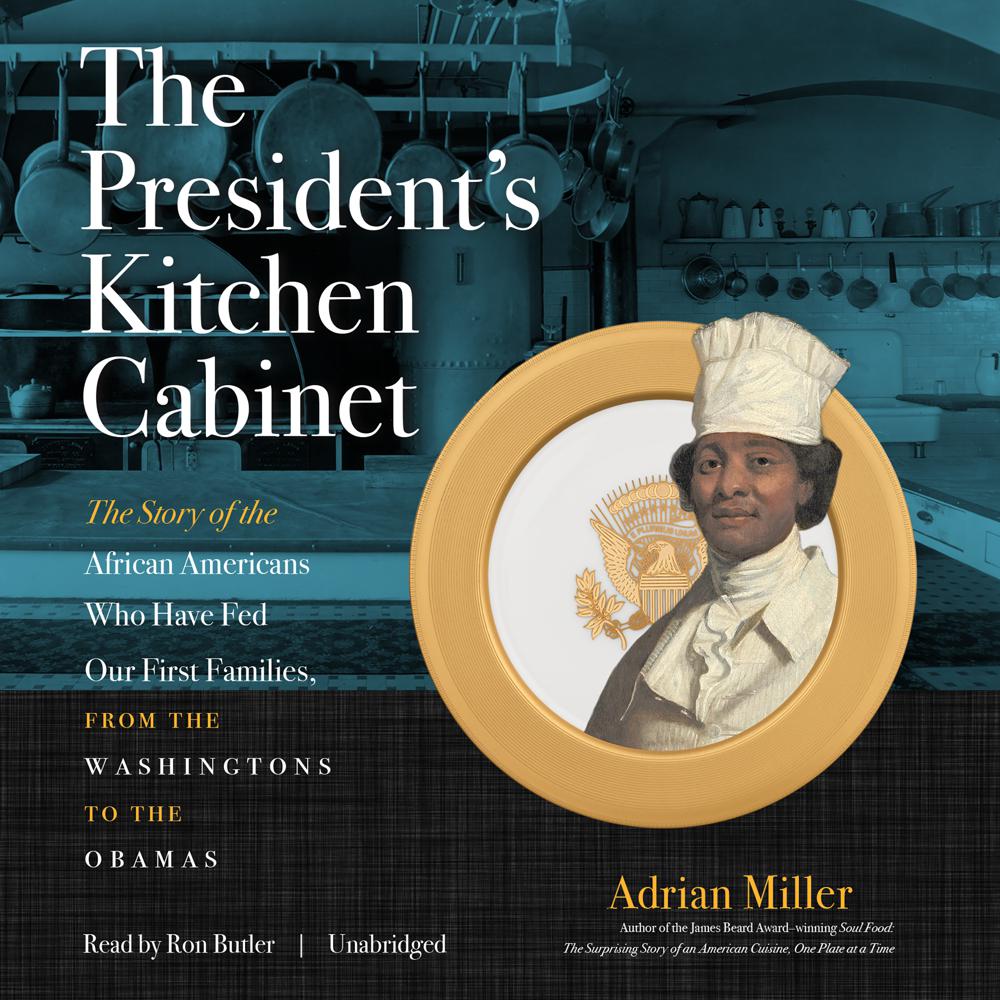 James Beard award–winning author Adrian Miller vividly tells the stories of the African Americans who worked in the presidential food service as chefs, personal cooks, butlers, stewards, and servers for every First Family since George and Martha Washington.

Miller brings together the names and words of more than 150 black men and women who played remarkable roles in unforgettable events in the nation’s history. Daisy McAfee Bonner, for example, FDR’s cook at his Warm Springs retreat, described the president’s final day on earth in 1945, when he was struck down just as his lunchtime cheese soufflé emerged from the oven. Sorrowfully, but with a cook’s pride, she recalled, “He never ate that soufflé, but it never fell until the minute he died.”

A treasury of information about cooking techniques and equipment, the book includes twenty recipes for which black chefs were celebrated. From Samuel Fraunces’s “onions done in the Brazilian way” for George Washington to Zephyr Wright’s popovers, beloved by LBJ’s family, Miller highlights African Americans’ contributions to our shared American foodways.

Surveying the labor of enslaved people during the antebellum period and the gradual opening of employment after Emancipation, Miller highlights how food-related work slowly became professionalized and the important part African Americans played in that process. His chronicle of the daily table in the White House proclaims a fascinating new American story.

“The President’s Kitchen Cabinet focuses on material culture, cultural issues, political dynamics, and labor relations, contributing to the study of the development of the culinary professions in the US.”

“The President’s Kitchen Cabinet satisfies our voyeuristic curiosity into the lives of celebrated men, yes, but it also tells the sometimes even more interesting tales of the men and women who fed them.”

“An intriguing glimpse into the inner workings of the White House kitchen and the chefs who have made its wonderful cuisine possible.”

“Brings to light a realm shaped by an often-ignored group of African Americans who have nurtured the first families so they could lead a nation.”

“For food history and presidential history buffs alike, both entertaining and illuminating.”

“The research is impeccable, the stories are vivid and thrilling, and the food detailed and delicious.”

“With humor and scholarship, Adrian Miller has written an essential and uplifting exposé.”

“By putting the largely forgotten stories of these men and women together, The President’s Kitchen Cabinet restores to their careers the high profile and respect they deserve.”