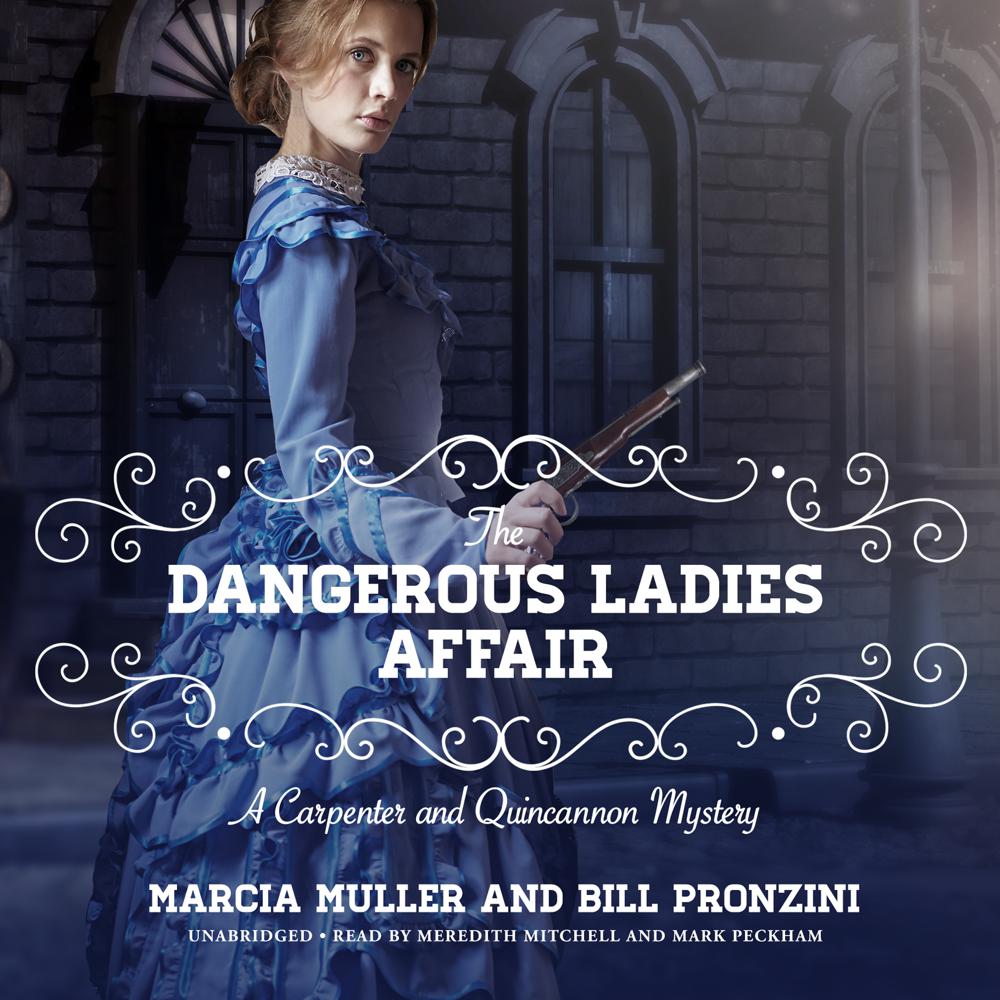 For the firm of Carpenter and Quincannon, Professional Detective Services, stopping extortionists is not only grand, but excitingly lucrative.

When a pleasant afternoon’s bicycling through Golden Gate Park with a friend ends with the revelation of threatening letters, followed by a gunshot in a mansion garden, Sabina Carpenter knows this is a case that demands her immediate and undivided attention.

The questions her partner John Quincannon has to unravel are not difficult: Wrixton, a wealthy banker, has met his extortionist’s first demand, but the order to pay another $5,000 is too much to face. The banker’s real problem is something he doesn’t want to reveal. That was fine with the detective, and when he was informed that some private letters were involved and Wrixton absolutely needed them back, there was nothing more Quincannon needed in the way of background. As with so many of San Francisco’s elite, the bedroom doors never seemed to stay shut.

That was the easy part; far more difficult was the matter of the dead courier, murdered most foully in a locked room within a locked room, creating a trail that will take John Quincannon through most of San Francisco’s less savory places and end with a riverboat trip that is anything but a relaxing cruise.

The Dangerous Ladies Affair is the next thrilling installment in this charming historical mystery series from MWA Grand Masters Marcia Muller and Bill Pronzini.

“Fans who’ve followed the development of the pair’s professional relationship will gasp in delight at an unexpected invitation that comes in the book’s closing pages.”

“The husband-and-wife authors manage the double plot with professional dexterity.”

“Despite being set in nineteenth-century San Francisco, this fifth book in the series…feels incredibly timely in today’s political climate…Coauthors Muller and Pronzini deftly tackle historical problems through the lens of their progressive detecting pair, allowing readers to extrapolate issues such as antifeminism and the value of protesting into a modern context.”

“A glimpse of ‘less than respectable’ theater performances, passenger ships on the Sacramento River, and antisuffragette protestors, as well as…the delicate unfolding of tender feelings between the two protagonists.”