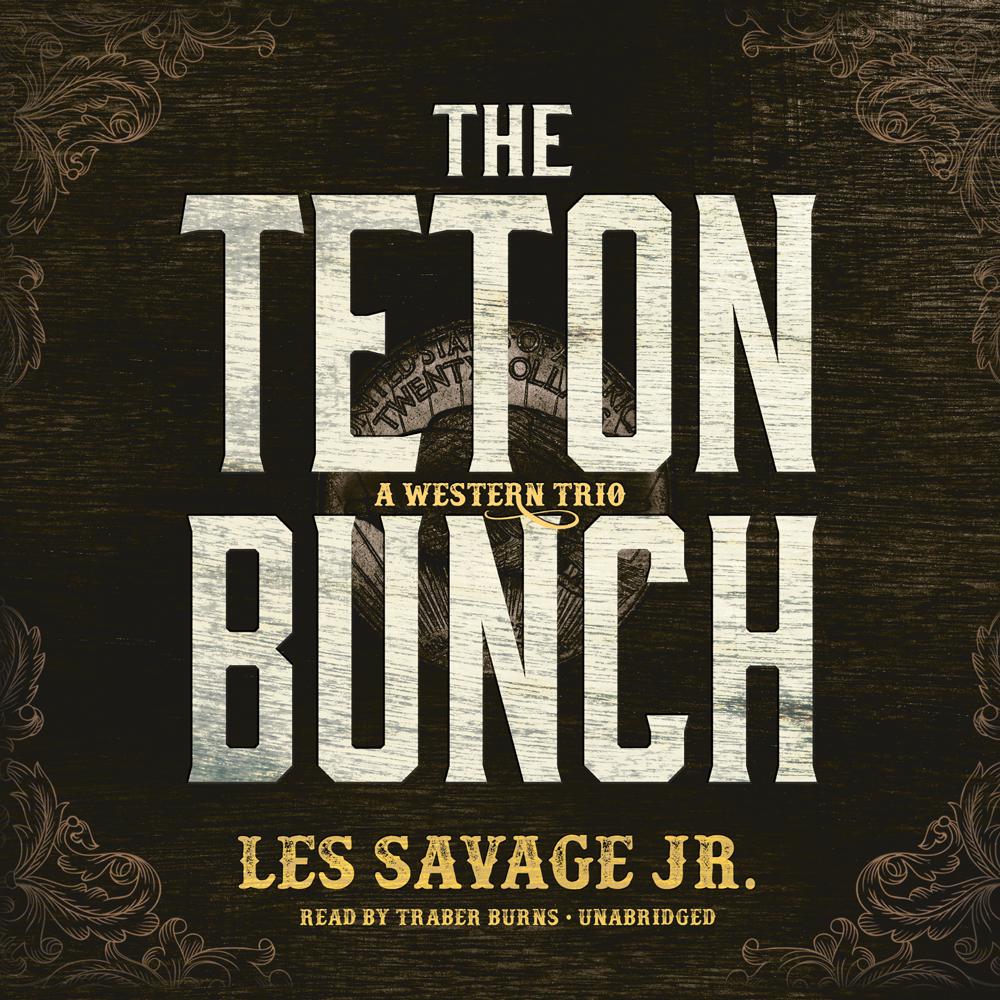 “Town of Twenty Triggers” opens this new trio of short novels by Les Savage Jr., marking their first appearance in book form. He was known only as the Joker, a portly, chuckling man with a bland smile, a poker face, and an amazing ability to make a deck of cards perform any trick he desired. His traveling companion is Emmet Pierce, a Texan fast with his gun. When this duo arrives in the small ranching town of Benton, the Joker is ready to take it over and claim it for his own. He begins by winning ownership of the Palace, the largest gambling hall in town. The twenty guns of the title describe the gunslingers the Joker hires to enforce his hold on the town. The only thing the Joker overlooks in his fiendish plans is that Emmet Pierce is a man with a moral conscience.

The Pacific Railroad in “Where Hell’s Coyotes Howl” wants to build their spur line from Santa Fe to Tucson and they want the right of way through Apache Gap, the only passage through the Tanques Verdes. Otherwise they will have to lay about two hundred extra miles of track around the northwest corner of the Verdes. The strong man in Tucson is Face Card Farrow who has enough secret evidence against the wealthy and powerful to get his own way. When Face Card is murdered, it is discovered that most of his papers have gone missing. Amid all of this turmoil, matters are brought to the point of crisis when Laramie Drake, owner of the Double Deuces Ranch, saves teenage Midge Lawrence from a whipping by her court-appointed guardian, Eben Hazard. Although Laramie has no legal right to keep Midge with him, Midge wants to stay, a situation complicated by the fact that Midge becomes the focus of all the factions because she is believed to own the deed to Apache Gap.

In “The Teton Bunch” it is all a matter of following the money—630 gold double eagles stolen in 1882. The daring robbery was perpetrated by the Teton Bunch, but afterward the gang was forced to break up and scatter. Gordie Hammer carried the money, but he didn’t have it any more when he was captured, tried, convicted, and sentenced. Now Hammer is a small rancher, but everyone, including Sheriff Victor Bondurant, believes Hammer has hidden the money and knows its whereabouts. Matters get worse when a number of gang members show up, hoping to force Hammer to give them their share.

“Savage writes with his usual eye for detail…easy for the reader to imagine they’ve stepped back into the Old West…full of action and suspense. Genre fans will love it.”

“Savage…writes good, old-fashioned oaters, the kind where you can almost feel the dust and smell the horses.”

“Reading these is like opening a time capsule of pulpy 1950s westerns.”

“One reads a Les Savage novel with awe at such a creative gift.”