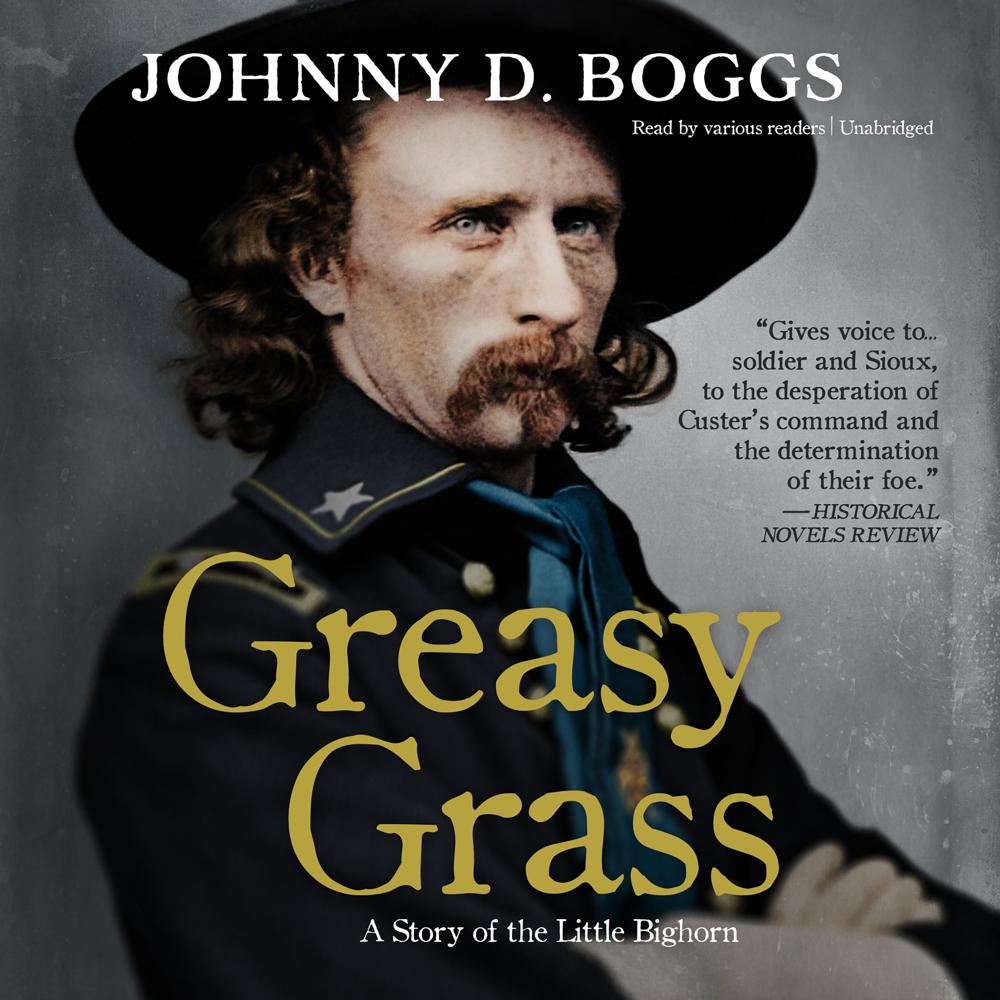 Johnny D. Boggs turns the battlefield itself into a character in this historical retelling of Custer’s Last Stand, when George Custer led most of his command to annihilation at the Battle of the Little Bighorn in southern Montana in 1876.

More than forty first-person narratives are used—Indian and white, military and civilian, men and women—to paint a panorama of the battle itself.

Boggs brings the events and personalities of the Battle of the Little Bighorn to life in a series of first-hand accounts.

“Boggs gives voice to all classes of soldier and Sioux, to the desperation of Custer’s command, and the determination of their foe.”

“Boggs writes from the heart, almost as if he is channeling each person.”

“Most of us are familiar with the Battle of the Little Big Horn…Do we need another retelling? Listeners to Boggs’ version will give a resounding yes. A group of nine narrators inhabits the forty-seven characters, and their memorable performances immerse listeners in compelling first-person accounts from both the army’s and Native Americans’ points of view…The evenhanded examination of what went right and wrong on both sides and the haunting voices that tell their own tales make this engrossing western-set novel an example of historical fiction at its best.”

“Boggs adds yet another perspective to this famous Old West fight…[and] he carries it off beautifully…The highlight is Boggs’ portrayals of Captain Frederick Benteen and Major Marcus Reno and their surviving cavalrymen…This novel contains no new historical scholarship, but it does effectively paint a grim, gory, and realistic image of Indian warfare, period racism, and the political scapegoating that usually occurs after a military disaster.”

“Approaches [the Battle of the Little Bighorn] as a mosaic, using some forty-seven points of view, from the famous, such as Crazy Horse and Custer’s wife, Libbie, to such minor characters as an army trumpeter and a brash Indian teen trying to count coup…An almost unbearably intense narrative…this is an enthralling book.”