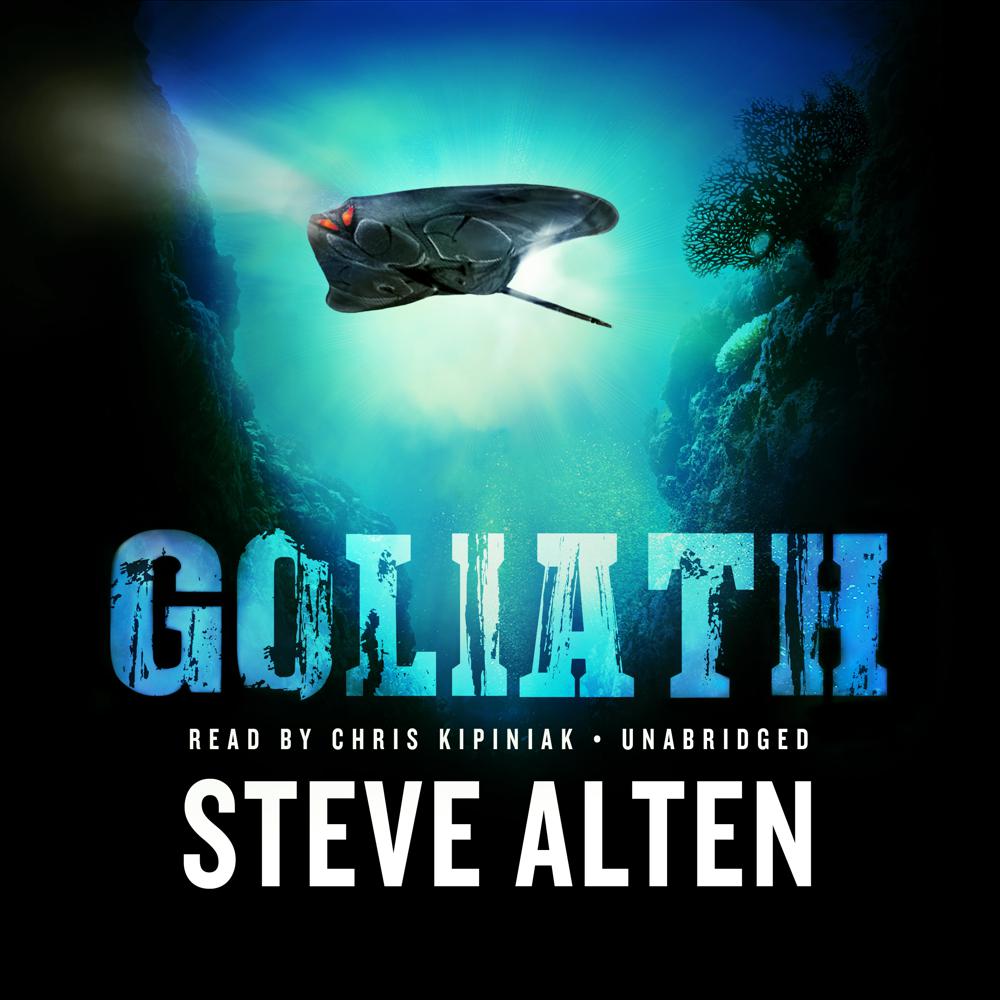 Terrorism. Acts of oppression. The threat of nuclear war. What if one madman aboard a vessel could end these fears forever?

Commander Rochelle “Rocky” Jackson is aboard the aircraft carrier USS Ronald Reagan when the “unsinkable” naval vessel and its entire fleet are attacked from the depths and sunk. As Rocky struggles to stay alive, a monstrous mechanical steel stingray surfaces, plowing through the seas it now commands.

The US Navy–designed Goliath is a futuristic nuclear stealth submarine in the shape of a stingray. Simon Covah, a brilliant scientist whose entire family were the victims of terrorism, has hijacked the sub. Believing violence is a disease, Covah aims to use the Goliath and its cache of nuclear weapons to dictate policy to the world regarding the removal of oppressive regimes and nuclear weapons.

Could the threat of violence forge a lasting peace?

But there is another player in this life-and-death chess match: unbeknownst to Covah and the Goliath crew, the Goliath’s biochemical computer brain has become self-aware—and it’s developing its own agenda.

“Alten offers readers…much to think about, morally and politically.”