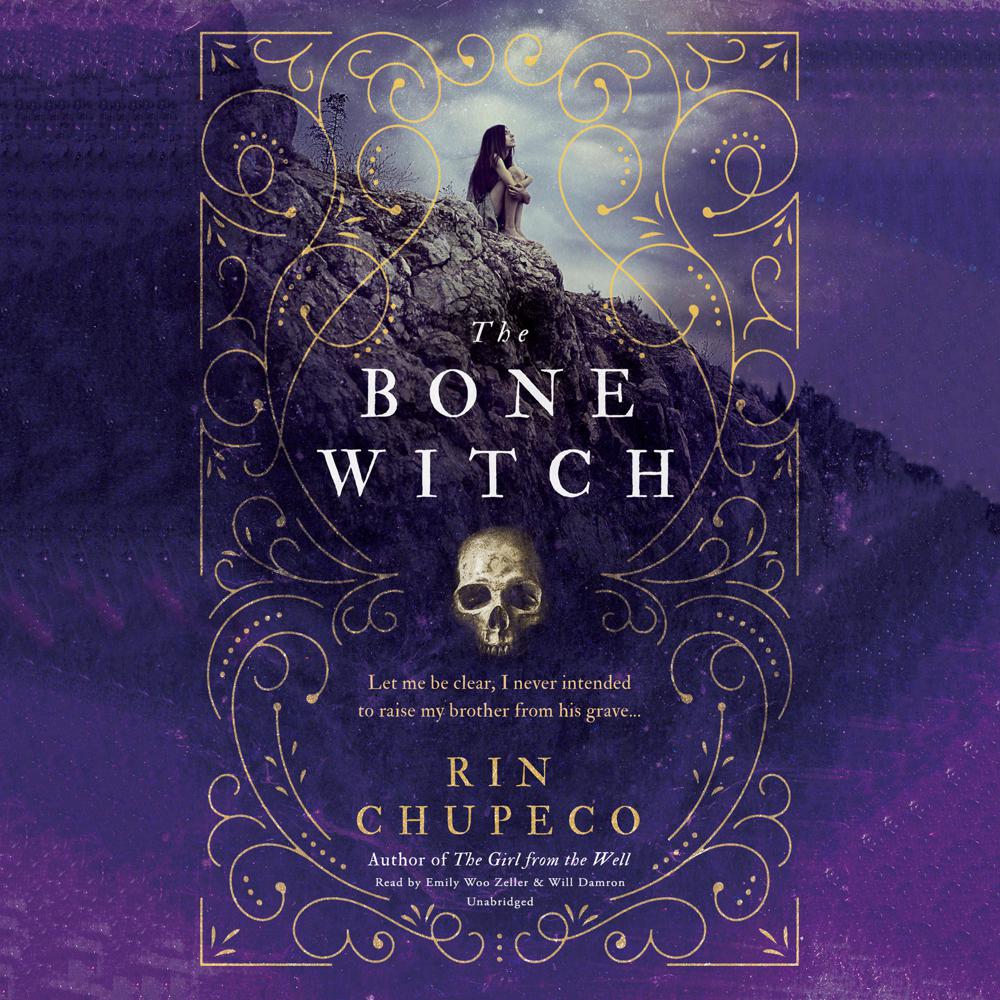 In the captivating start to a new, darkly lyrical fantasy series, Tea can raise the dead, but resurrection comes at a price.

When Tea accidentally resurrects her brother from the dead, she learns she is different from the other witches in her family. Her gift for necromancy means that she’s a bone witch, a title that makes her feared and ostracized by her community. But Tea finds solace and guidance with an older, wiser bone witch, who takes Tea and her brother to another land for training.

In her new home, Tea puts all her energy into becoming an asha—one who can wield elemental magic. But dark forces are approaching quickly, and in the face of danger, Tea will have to overcome her obstacles and make a powerful choice.

“The story has been pitched as high fantasy meets Memoirs of a Geisha, so yes, you need your hands on it now.”

“Emily Woo Zeller’s stellar collection of voices entices listeners into Chupeco’s rich and diverse fantasy realm…Will Damron gives an inquisitive and pithy performance as a bard who finds himself face-to-face with Tea Pahlavi…Listeners are in for a treat as Zeller enthusiastically spins Tea’s tale of how she went from a young novice to a banished pariah. Zeller’s effortless diction brings to life this Eastern-inspired fantasy, filled with chilling imagery.”

“Chupeco does a magnificent job of balancing an intimate narrative perspective with sweeping worldbuilding, crafting her tale within a multicultural melting pot of influences as she presses toward a powerful cliffhanger.”

“Fantasy world-building at its best, and Rin Chupeco has created a strong and colorful cast of characters to inhabit that realm…Readers will feel the impending doom in this enticing, highly original fantasy.”

“Craftily weaves magic, intrigue, and mystery into a captivating tale…Chupeco uses vivid, descriptive detail, with nominal coarse language and violence, to set a rich tone that immerses readers in a vibrant and believable world. The short alternating chapters help move the story along quickly.”

“Fans of high fantasy looking for diverse representation will be eager to get their hands on this book.”

“Readers who enjoy immersing themselves in detail will revel in Chupeco’s finely wrought tale. Game of Thrones fans may see shades of Daenerys Targaryen in Tea, as she gathers a daeva army to unleash upon the world. Whether she is in the right remains a question unanswered, but the ending makes it clear her story is only beginning.”

“A fantasy lover’s fantasy, with a rich history and hierarchy of its own. The secrets and workings of its magic are revealed slowly in a suspenseful novel that is sure to appeal to those with a love of serious, dark fairy tales.”

“A high-fantasy Memoirs of a Geisha, Chupeco’s latest excels in originality.”

“An adventure with light romance that will appeal to fans of Leigh Bardugo and Sarah J. Maas.”

“Readers intrigued by the carefully crafted magic and the evolution of Tea’s character from a homesick, guilt-ridden girl into the fierce warrior who opens the tale will discover a multifaceted drama of revenge and heartbreak.”

“If you enjoy villain origin stories, you are at the right place. The Bone Witch has two timelines: the present and the past. The present gives us an older Tea, our main protagonist, retelling past events who in turn makes it the past timeline.”