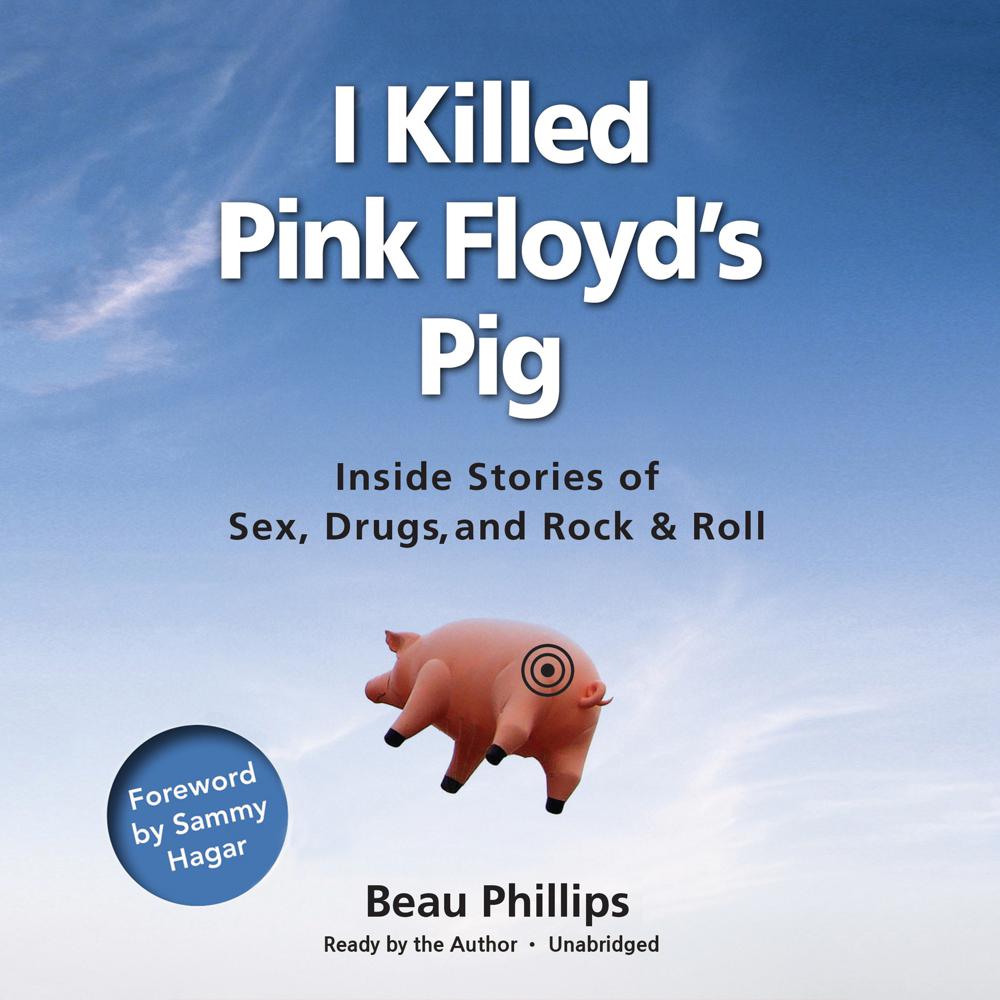 I Killed Pink Floyd’s Pig is an all-access behind-the-scenes VIP tour of when rock was great, courtesy of Beau Phillips, a respected radio programmer and former head of marketing at MTV.

Phillips was an insider and occasional accomplice who witnessed the legends of classic rock in their heyday and takes readers inside the dressing rooms, hotel suites, and private planes of Led Zeppelin, the Rolling Stones, AC/DC, Eric Clapton, Paul McCartney, and dozens more to enjoy funny, decadent, and never-been-told stories of sex, drugs, and rock and roll.

The book’s foreword was written by Sammy Hagar, former lead singer for Van Halen. He and Phillips met in the late 1970s, early in Hagar’s career. Sammy wrote, “Beau has seen all of the rock and roll craziness—and his book is loaded with amazing stories.”

“Beau puts you on the plane, backstage, and in the dressing rooms alongside the rock gods. So fun!”

“This is like the day after a really wild party, with a guy who has all the crazy stories…and maybe starred in a few!”