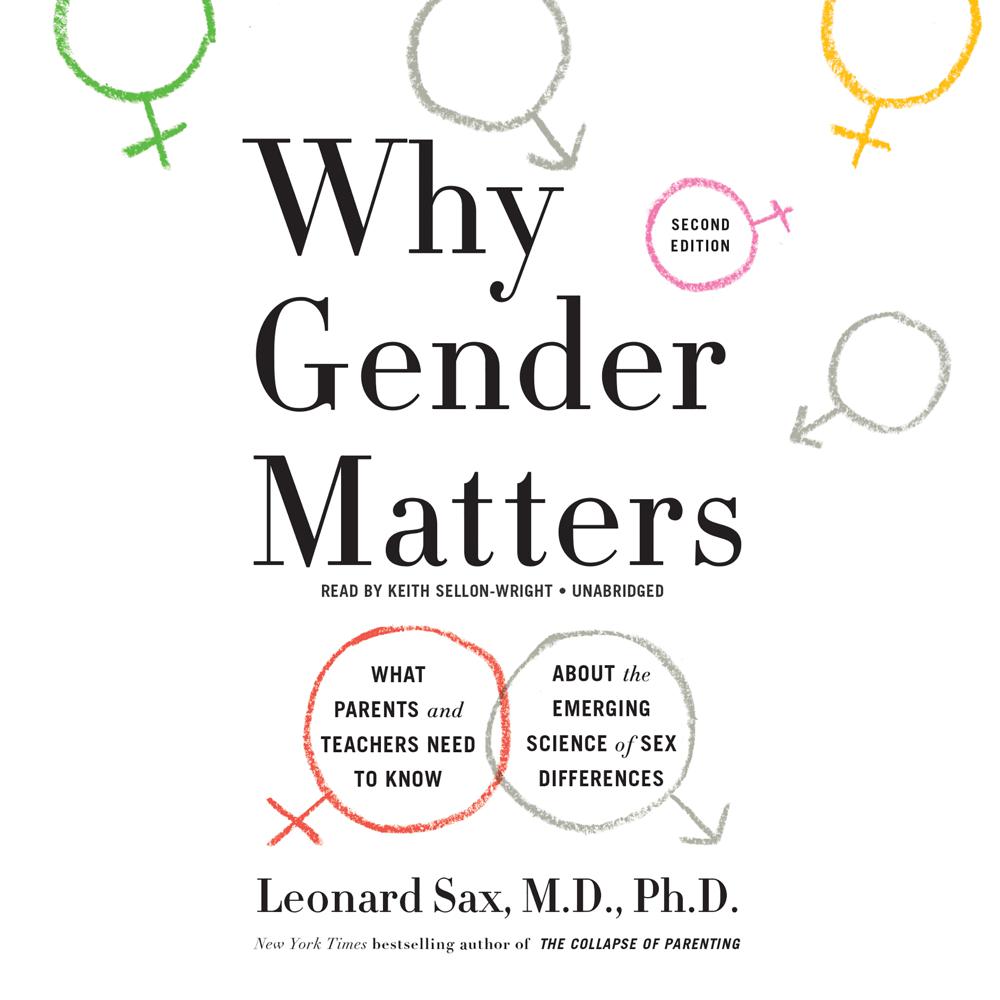 A revised and updated edition (with more than 70% new material) of the classic book about innate differences between boys and girls and how best to parent and teach girls and boys successfully, with new chapters on sexual orientation and on transgender and intersex kids.

Back in 2005, the first edition of Why Gender Matters broke ground in illuminating the differences between boys and girls—how they perceive the world differently, how they learn differently, how they process emotions and take risks differently. Dr. Sax argued that in failing to recognize these hardwired differences between boys and girls, we ended up reinforcing damaging stereotypes, medicalizing misbehavior, and failing to help kids to reach their full potential. In the intervening decade, the world has changed, with an avalanche of new research which supports, deepens, and expands Dr. Sax’s work. This revised and updated edition includes new findings about how boys and girls interact differently with social media and video games; a new discussion of research on gender non-conforming, LGB, and transgender kids, new findings about how girls and boys see differently, hear differently, and even smell differently; and new material about the medicalization of misbehavior.

“Until recently, there have been two groups of people: those who argue sex differences are innate and should be embraced and those who insist that they are learned and should be eliminated by changing the environment. Sax is one of the few in the middle—convinced that boys and girls are innately different and that we must change the environment so differences don’t become limitations.”

“Convincing…Psychologist and family physician Leonard Sax, using twenty years of published research, offers a guide to the growing mountain of evidence that girls and boys really are different…This extremely readable book also includes shrewd advice on discipline, and on helping youngsters avoid drugs and early sexual activity. Sax’s findings, insights, and provocative point of view should be of interest and help to many parents.”

“Why Gender Matters is an instructive handbook for parents and teachers…to create ways to cope with the differences between boys and girls.”