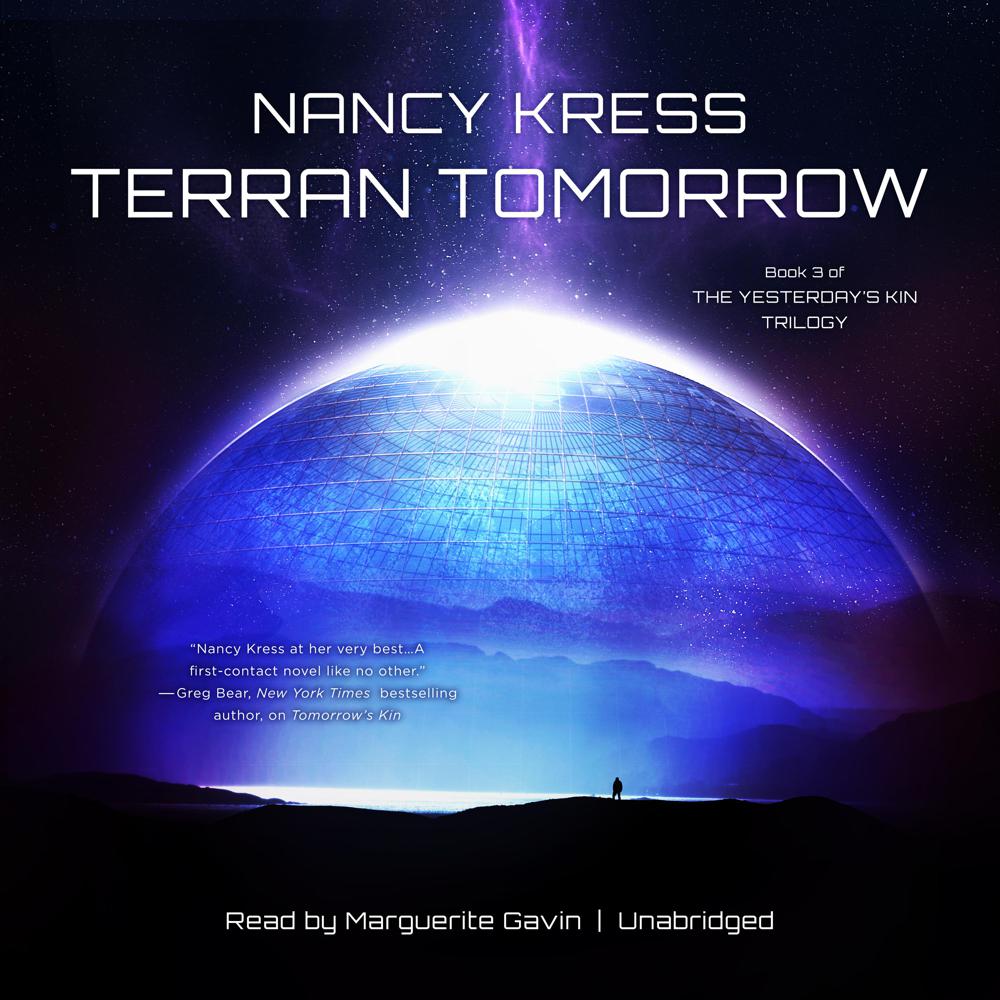 Nancy Kress returns with Terran Tomorrow, the final book in the thrilling hard SF trilogy based on the Nebula Award–winning novella Yesterday’s Kin.

The diplomatic mission from Earth to World ended in disaster, as the Earth scientists discovered that the Worlders were not the scientifically advanced culture they believed. Though they brought a limited quantity of the vaccine against the deadly spore cloud, there was no way to make enough to vaccinate more than a few dozen. The Earth scientists, and surviving diplomats, fled back to Earth.

But once home, after the twenty-eight-year gap caused by the spaceship transit, they find an Earth changed almost beyond recognition. In the aftermath of the spore cloud plague, the human race has been reduced to only a few million isolated survivors. The knowledge brought back by Marianne Jenner and her staff may not be enough to turn the tide of ongoing biological warfare.

“Nancy Kress at her very best…A first-contact novel like no other.”

“A solid, riveting, and fast-paced tale.”