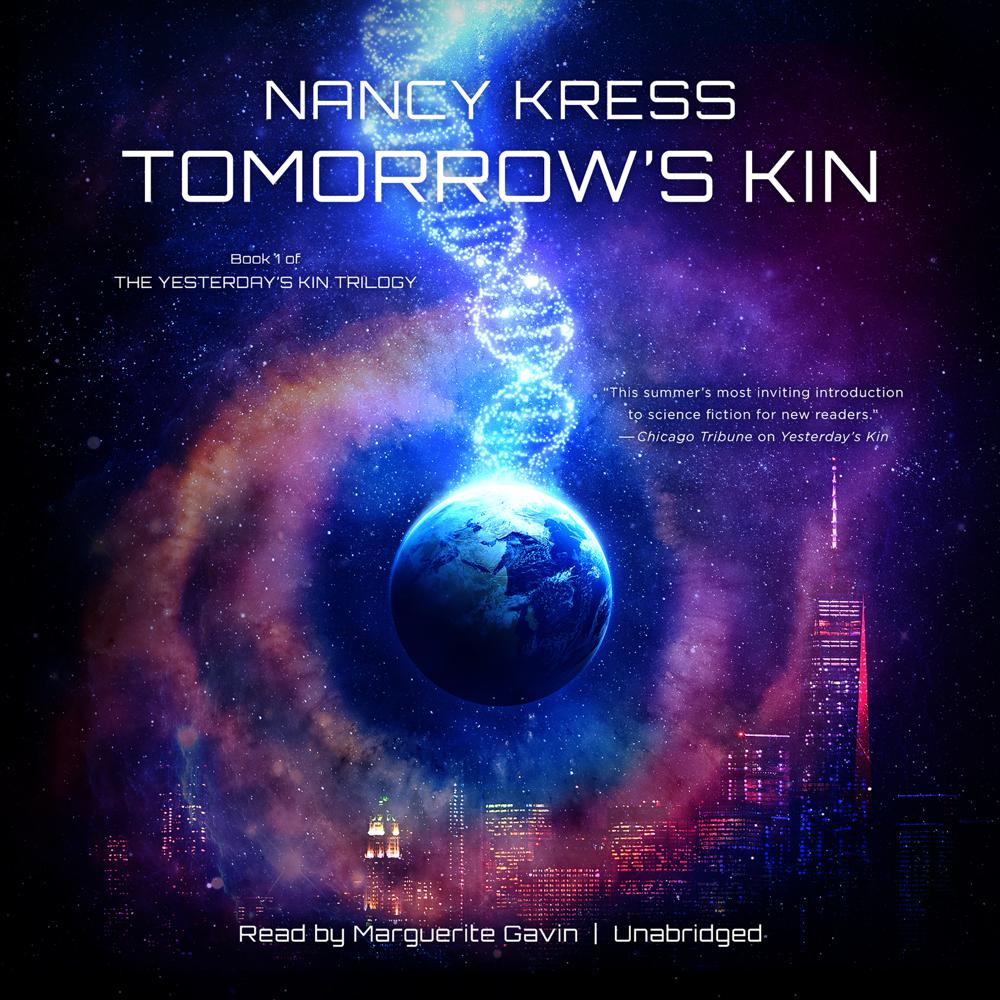 Aliens have landed in New York.

A deadly cloud of spores has already infected and killed the inhabitants of two worlds. Now the plague is heading for Earth, threatening humans and aliens alike. Can either species be trusted to find the cure?

Geneticist Marianne Jenner is immersed in the desperate race to save humanity, yet her family is tearing itself apart. Siblings Elizabeth and Ryan are strident isolationists who agree only that an alien conspiracy is in play. Marianne’s youngest, Noah, is a loner addicted to a drug that constantly changes his identity. But between the four Jenners, the course of human history will be forever altered.

Earth’s most elite scientists have ten months to prevent human extinction—but not everyone is willing to wait.

“Sharply observant family drama that, in the best traditions of SF, functions as entertainment, education, and social commentary.”

“Kress has adapted Yesterday’s Kin, her 2014 Nebula Award–winning novella into a trilogy and starts it off with a solid, riveting and fast-paced tale. The worldbuilding—mixing a contemporary New York City filled with protesters and human shortcomings with a sterile alien environment in the middle of the harbor—is a thing of beauty, even as humanity turns violent. Kress has nailed the foibles of all the characters; whether she’s channeling a middle-aged scientist or a five-year-old boy, the storytelling is believable. You may want to look up as you read, for this is a plausible first-contact tale.”