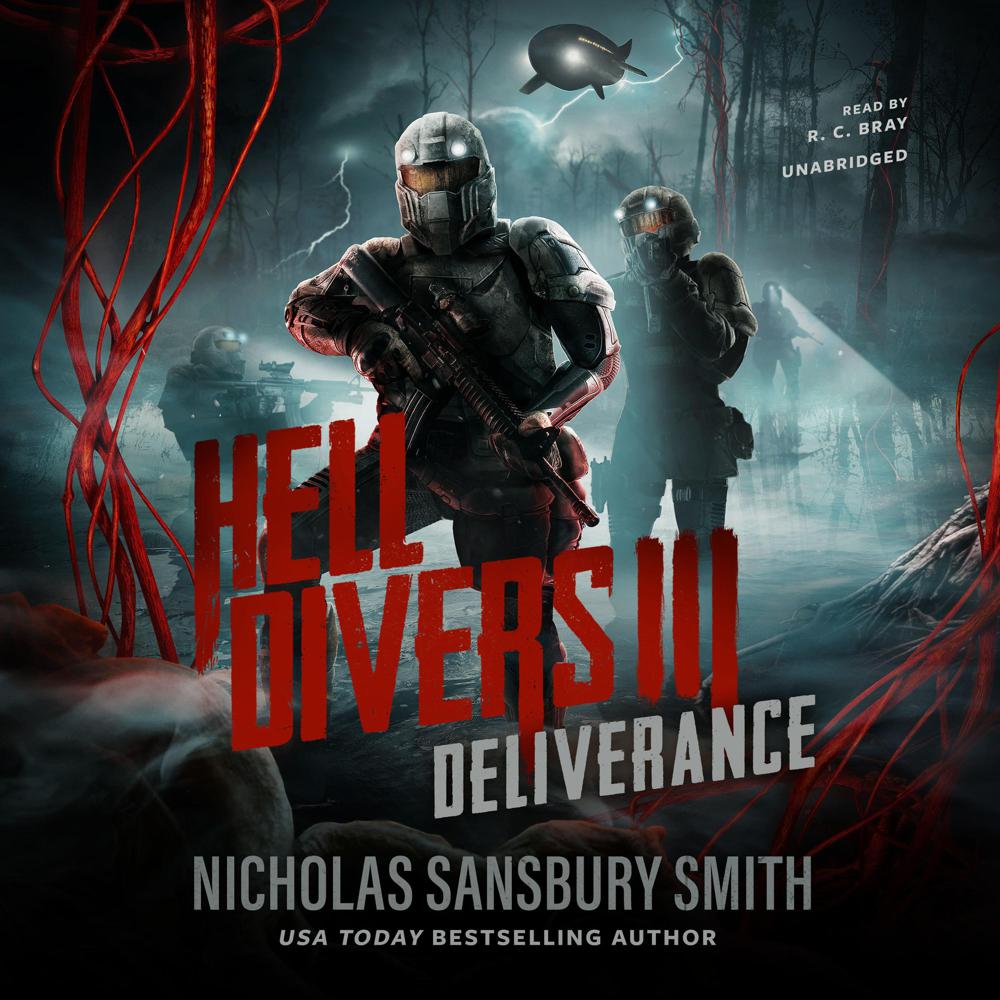 They will dive, but will humanity survive?

Left for dead on the nightmarish surface of the planet, Commander Michael Everhart and his team of Hell Divers barely escape with their lives aboard a new airship called Deliverance. After learning that Xavier “X” Rodriguez may still be alive, they mount a rescue mission for the long-lost hero.

In the skies, the Hive is falling apart, but Captain Jordan is more determined than ever to keep humanity in their outdated lifeboat. He will do whatever it takes to keep the ship in the air—even murder. But when he learns the Hell Divers he exiled have found Deliverance, he changes course for a new mission—find the divers, kill them, and make their new ship his own.

In the third installment of the Hell Divers series, Michael and his fellow divers fight across the mutated landscape in search of X. But what they find will change everything.

“Smith really knows how to deliver a powerful story.”

“A very satisfying postapocalyptic sci-fi…If this was turned into a movie, I’d be there on opening night…I loved it.”

“Ably narrated by R. C. Bray, this complete and unabridged audio book production is a ‘must’ for all Hell Diver fans as a natural conclusion to an outstanding post-holocaust science fiction trilogy, but can be listened to as an individual ‘stand alone’ story, making it highly recommended for personal as well as community library science fiction audiobook collections.”