Lord of the Privateers
Stephanie Laurens 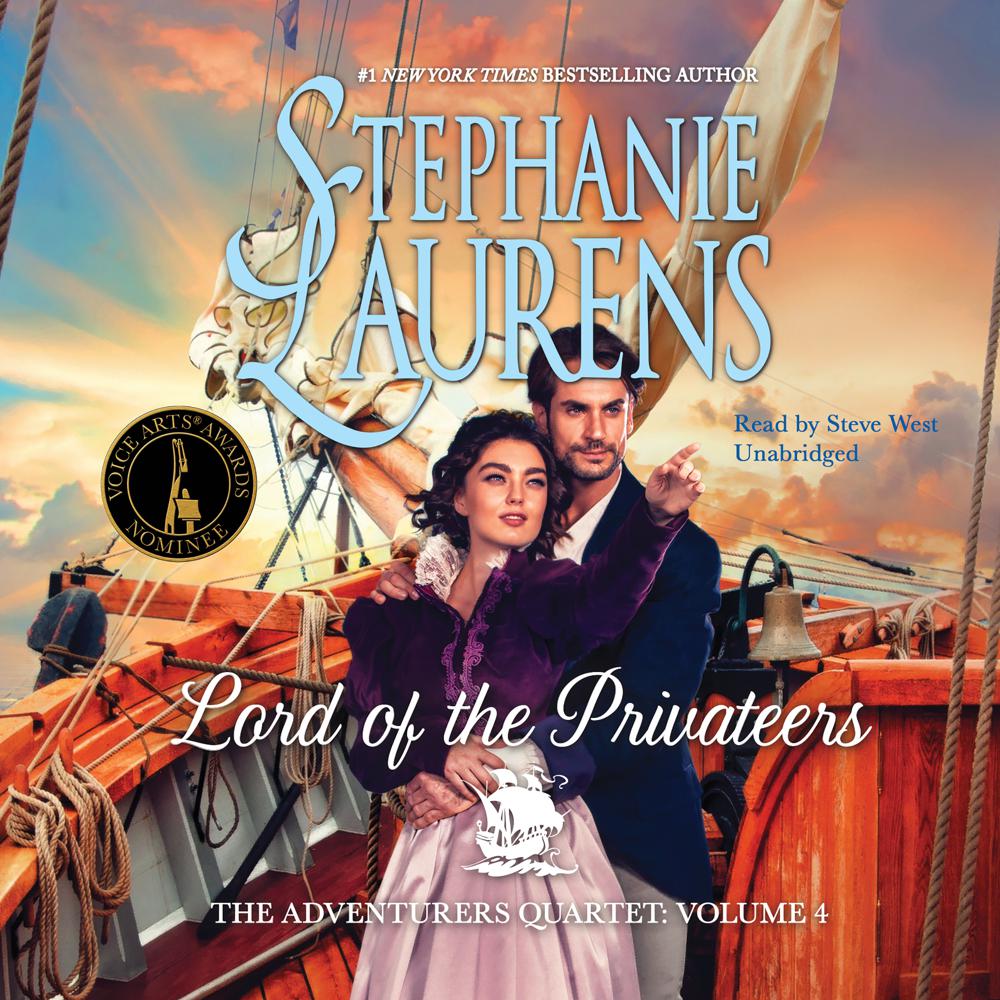 Can true love die? Or, neglected, does it lie dormant until the object of true desire is again within reach? Denied, does passion smolder, like embers waiting for the right conditions to flare into an all-consuming conflagration?

New York Times bestselling author Stephanie Laurens delivers the thrilling conclusion to the acclaimed Adventurers Quartet series, a passionate Regency-era drama played out on the high seas and in the sweltering heat of tropical jungles, reaching a scintillating climax in the glittering ballrooms of Mayfair.

The eldest of the Frobisher brothers and widely known as the lord of the privateers, Royd Frobisher expects to execute the final leg of the rescue mission his brothers have been pursuing. What he does not expect is to be pressured into taking with him his emotional nemesis, childhood sweetheart, ex-handfasted bride, and current business partner, Isobel Carmichael. But is it Isobel doing the pressuring or his own restless, unfulfilled psyche?

Isobel, resolute, determined, and an all but unstoppable force of nature, has a mission of her own: find her cousin Katherine and bring her safely home. And if, along the way, she can rid herself of the lingering dreams of a life with Royd that still haunt her, then well and good.

Neither expects the shock that awaits as they set sail aboard Royd’s ship, much less the new horizons that open before them as they make port in London and then embark on a full-scale rescue and assault on the mining compound buried in the jungle.

Yet even with the support of his brothers and their ladies and all the rescued ex-captives, Royd and Isobel discover that freeing the captives is only half the battle. In order to identify and convict the backers behind the illicit enterprise—and thus protect the government from catastrophic destabilization—they must return to the ballrooms of the haut ton and, with the help of a small army of supporters, hunt the villains on their home ground.

But having found each other again, having glimpsed the heaven that could be theirs again, how much are they willing to risk in the name of duty?

Learn the answer and revel in the action, drama, intrigue, and passion as the Frobishers—with help from Wolverstone, the Cynsters, and many familiar others—steer the adventure to a glorious end.

“Narrator Steve West completes the author’s Frobisher stories with his best performance yet…West parses the story’s lyrical language for maximum clarity. He expresses Royd’s aristocratic privilege with a sexy formality while maintaining the fluidity necessary for a natural conversational style. His voice for Isobel is feminine but not caricatured. West carefully balances Royd’s power and authority with Isobel’s independent nature, respecting Laurens’ portrayal of an equal partnership. Overall, West delivers a majestic reading, recounting moments of hand-to-hand combat as skillfully as he depicts nineteenth-century British formality. Listen to the entire series for a great audio love affair. Winner of the AudioFile Earphones Award.”

“A sweeping, passionate historical romance, Lord of the Privateers is highly recommended to connoisseurs of the genre.”

“A sweeping end to an exploratory historical romance quartet.”