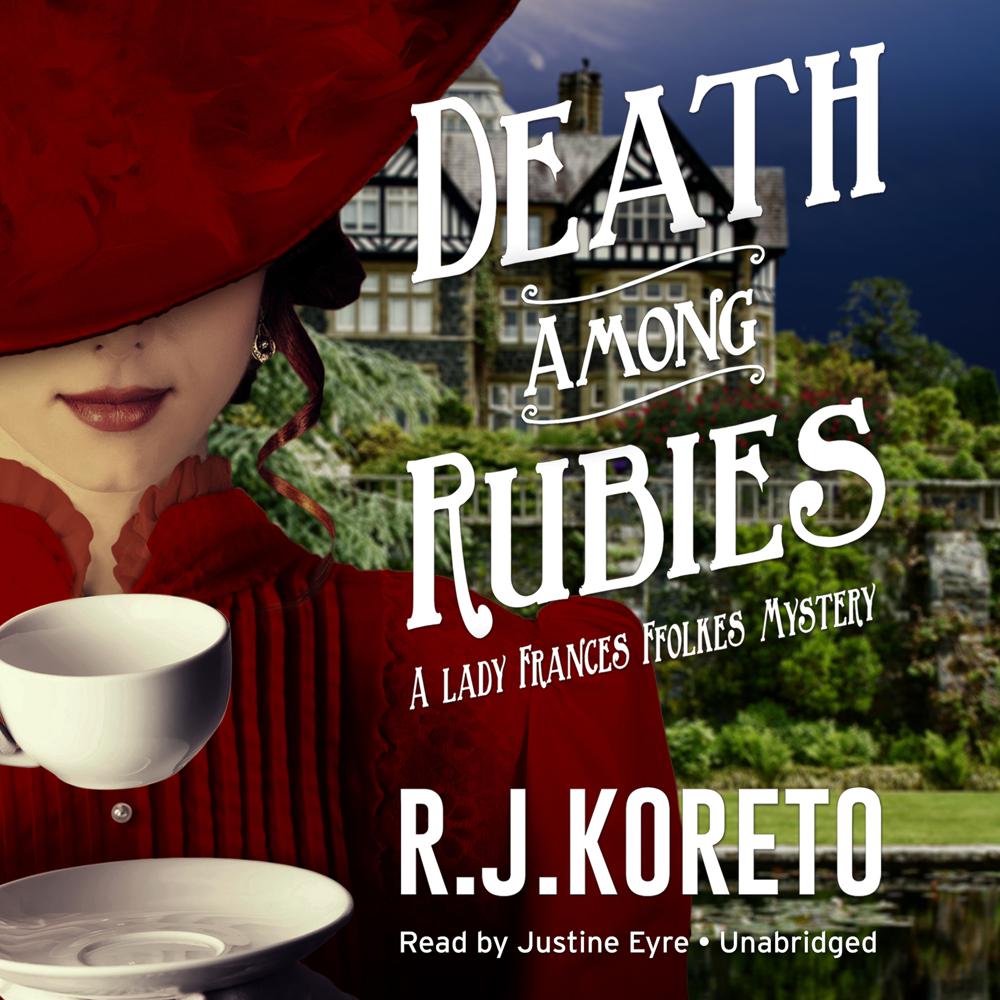 Lady Frances Ffolkes is incensed when she finds out that her dear friends Gwendolyn and Thomasina have been subject to vicious threats. Promising to uncover their attacker, she travels with them to Kestrel’s Eyrie, the fabled estate belonging to Gwen’s family. But soon Frances faces an even greater problem, when Gwen’s father, a powerful diplomat, is stabbed to death with his prized ruby dagger.

Frances, with her loyal maid June Mallow at her side, jumps right into interrogating the estate’s numbered guests: a charming Turkish diplomat with a habit of sneaking off into the night, a brash American heiress with lofty dreams of becoming mistress of the Eyrie, two gossiping widows with their own scandalous secrets, and Gwen’s own aunt tasked with keeping the affairs of the estate in order among the chaos of the investigation. But as the case unfolds, Frances’ righteous conviction might just be the very thing that leads danger—and even more death—to her own doorstep.

Old sins do indeed cast long shadows in Death among Rubies, a delightful closed-room mystery in the vein of Agatha Christie and the second in R. J. Koreto’s effortlessly charming historical series.

“Justine Eyre’s narration is well suited to this mystery featuring members of the English aristocracy…Eyre perfectly captures [Lady Frances’] haughty accent, strong will, and flippant attitude towards tradition. Eyre gives fitting portrayals of all the characters—from the highest-born ladies to the maids and servants, as well as the guests who visit the estate. Notably, Eyre is convincing as the mysterious Turkish diplomat who won’t reveal what he’s seen, as well as the American woman who wishes to own the estate.”

“Audie Award winner Justine Eyre gives the story the full-voiced treatment, complete with appropriate accents, from Irish to Turkish. She is a superior voice in the business. The series is highly recommended.”

“A very enjoyable series…[Koreto] is a superb writer of the beloved upstairs/downstairs mystery.”

“The character dialogue is fantastic. The female leads are simply wonderful…I can tell the writer loves this time period, as he handles the era’s mannerisms and conventions masterfully. All in all, this is a delightful read.”

“A charming Edwardian mystery with a delightfully unconventional heroine and her plucky maid as sidekick.”

“Appealing…The delightful Franny and Mallow soon discover familial as well as political motives behind the crime. Koreto nicely blends international intrigue and affairs of the heart.”

“Koreto skillfully contrasts the feminist milieu of 1907 England with the establishment class structure. Lady Frances and Mallow are an effective pairing.”

“A suffragette sleuth solves a baffling murder, to the chagrin of Scotland Yard…Koreto’s second case for his titled heroine is devilishly clever and written with unmistakable verve.”