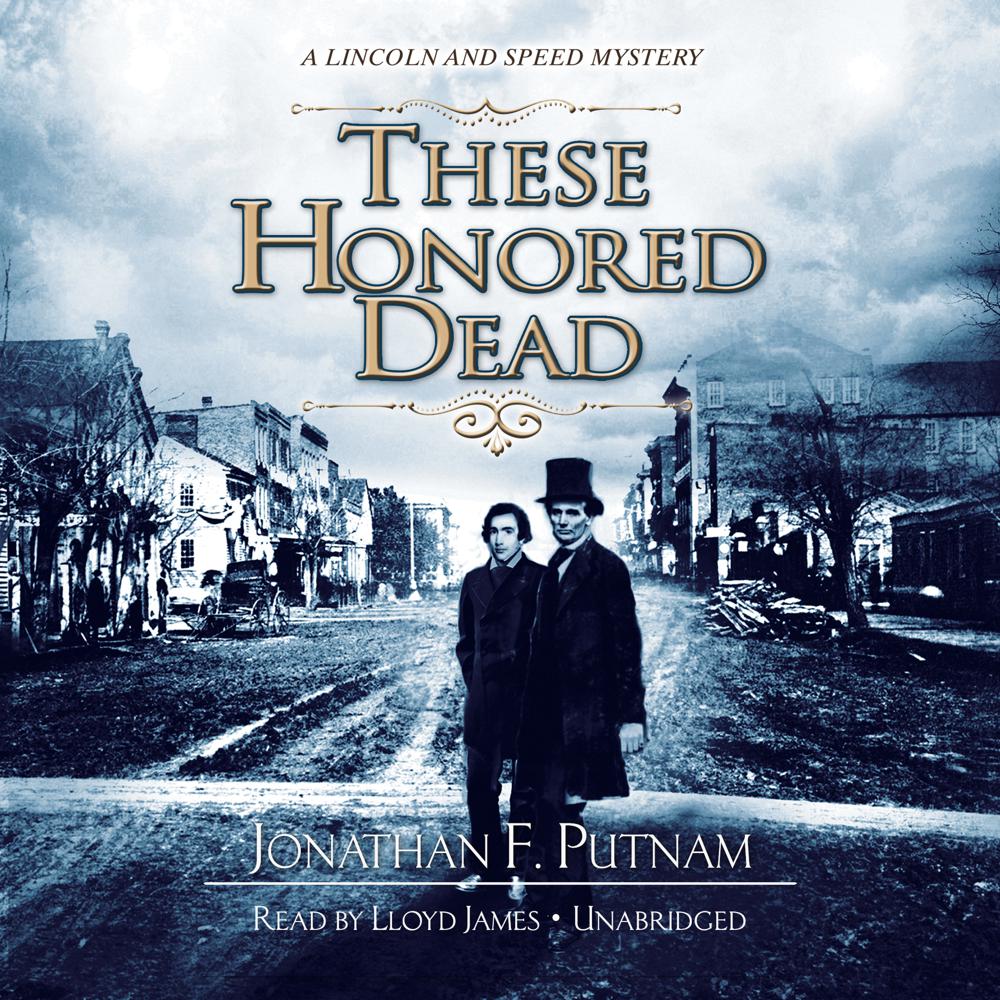 Joshua Speed, the enterprising second son of a wealthy plantation owner, has struck off on his own. But before long he makes a surprising and crucial new acquaintance—a freshly minted lawyer by the name of Abraham Lincoln.

When an orphaned girl from a neighboring town is found murdered and suspicion falls on her aunt, Speed makes it his mission to clear her good name. Of course, he’ll need the legal expertise of his unusual new friend. Together, Lincoln and Speed fight to bring justice to their small town. But as more bodies are discovered and the investigation starts to come apart at the seams, there’s one question on everyone’s lips: Does Lincoln have what it takes to crack his first murder case?

Inspired by actual events from the American frontier, Jonathan Putnam’s thrilling debut, These Honored Dead, brings a verve and vigor to the historical mystery genre that readers haven’t seen since Caleb Carr’s The Alienist.

“Putnam combines a historian’s understanding of character and context with a remarkable narrative drive.”

“This book is a time machine, and the mystery at its core is equally elegant and brutal.”

“A masterfully crafted modern novel….the most gripping debut in years.”

“Putnam takes the real-life friendship of Lincoln and Speed and spins a wonderful fictional history of their first years together…A well-researched book that will appeal to fans of historical fiction and a book that should be on a Lincoln buff’s reading list.”

“Does a fine job presenting a recognizable young Abraham Lincoln…The courtroom scenes are nicely dramatic, and the final reveal a plausible surprise.”

“Narrator Lloyd James presents the young Lincoln as folksy, compassionate, and wise to the ways of the court system. As Lincoln, James speaks in a clearly enunciated, slightly high-pitched voice with just a trace of a Kentucky accent. James’ other voices seem equally suited to the vibrant characters, including the slave owner Joshua Speed, a real-life friend of Lincoln.”

“Lawyer Putnam bases his debut novel on a solid historical foundation, introducing the issue of emancipation, in the first of what looks to be a winning historical-mystery series.”

”Frontier justice was not the jurisprudence we know today, as this well-researched debut mystery by a lawyer and amateur Lincoln scholar reveals…Eye-opening historical details on hunting runaway slaves and nineteenth-century poorhouses will interest readers who enjoy works by Caleb Carr and E. L. Doctorow.”

“Putnam combines the historical fact of a lifelong friendship with lively fiction in a debut set on the edge of the American frontier.”

“Young Mr. Lincoln makes a crackerjack detective. He and the narrator, Speed, are a fine Holmes and Watson. Putnam’s book is historical mystery at its best.”

“Lawyer Putnam bases his debut novel on a solid historical foundation…in the first of what looks to be a winning historical-mystery series.”