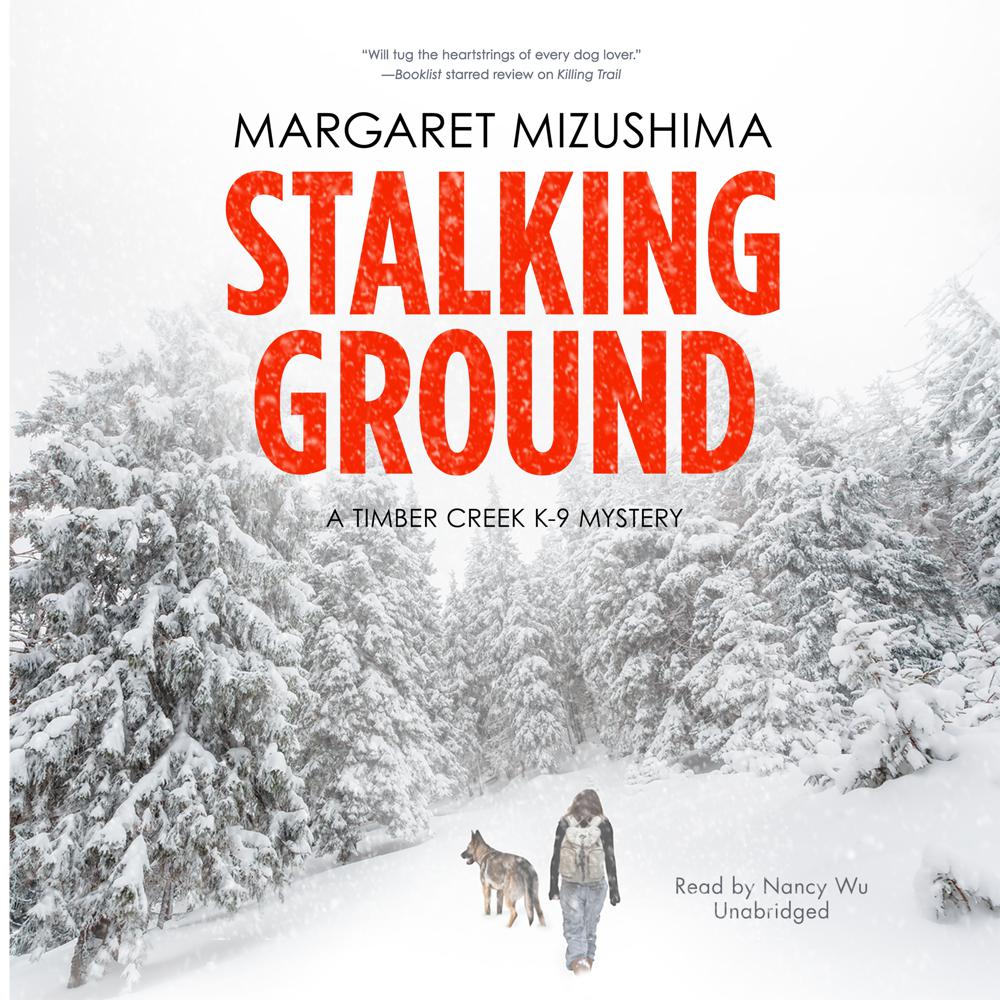 The next thrilling installment in the Timber Creek K-9 Mysteries

When Deputy Ken Brody’s sweetheart goes missing in the mountains outside Timber Creek, Mattie Cobb and her K-9 partner Robo are called to search. But it’s mid-October and a dark snow storm is brewing over the high country. And they’re already too late. By the time they find her body, the storm has broken and the snow is coming down hard.

While Brody hikes down to bring back the forensics team and veterinarian Cole Walker gathers supplies to protect them from the storm, Mattie and Robo find themselves alone, guarding the gravesite overnight in the dead of the early winter. And that’s only the first long, dark night in a series of them, because as their investigation develops, Mattie, Robo, Brody, and Cole find themselves in the middle of the killer’s stalking ground—where the hunters become the hunted.

An engrossing listen filled with tension, excitement, and heart, Stalking Ground, the second in Margaret Mizushima’s lauded debut series, will send a chill down every listener’s spine.

“Realistic characters and believable plot twists distinguish Mizushima’s brisk sequel to 2015’s Killing Trail…Robo proves his mettle as a well-trained detective and a brave hero in this incisive look at small-town police work.”

“Mizushima’s sophomore outing proves that her acclaimed series debut, Killing Trail, was no fluke. Carefully crafted tension is reinforced by the ominous weather hanging over the mountains. A strong sense of place will appeal to Ben Rehder fans; dog lovers will want to read this thriller as well.”

“The unlikely mix of Mattie’s intense psychological drama with the series’ signature elements—watching Robo work a case and reveling in the author’s vivid descriptions of the outdoors—gel surprisingly well here, producing a taut page-turner on multiple levels.”

“A K-9 cop and her canine partner track down the killer of a colleague’s girlfriend in a case that hits close to home…Equally packed with mystery and plot development for the series characters, Mizushima’s second is heavy in animal interest.”