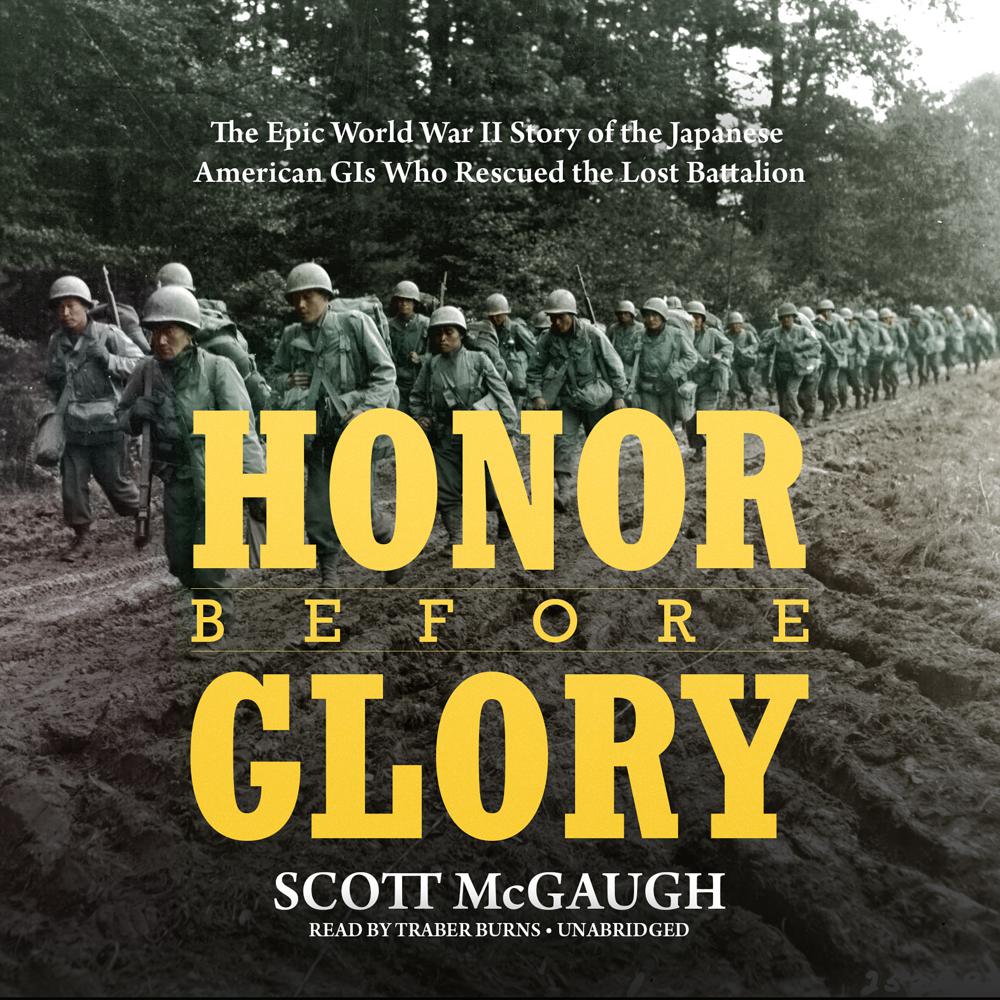 The gritty and inspiring story of the Japanese American “Go for Broke” regiment that rescued—against all odds—a trapped American battalion, and went on to become the most decorated unit of its size in World War II

On October 24, 1944, more than two hundred American soldiers were surrounded by German infantry deep in the Vosges Mountains of eastern France. When their food, ammunition, and medical supplies ran out, the area’s Army headquarters turned to the 442nd Regimental Combat Team, a segregated unit of Japanese American soldiers, to achieve what other units had failed to do: rescue the “lost battalion.”

In this riveting narrative, New York Times bestselling historian Scott McGaugh tells the story of the famous soldiers who had volunteered for combat from within America’s internment camps. It is a story of a young generation’s fight against both the enemy and American prejudice—a story of heroism, sacrifice, and the best America has to offer.

“Riveting…A stirring tale of how Japanese American soldiers disregarded hatred, distrust, and overt racism to serve the nation with courage, dignity, and distinction.”

“A suspenseful narrative that carefully recounts the actions, events, and personalities involved…A satisfying read and a necessary addition to the subject’s literature.”

“The sacrifice of these young Japanese American volunteer soldiers…gave poignant new meaning and irony to America’s understanding of patriotism.”