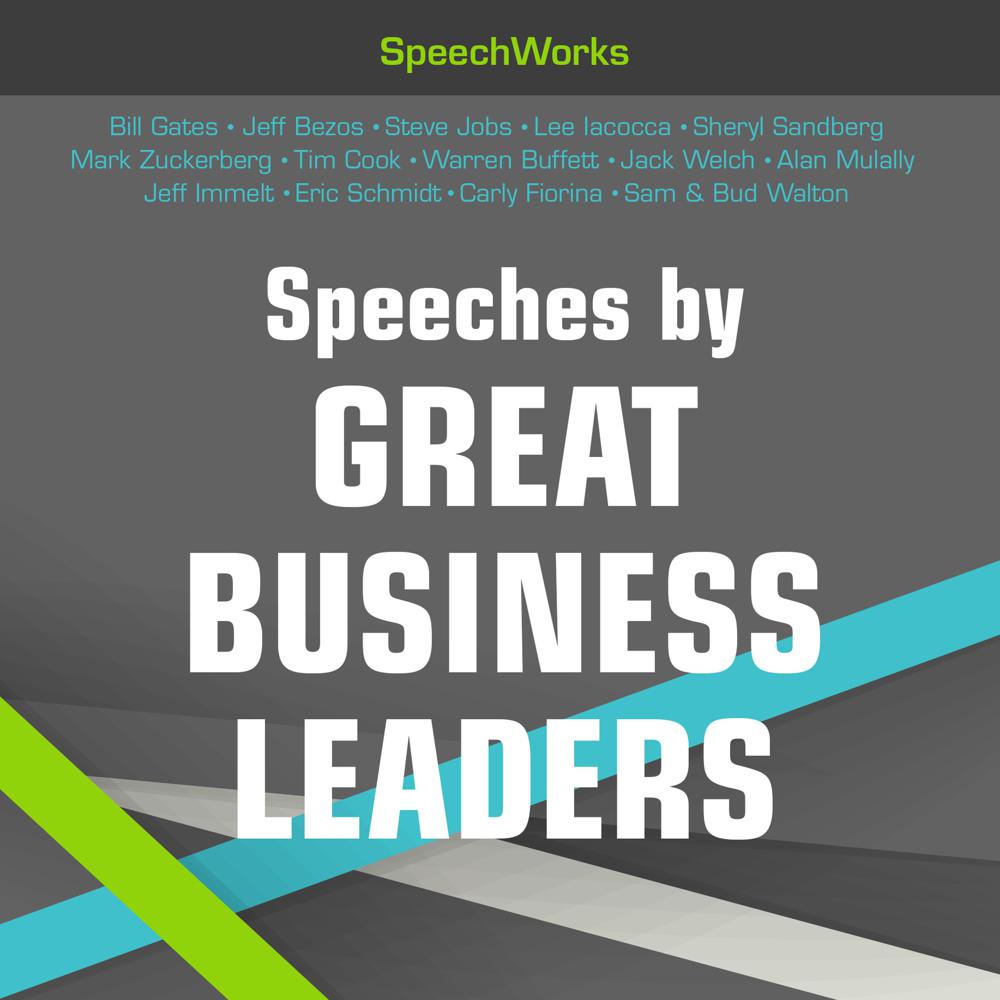 Hear Steve Jobs introduce the iPhone, Lee Iacocca hold forth on the topic of Japanese trade, Warren Buffett’s thoughts on the financial future of America’s youth, and Jack Welch at his final management meeting as CEO of General Electric. These are just four of the fourteen speeches in this amazing collection.

4. Lee Iacocca. The former chairman of Chrysler and president of Ford addresses the Economic Club of Detroit on the topic of Japanese trade on January 10, 1992. (35:23)

6. Sam and Bud Walton. The cofounders of Walmart and Sam’s Club reflect on business accomplishments over the years. (8:19)

8. Carly Fiorina. The former CEO of Hewlett-Packard speaks at the Conservative Enterprise Institute on June 11, 2015. (28:26)

10. Warren Buffett. The American business magnate speaks on the financial future of American youth at the Nebraska Educational Forum on October 11, 1999. (59:00)

11. Alan Mulally. “Leaders must serve with courage.” The former president and CEO of Ford—and before that, Boeing—addresses students at the Stanford Graduate School of Business on February 3, 2011. (52:19)

12. Jeff Immelt. “The Business World.” The chairman and CEO of General Electric discusses how business has changed in his nearly three decades at GE to students at Stanford Graduate School of Business on May 25, 2010. (58:16)

13. Eric Schmidt. The former CEO of Google addresses the students at Princeton University on topic of the future of technology. (21:20)