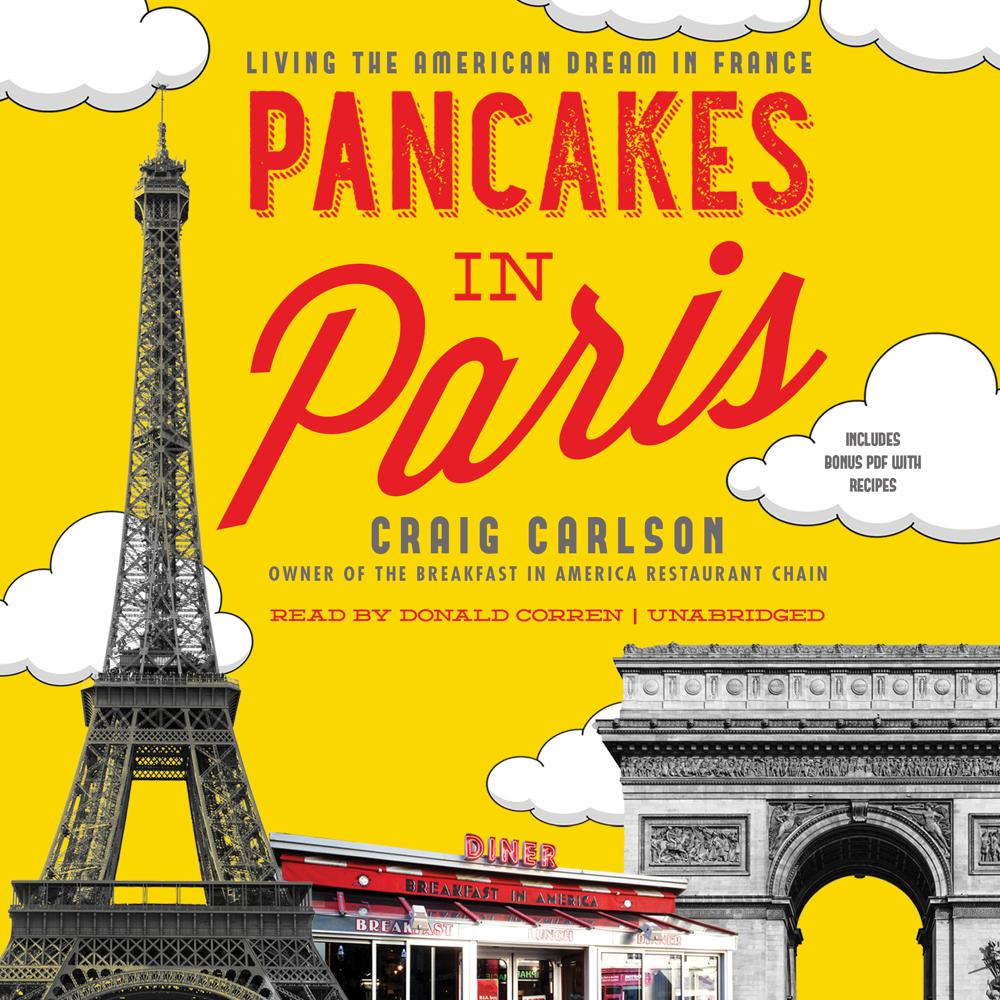 Paris was practically perfect—although for Craig Carlson one thing was still missing: the good ol’ American breakfast he loved so much.

Craig was the last person anyone would have expected to open an American diner in Paris. He came from humble beginnings in a working-class town in Connecticut, had never worked in a restaurant, and didn’t know anything about starting a brand-new business. But from his first visit to Paris, Craig knew he had found the city of his dreams.

Pancakes in Paris is the story of Craig tackling the impossible—from raising the money to fund his dream to tracking down international suppliers for “exotic” American ingredients, and even finding love along the way. His diner, Breakfast in America, is now a renowned tourist destination, and the story of how it came to be is just as delicious and satisfying as the classic breakfast that tops its menu.

“Donald Corren’s engaging performance highlights Carlson’s roller-coaster experience of getting Breakfast In America, a diner in Paris, from concept to actuality. Corren’s spirited narration captures Carlson’s struggle not only with French bureaucracy and other cultural differences but also with creating a following for the diner. While most of the accents and pronunciations are spot-on and capture the nuances of the French people in the book, some deliberately imperfect pronunciations add an authentic flavor of an American trying to fit in. Ever entertaining are Corren’s perfectly delivered comments on the sometimes passionate, sometimes laissez-faire Gallic responses to the various situations that make Carlson’s journey both difficult and rewarding.”

"Pancakes in Paris is a funny, inspiring, moving, and provocative story…no less than fascinating.”

“His adventures are full of interesting characters, delicious food, and charming sites.”

“Carlson does an admirable job of recounting his rocky childhood, the numerous strange connections to France during his early life, and what these events ultimately revealed to him about his life…Carlson’s narrative is an inspirational, tasty trip through one man’s delightful and hard-won success.”

“With Carlson recounting hurdles from amusing to serious, this memoir makes for a delicious read.”

“With nonstop enthusiasm, the author details the many obstacles he faced to make his dream a reality…A light, entertaining.”

“Carlson tells his story with an openness and an ironic sense of humor. Pancakes in Paris is a great success story and will inspire readers to never stop trying to achieve their goals.”

“Craig’s book is cheerful as his diners and as satisfying as his pancake breakfasts.”