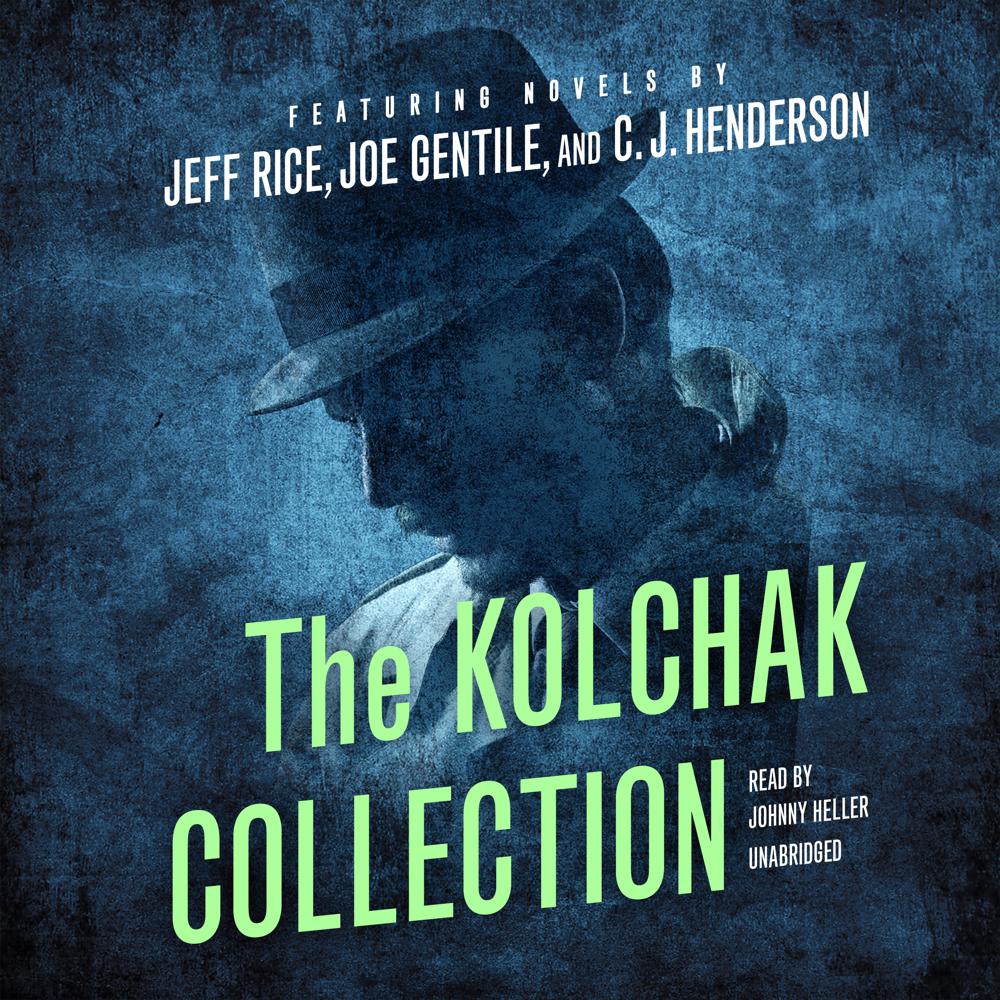 The Kolchak Papers: The Original Novels by Jeff Rice

Two of the most unique investigators of all time try to untangle the same mystery … one hundred years apart from each other. Set in the lawless Wild West, the hidden world of Victorian London, and the present-day hell of Hollywood, Cry of Thunder: Sherlock Holmes & Kolchak the Night Stalker follows Holmes’ trail of a man who was wrongfully—and willingly—imprisoned; a shocking New World Order anarchy; a beautiful woman who needs Kolchak to delve into the surreal past; and the shunned man who holds the key.

Kolchak and the Lost World by C. J. Henderson

After convincing a serial killer to confess, newspaper reporter Kolchak is offered an international assignment with massive coverage around the world. With fame and fortune finally within reach, he’s ready to cover the story—until he’s confronted by a mysterious monk who warns him that “the seventy-two must always be.” What this means is not explained. But before he knows it, Kolchak’s dreams are invaded by inexplicable images warning him that every step he takes toward the big story is bringing him closer to death.