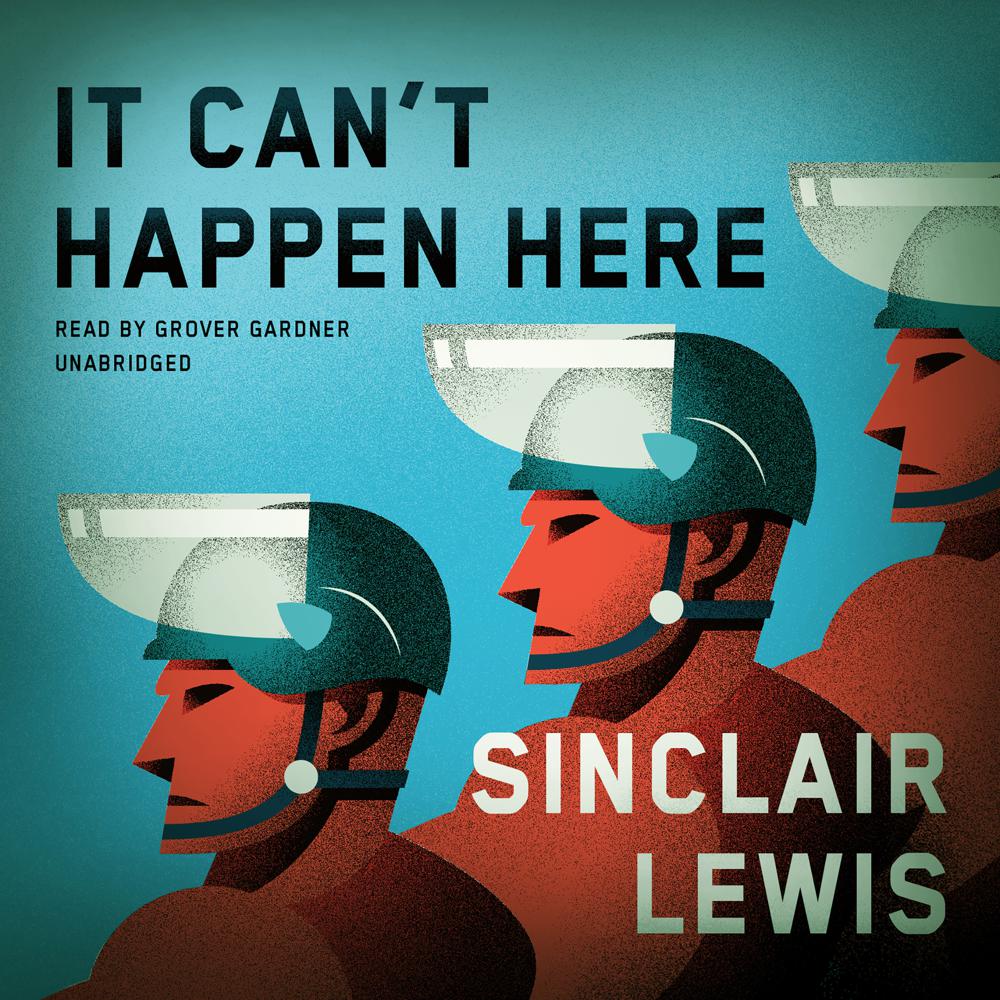 First published in 1935, when Americans were still largely oblivious to the rise of Hitler in Europe, this prescient novel tells a cautionary tale about the fragility of democracy and offers an alarming, eerily timeless look at how fascism could take hold in America.

Doremus Jessup, a newspaper editor, is dismayed to find that many of the people he knows support presidential candidate Berzelius Windrip. The suspiciously fascist Windrip is offering to save the nation from sex, crime, welfare cheats, and a liberal press. But after Windrip wins the election, dissent soon becomes dangerous for Jessup. Windrip forcibly gains control of Congress and the Supreme Court and, with the aid of his personal paramilitary storm troopers, turns the United States into a totalitarian state.

“One of the most important books ever produced in this country.”

“This audio version of the Sinclair Lewis classic keeps listeners riveted to Grover Gardner’s restrained yet powerful delivery. The 1935 novel, which predicts a dystopian future, is truly crafted for listening. Gardner is masterful at bringing listeners into the workings of protagonist Doremus Jessup’s worried mind…and stays with the listener long after the production ends.”

“Lewis imagined the rise of a populist figure by the name of Buzz Windrip who rallies to defeat FDR in the 1936 election. A recent New York Times article outlined the similarities between Windrip and Trump, stating, ‘Like Trump, Windrip sells himself as the champion of “Forgotten Men,” determined to bring dignity and prosperity back to America’s white working class. Windrip loves big, passionate rallies and rails against the ‘lies of the mainstream press.’”

“A message to thinking Americans.”

“A cautionary tale about the fragility of democracy…It juxtaposes sharp political satire with the chillingly realistic rise of a President who becomes a dictator to save the nation from welfare cheats, rampant promiscuity, crime, and a liberal press. Now finally back in print, It Can’t Happen Here remains uniquely important, a shockingly prescient novel that’s as fresh and contemporary as today’s news.”