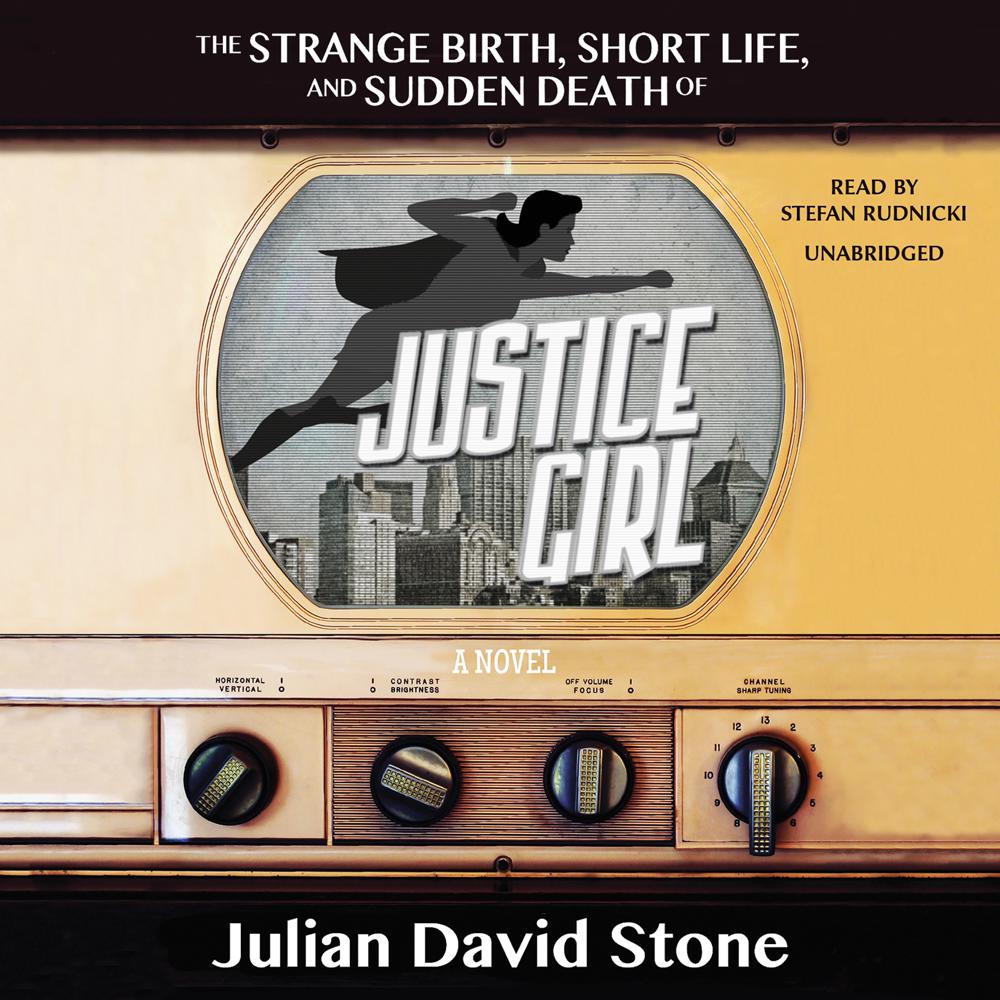 The golden age of live television comes to vivid life with the memorable and entertaining tale of Jonny Dirby, who unintentionally captivates the imagination of America with his creation of the hit show Justice Girl. This fun, engrossing work of historical fiction transports listeners back to a time when television shows were chaotic tightrope acts balancing the agendas of actors, studio executives, advertisers, and politicians—and all of it broadcast live to fifty million viewers without the security of a safety net.

Set in 1955 in New York City, Julian David Stone’s impressive novel follows Jonny from the writers’ room of a steady network gig to a crisis of conscience when he decides to abandon his regular paycheck to claim the moral high ground against the spreading plague of McCarthyism. In a final act of defiance, Jonny alters the script of a Superman-inspired lampoon moments before it is broadcast live. What nobody can anticipate is that Jonny’s accidental creation, Justice Girl, and her infectious catchphrase of “Justice is served!” are about to sweep the nation and win the hearts and minds of America. Add to the mix a highly driven actress trying to get Jonny blacklisted, along with a desperate network president willing to do anything he can to get compete control of the show, and the history of television will never be the same.

The Strange Birth, Short Life, and Sudden Death of Justice Girl moves beyond the gags and gaffes of television’s golden age to plumb the depths of the media’s broader influence. Anyone interested in this time when television was a new phenomenon, with different factions fighting to use it to promote their varied agendas, will enjoy this riveting novel. Stone is an award-winning writer and director whose twenty years in the entertainment business informs his work with an insider’s perspective.

“[A] fast-moving yarn…Lively reading…A great take on what it must have been like to be in the business during those formative years, when anything was possible.”

“[A] lurid depiction of mass media’s power in shaping our fantasies, values, ideals, and fears. The author ably captures the tension and excitement of live television, focusing on how quickly this medium made and destroyed both careers and lives. This modern fable of fame and failure emphasizes the political and economic agendas that molded the entertainment industry and a generation. This fast-paced and emotionally vibrant satire is a treat for television buffs and general readers alike.”