It's Even Worse Than It Looks
Thomas E. Mann, Norman J. Ornstein 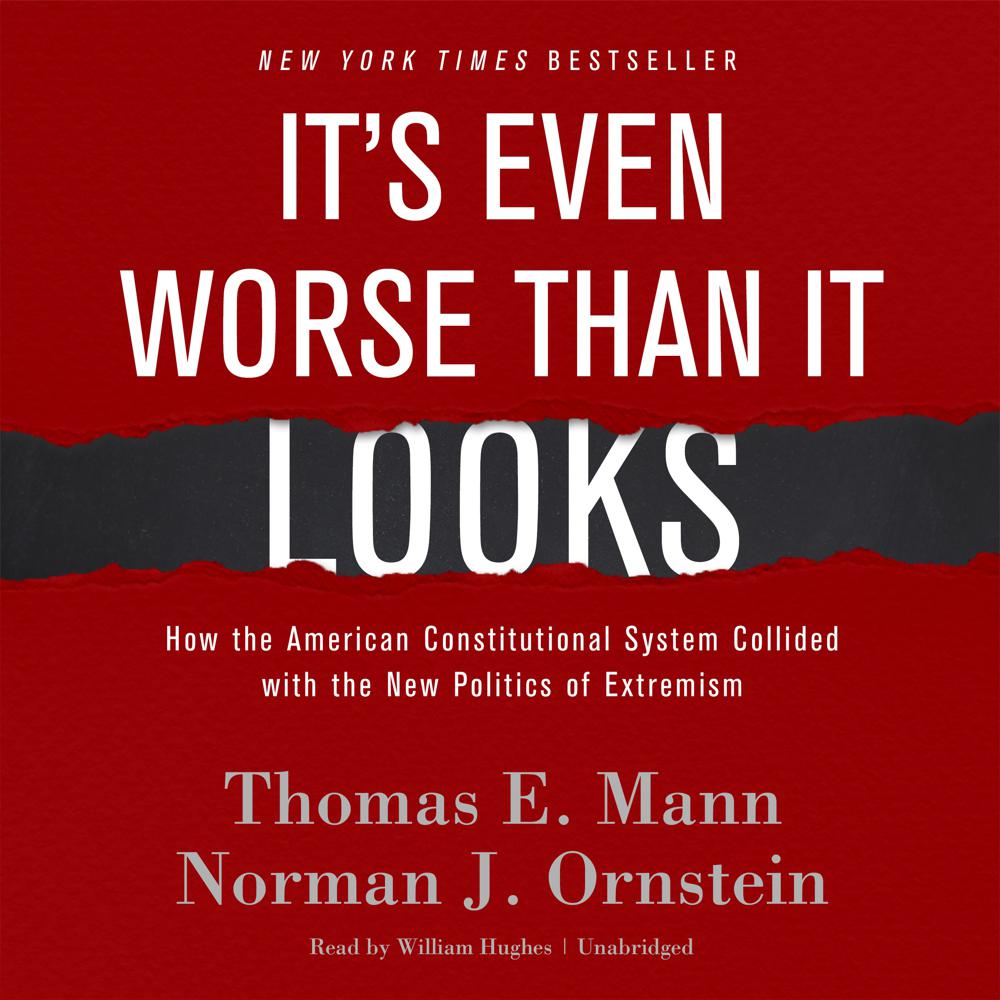 Hyperpartisanship has gridlocked the American government. Congress’ approval ratings are at record lows, and both Democrats and Republicans are disgusted by the government’s inability to get anything done. In It’s Even Worse Than It Looks, Congressional scholars Thomas E. Mann and Norman J. Ornstein present a grim picture of how party polarization and tribal politics have led Congress—and the United States—to the brink of institutional failure.

In this revised edition, the authors bring their seminal book up to date in a political environment that is more divided than ever. The underlying dynamics of the situation—extremist Republicans holding government hostage to their own ideological, antigovernment beliefs—have only gotten worse, further bolstering their argument that Republicans are not merely ideologically different from Democrats, but engaged in a unique form of politics that undermines the system itself. Without a fundamental change in the character and course of the Republican Party, we may have a long way to go before we hit rock bottom.

“Mann and Ornstein diagnose the roots of our nation’s new legislative order. In doing so, they draw attention to the forces holding back America’s future.”

“Reading this book is a little like quaffing a double espresso on an empty stomach—it’s a jolt. For this reader it was a welcome jolt…As Mann and Ornstein document so vividly, at a time when only good government could help us rediscover our footing as a nation, our Grand Old Party defines itself as the party of antigovernment. This is why the title of this book is so good: our situation really is even worse than it looks.”

“[A] compelling analysis of the gridlock that characterizes America’s domestic politics.”