You Belong to the Universe
Jonathon Keats 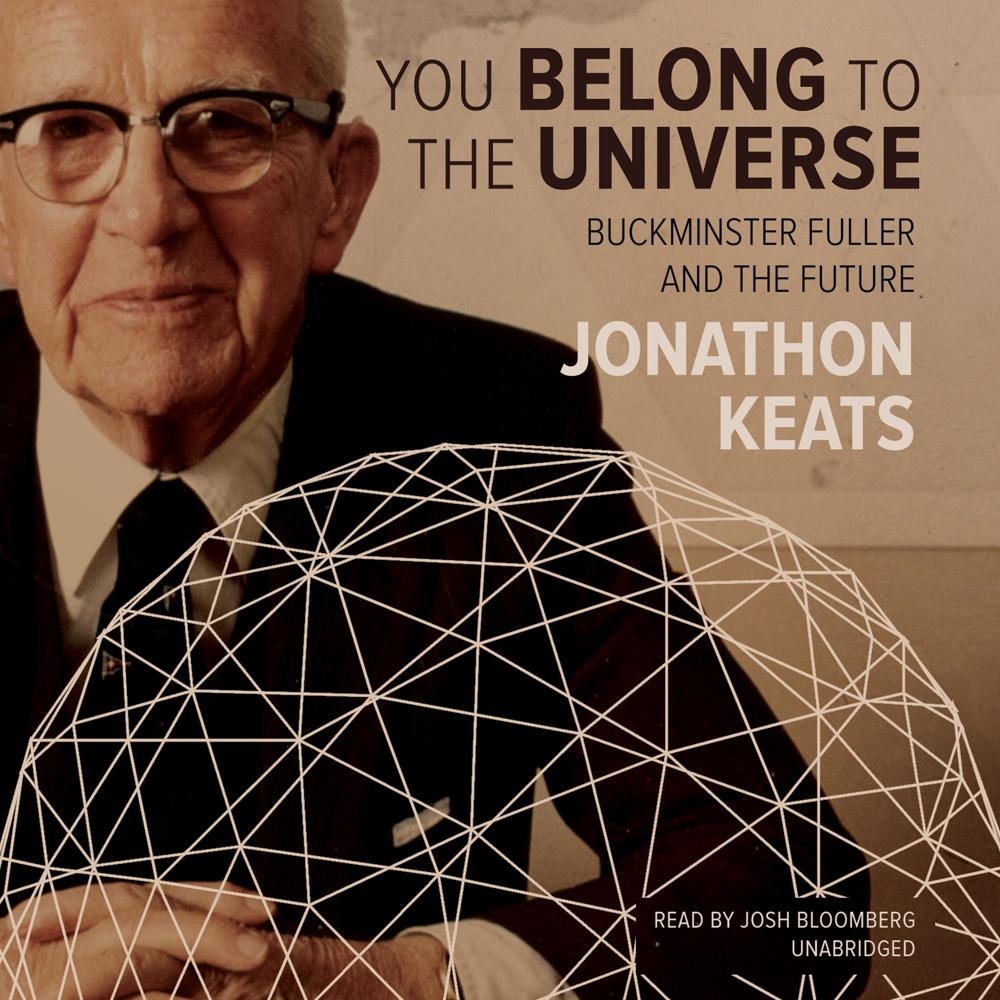 A self-professed “comprehensive anticipatory design scientist,” the inventor Buckminster Fuller (1895–1983) was undoubtedly a visionary. Fuller’s creations often bordered on the realm of science fiction, ranging from the freestanding geodesic dome to the three-wheel Dymaxion car to a bathroom requiring neither plumbing nor sewage. Yet in spite of his brilliant mind and lifelong devotion to serving mankind, Fuller’s expansive ideas were often dismissed, and have faded from public memory since his death.

You Belong to the Universe documents Fuller’s six-decade quest to “make the world work for 100 percent of humanity.” Critic and experimental philosopher Jonathon Keats sets out to revive Fuller’s unconventional practice of comprehensive anticipatory design, placing Fuller’s philosophy in a modern context and dispelling much of the mythology surrounding Fuller’s life. Keats argues that Fuller’s life and ideas, namely doing “the most with the least,” are now more relevant than ever as humanity struggles to meet the demands of an exploding world population with finite resources. Delving deeply into Buckminster Fuller’s colorful world, Keats applies Fuller’s most important concepts to present-day issues, arguing that his ideas are now not only feasible, but necessary.

From transportation to climate change, urban design to education, You Belong to the Universe demonstrates that Fuller’s holistic problem-solving techniques may be the only means of addressing some of the world’s most pressing issues. Keats’ timely book challenges each of us to become comprehensive anticipatory design scientists, providing the necessary tools for continuing Fuller’s legacy of improving the world.

“It’s become cliché for people in tech to say they want to make the world better. But Fuller meant it. In You Belong to the Universe: Buckminster Fuller and the Future, Keats explores Fuller’s life and work with an eye toward what companies like Google and Tesla Motors owe a man who (for real) wanted to change the world.”

“In You Belong to the Universe, Keats offers a new perspective on the legacy of R. Buckminster Fuller and suggests that his timeless approach to design could affect global change.”

“Buckminster Fuller is perhaps one of the most unrecognized visionaries of the twentieth century. In You Belong to the Universe, Jonathon Keats unpacks the many eccentric details of Fuller’s life, and explores the implications of Fuller’s designs and blueprints for a better society…Keats presents an interesting look at the way innovation has transformed from Fuller’s day into the energy and cost saving practices that are being explored today.”

“Keats’ excellent book on Buckminster Fuller recalls a remarkable life in engineering and beyond, an underestimated and underappreciated life. Fuller’s tale reminds us that the future is best predicted by those who invent it.”

“Keats emphasizes [Buckminster Fuller’s] ideas without ignoring his often controversial accomplishments in a biography that manages to be enthusiastic without descending into hagiography…Keats’s insightful account of this impressive American innovator reveals a man who managed to be ‘both corporate and anti-establishment,’ more pragmatic than concerned with resolving contradictions.”

“Was Buckminster Fuller a dreamer, a genius, or a deluded crackpot? In his fascinating book Jonathon Keats shows that Fuller was all three—and that his vision of a design-driven global ecosystem in which humans live harmoniously with nature is more pertinent now than ever before. More than just a biography of the man and his ideas, Keats’ book is an inspiring call to action.”

“Fuller was born in privilege, educated by experience and his own intuition, and created his own myth. Along the way he enriched human existence with inventions such as the geodesic dome and revolutionary concepts about peace and our place in the environment. Jonathon Keats has done a superb job of distinguishing fact from legend and refocusing our attention on Fuller’s thoughts and perceptions. The work of a remarkable man has yielded a remarkable book.”

“A wonderfully written and highly necessary book about one of the twentieh century’s most enigmatic outliers.”