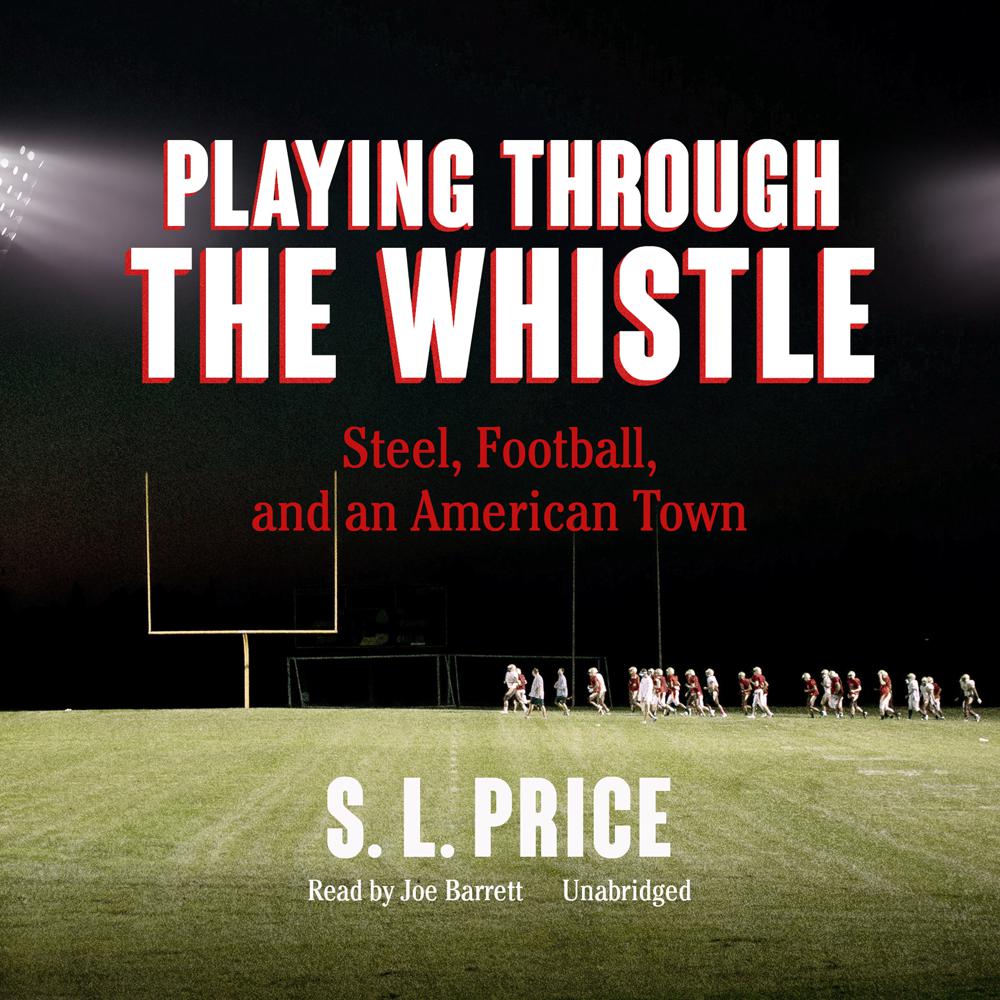 From a Sports Illustrated senior writer, a moving epic of football and industrial America, telling the story of Aliquippa, Pennsylvania, its now-shuttered steel mill, and its legendary high school football team

Aliquippa, Pennsylvania, is famous for two things: the Jones and Laughlin Steel mill, an industrial behemoth that helped win World War II, and football, with a high school team that has produced numerous NFL stars including Mike Ditka and Darrelle Revis. But the mill, once the fourth largest producer in America, closed for good in 2000. What happens to a town when a dream dies? Does it just disappear?

In Playing through the Whistle, celebrated sports writer S. L. Price tells the story of this remarkable place, its people, its players, and through it, a wider story of American history from the turn of the twentieth century. Aliquippa has been many things—a rigidly controlled company town, a booming racial and ethnic melting pot, and, for a brief time, a workers’ paradise.

Price expertly traces this history, while also recounting the birth and development of high school sports, from a minor pastime to a source of civic pride to today, when it sometimes seems like the only way out of a life of poverty, drug abuse, and crime. Playing through the Whistle is a masterpiece of narrative journalism that will make you cry and cheer in equal measure.

American football, History of the Americas

“A sprawling display of Price’s signature prose: sharp, vivid, and particular…With football as his lens, Price transports you to the glory days of an iconic American steel town.”

“An artful mix of history, economics, sociology, and athletics……Price’s football story is really that of America’s Rust Belt in poignant miniature.”

“The author provides memorable characterizations of cocky English-teacher-turned-football-coach Mike Zmijanac in the 1970s and star defensive lineman Jeff Baldwin in the ’80s…A more thorough account of any high school athletic program in the country would be tough to find.”

“Price, a Sports Illustrated senior writer, tells the town’s story all very well…There are also, of course, revealing anecdotes about individual players and the coaches.”

“Playing Through the Whistle is a big book on a tough town. It reminded me of The Wire, which is high praise.”

“With deeply nuanced reporting, and a style that’s both big-hearted and unsentimental, Playing through the Whistle isn’t merely the history of an American town, but American history itself.”