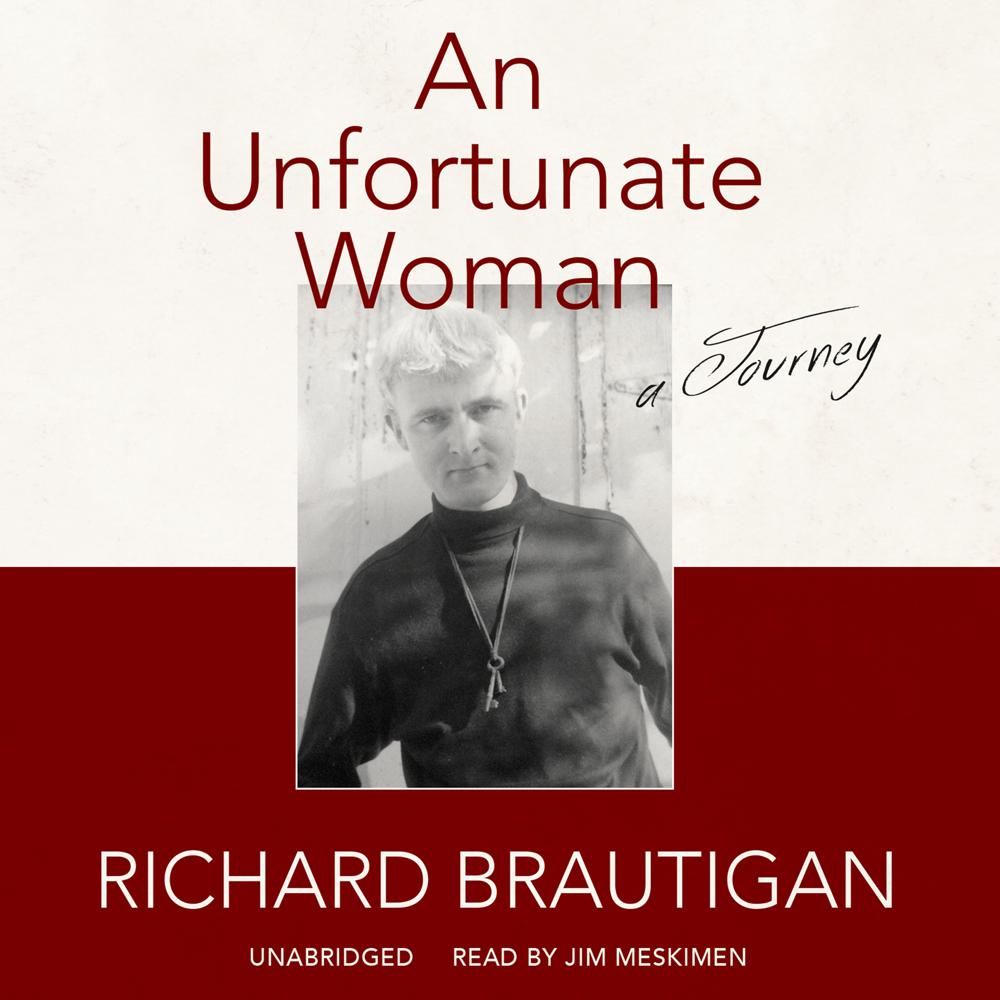 This is Richard Brautigan’s last novel, published posthumously in 2000, now in audio for the first time.

Richard Brautigan was an original—brilliant and wickedly funny. His books resonated with the 1960s, making him an overnight counterculture hero. Taken in its entirety, his body of work reveals an artistry that outreaches the literary fads that so quickly swept him up.

Dark, funny, and exquisitely haunting, his final book-length fiction explores the fragile, mysterious shadowland surrounding death. Told with classic Brautigan wit, poetic style, and mordant irony, An Unfortunate Woman assumes the form of a peripatetic journal chronicling the protagonist’s travels and oblique ruminations on the suicide of one woman and the death of a close friend from cancer.

After Richard Brautigan committed suicide, the manuscript of An Unfortunate Woman was found among his possessions by his only child, daughter Ianthe Brautigan. It had been completed over a year earlier but was still unpublished at the time of his death. Finding that it was too painful to face her father’s presence page after page, she put the manuscript aside.

Years later, having completed a memoir about her father’s life and death, Ianthe Brautigan reread An Unfortunate Woman, and finally, clear-eyed, she saw that it was her father’s work at its best and had to be published.

“An Unfortunate Woman is not only vintage Brautigan but is among his best, filled with breathtaking insights about our life now.”

“I read it in one sitting—its only 110 pages—and felt the loss of this remarkable talent. His insights into life were incredible.”

“In this posthumously released novel, Richard Brautigan’s voice—quipping, punning, strewn with non sequiturs—comes like a rattling of chains…Devoted readers will find the dark, self-revealing side of a man who felt middle age like a blow to the head.”

“The gravity-free movement of Brautigan’s remarkable mind, the piercing comic insights, the deft evocation of the thoroughly marginal places are aching reminders of this most original writer.”

“How fortunate we are to have another book by our friend Richard Brautigan, a man we all respected and loved.”

“Now comes an eccentric little novel finished in 1982—and this droll, gifted, brilliant writer comes to life all over again…Like Laurence Sterne, Brautigan is ‘actually writing about something quite serious, but in a roundabout way,’ and, like Whitman, he’s writing about the greatest enormities as sensed in the smallest turnings of nature and—of self….Toward the end, the sorrow is transformed for the reader into something ever durable, hopeful, and alive. A treasure.”

“A semiautobiographical description of one man’s experience of the classic symptoms of depression…Even so, Brautigan maintains his ironic humor and his ability to write clear, often crystalline prose…The reader cannot help being moved by this candid cri de coeur of a soul in anguish, and to his fans, these last words will be a book to treasure.”