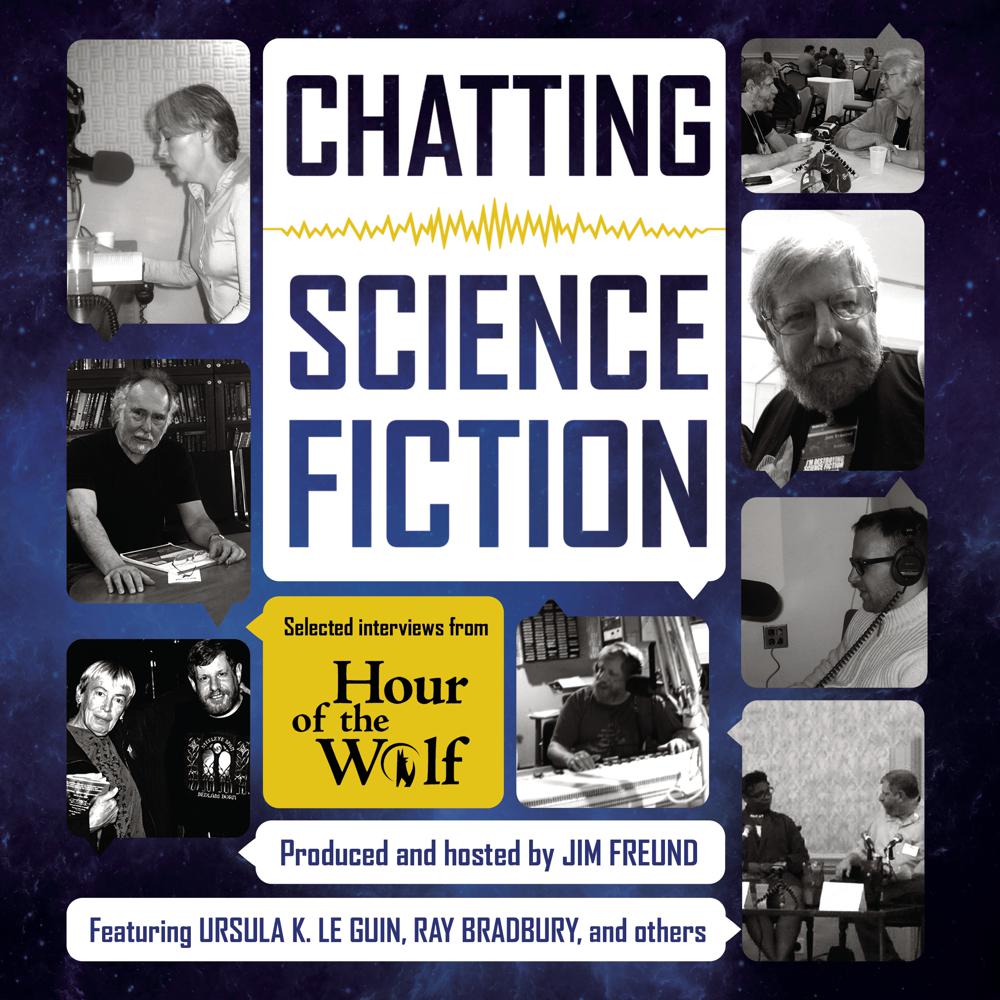 This collection of interviews and chats is culled from some of the more recent episodes of the world’s longest-running radio program on speculative fiction, Hour of the Wolf, produced and hosted by Jim Freund since 1974. Many of these recordings were made at conventions, the Nebula Awards, some with the audience, and some in studios. Collectively, these interviews make up a road tour of some of today’s greatest voices in speculative fiction.