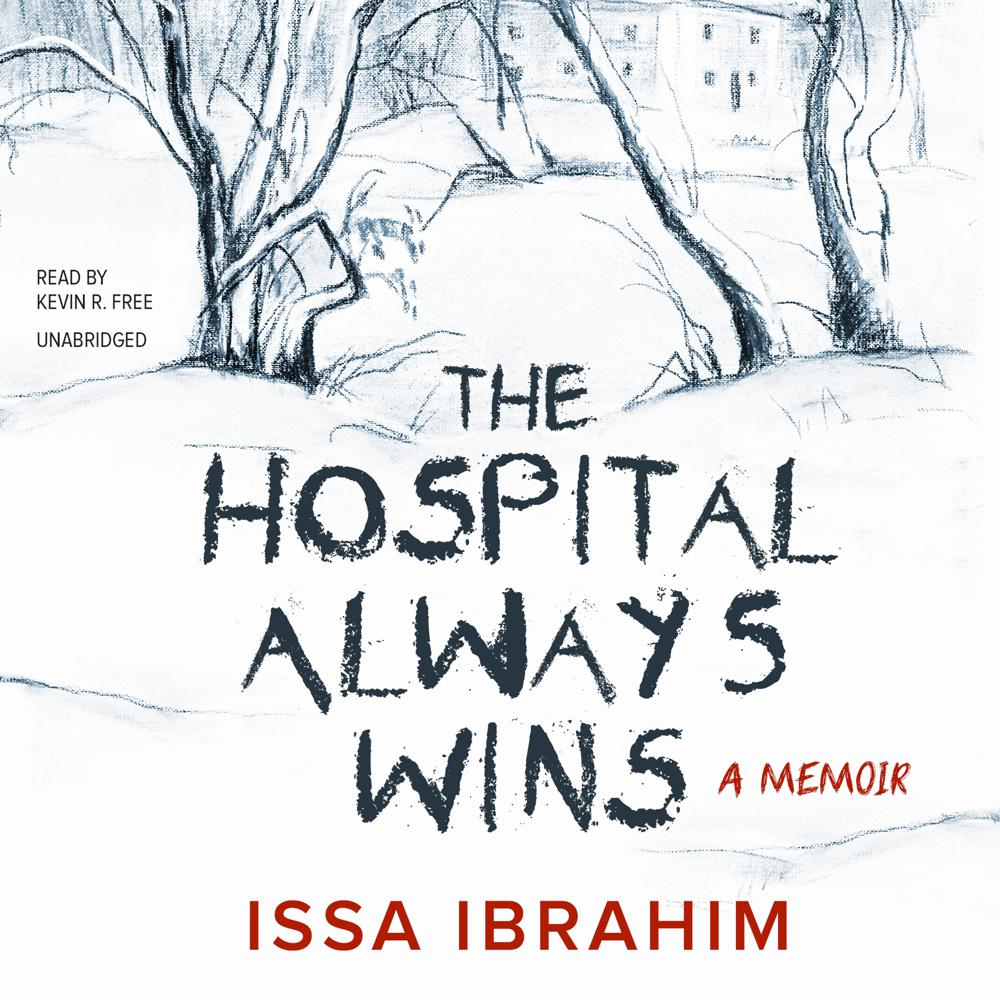 Issa Ibrahim’s memoir details in searing prose his development of severe mental illness leading to a horrific family tragedy, his acquittal by reason of insanity, and his subsequent commission to a mental hospital for nearly twenty years.

Raised in an idyllic creative environment, mom and dad cultivating his talent, Issa watches his family’s descent into chaos in the drug-crazed late 1980s. Following his father’s death, Issa, grief-stricken and vulnerable, travels down a road that leads to psychosis—and to one of the most nightmarish scenarios conceivable.

Issa receives the insanity plea and is committed to an insane asylum with no release date. But that is only the beginning of his odyssey. Institutional and sexual sins cause further punishments, culminating in a heated legal battle for freedom.

Written with great verve and immediacy, The Hospital Always Wins paints a detailed picture of a broken mental-health system but also reveals the power of art, when nurtured in a benign environment, to provide a resource for recovery.

Ultimately this is a story about survival and atonement through creativity and courage against almost insurmountable odds.

“I picked up The Hospital Always Wins and couldn’t put it down. Issa Ibrahim writes with remarkable clarity and an artist’s skill for evoking place and time and the inner landscape of his own mind.”

“Artist Ibrahim’s desperate memoir feels as though it was carved from his heart.”

“A heady brew of sex, drugs, painting, and music fills this memoir by a man who spent nearly two decades in a mental hospital…No shrinking violet, the author regales readers with tales of his sexual escapades with female staff, his success as a painter and a musician, the intransigence of his psychiatrists, and the loyalty and diligence of his lawyer. The incarceration chapters show him as a mature man struggling for his freedom; the chapters spliced between show him as a drug-addicted youth spiraling down into madness…This occasionally overwhelming torrent of words reveals both an irrepressible individual with a talent for survival and a mental health system in dire need of repair.”

“A beautifully written masterpiece of shocking truths, powerful drama, and gripping storytelling. It pulled me down the rabbit hole and spit me out under a deadly cold light, deftly transformed to an unexpected warmth by the remarkable compassion of the author. I couldn’t put it down until the truly shocking finish.”